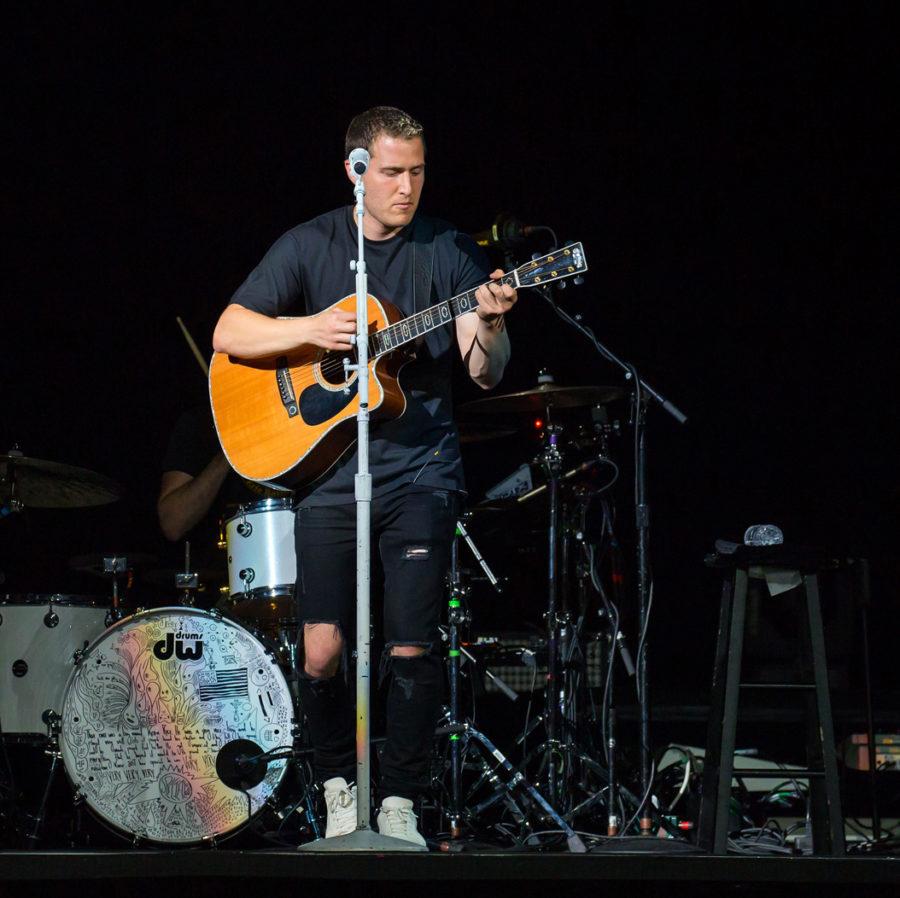 Acrobats will juggle and flip alongside musicians and food truck vendors on Bigelow Boulevard Sunday as crowds take over the street at Bigelow Bash.

Bigelow Boulevard will transform into a festival venue Sunday, April 9, beginning at 1 p.m., for Bigelow Bash — an annual concert and festival organized by the Pitt Program Council.

Mike Posner, pop musician and songwriter, and Cheat Codes, an electronic music DJ trio, will headline the event. 4udio L3gacy, an EDM group comprised of students who won the Battle of the Bands to earn their spot in the lineup, will open the show.

Aside from music, the event will also feature Great Dubois, an acrobat duo who will perform on the William Pitt Union lawn, and a variety of food trucks from around the city for attendees to choose from.

According to Deandra Prevot, PPC’s public relations director, the expected number of attendees is hard to determine and depends on a number of factors leading up to the day. She didn’t elaborate any further. Looking at the addition of the circus acrobats, Prevot said the PPC wanted to diversify the recreation at this year’s Bigelow Bash.

Students can attend the concert and acrobatics for free with the option to purchase food from the third annual food truck festival.

The food trucks will operate on of a system of paid tickets where students can purchase a maximum of 10 tickets for $1 each that they can use to purchase ribs, tacos or perogies from ten different food trucks at the event.

Additionally, Pitt’s Department of Housing and Dining partnered with Pepsi, which will have representatives giving out free drinks and prizes.

PPC’s Special Events Committee, a group of 30 students, chose the headliners by working with an agent to narrow down and help book artists they were interested in. In the end, the decision came down to artists’ availability.

Mike Posner, originally made famous by his 2010 hit single “Cooler Than Me,” recently returned to the music scene with his 2015 song “I Took A Pill in Ibiza.”