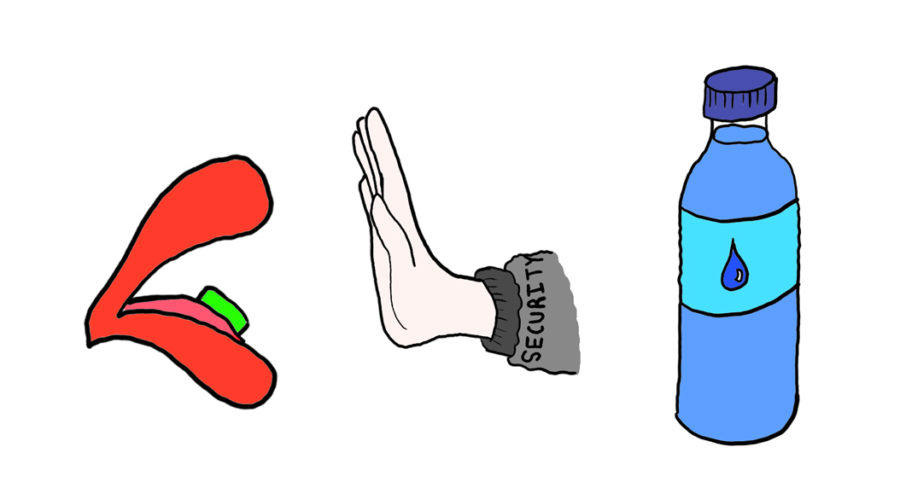 When I walked through the security gates at Electric Zoo — a dance music festival that takes place every Labor Day weekend in New York City — in 2015, there was a noticeable nervous vibe in the air.

Police walked dogs up and down the aisles of festival-goers waiting to enter the grounds, as security thoroughly patted down anxious entrants. These increased measures came after the  deaths of two at the festival, reportedly due to MDMA overdoses, in 2013. These tragedies were only one example of an increasing trend: Mingled with the eclectic bands and vibrant fashion trends, abusing drugs has become a staple of festival culture.

The popularity of drugs — most of which are illegal and synthetic — combined with festivals’ generally poor safety precautions, has led to dangerous instances across the country. Following the incidents at Electric Zoo in 2015, two and three college-aged kids died at Hard Summer in southern California in the summers of 2015 and 2016, respectively.

Approximately 32 million people will attend music festivals in the U.S. this year, according to Billboard— a 2016 report from Aloompa showed that 51 percent of Americans attended a music festival in 2015, up nearly 10 percent from 2014. As the number of music festival-goers increases, drug-related deaths at these festivals have likewise been increasing in recent years. While the large bulk of deaths are due to trampling, structural collapses or motor-vehicle accidents, a 2014 Canadian study found that 13 percent of all deaths at music festivals were related to drug and alcohol use between the years 1999 and 2014. Meaning that of the deaths not involving physical trauma, drugs and alcohol were by far the most prevalent causes. Additionally, the authors of the study noted that this number doesn’t include unreported deaths, a figure that could be much higher. Add that to the number of people who are harmed by drugs, but not fatally: there are still numerous hospitalizations for sickness, injuries and arrests at festivals.

If we noticed an uptick in people dying or being injured from stage malfunctions — microphones short circuiting, platforms collapsing, roofs falling in — we’d be coming up with solutions immediately. We should do the same for increasing drug abuse at festivals. First, we need to acknowledge that young people attending concerts aren’t going to stop experimenting with drugs, regardless of how many of their peers die from it or how aggressive security may be. The “just say no” to drugs approach isn’t a relevant one here. Because many of the drugs most frequently taken at these events are illegal — MDMA, LSD and cocaine — people are less likely to report their usage, making it more difficult to determine how many attendees are consuming them.

DrugAbuse.com — a website dedicated to providing information and resources about drug addiction and recovery — conducted an Instagram-based study in 2015 that measured how often people hashtagged or mentioned certain types of drugs in the captions of photos taken at music festivals. The results showed that alcohol was the most commonly mentioned drug with MDMA/ecstasy a close second. Although this study does not decipher whether those who mention the drugs are in fact taking them or just talking about them, the correlation is still clear.

Although deaths from MDMA or other drugs are often reported as overdoses, this isn’t always the exact case. DanceSafe — a nonprofit organization dedicated to educating people on how to safely take drugs — argues that most reported MDMA overdoses aren’t even technically “overdoses” but rather deaths and injuries due to heatstroke and other complications from these drugs.

Music festival organizers know that their target ticket-buyers aren’t going to give up drugs. And they know which kinds of drugs are most likely to be abused. So instead of ignoring the issue as an unfortunate side effect of “festival culture,” we should be doing something to make safety a bigger priority.

Offering better access to water and medical help in addition to implementing drug-testing stations are steps that should be taken to immediately to help prevent possible deaths this upcoming festival season.

At an Avicii concert in Boston in June 2014, the temperature reached almost 90 degrees, and 36 concert attendees were rushed to the hospital, reportedly for dehydration, which is a side effect of both MDMA and alcohol.

In order to combat the negative effects of these illegal drugs, it is imperative that music festivals provide the resources for their ticket holders to be properly cooled and hydrated. Many festivals, such as EDC Vegas and Bonnaroo, provide water refill stations, but large crowds pile up into long lines at the fountains. And the cost of purchasing a bottle of water from a vendor with a shorter line can be high — with the average being $4, according to EDM.com — making people less inclined to buy them.

Festivals should make sure the cost of water bottles is affordable or that there are enough water refill stations to provide for the crowds.

Dehydration and hyperthermia aren’t the only risk factors that accompany drug use, so it will take more than just a few extra water stations to fix the issue. Because so many drugs consumed at these festivals are illegal, a buyer doesn’t always know what might be in them or if that ecstasy is really ecstasy.

Drug testing stations where attendees can check the contents of their pills with anonymity and no repercussions can help combat the danger of attendees accidentally consuming unknown drugs. In the United Kingdom, a nonprofit organization called The Loop makes its rounds to various music festivals with the purpose of testing drugs and providing drug safety information.

In the U.K., the group is allowed to test a sample of the drug, and since it’s often destroyed during the process, there’s nothing to be returned to whoever submitted it. In the U.S., groups who try to do similar work give out self-testing kits instead. Right now the process is not, strictly speaking, legal. So those in charge of the stations, usually nonprofit organizations, either have to convince the police at the festivals to look the other way or risk fines and confiscations.

By instituting greater safety measures, such as better access to water, and by allowing legal drug testing stations or self-testing kits in the U.S., we can make safety part of the vibe at music festivals.

Festivals have never been — and probably never will be — drug-free. But we can do more to make sure they’re death-free.

Julia primarily writes about politics and social issues for The Pitt News.

Write to Julia at [email protected].