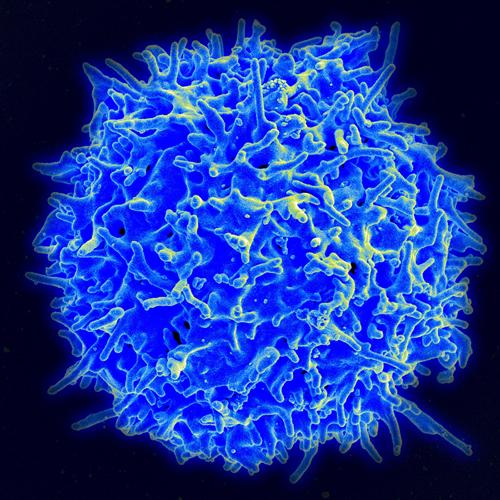 Doctors already fight cancer by stimulating patients’ immune systems, but after a recent Pitt-led study, researchers may have a better idea of how to target specific immune cells to improve their treatment.

According to recent findings by Pitt researcher Robert Ferris, doctors will now be able to better select patients for immunotherapy — a form of cancer treatment in which doctors use a patient’s immune system to fight cancer cells — based on a patient’s quantity of specific immune cells. By examining the number of these cells a person has, Ferris said doctors can target their treatment toward deactivating these cells, which often can suppress the immune system from preventing cancer. Ferris shared these preliminary results from a University of Pittsburgh Cancer Institute study at the American Association for Cancer Research’s annual meeting in Washington, D.C., April 2.

This research, Ferris said, allowed his team to identify a pair of malicious proteins — known as PD-1 and PD-L1 — which help cancer cells escape the immune system.

“We found a way to reverse one suppression of the immune system to turn it back on and kill cancers,” Ferris said.

The other important takeaway from this research, according to Ferris, is that doctors can now identify patients who might be better suited for other treatments like chemotherapy or radiation. Immunotherapy can often be very effective on patients with a certain level of PD-L1, but it isn’t the best treatment for all patients — particularly those without the proper levels of certain immune cells identified in the study.

“[The findings] should improve our selection of patients likely to respond to this effective, but expensive immunotherapy,” Ferris said. “We don’t want to put patients onto this [treatment] who aren’t likely to respond.”

In a 2015 National Center for Biotechnology Information study, researchers determined the cost of a patient using the immunotherapy agent nivolumab — the drug used in Ferris’ research — to be over $100,000 per patient.

The preliminary results of the recent Pitt study came as part of an extension of a 2016 study by Ferris, which demonstrated that certain immunotherapies were effective in patients with head and neck cancers. Ferris said, however, that the older study raised questions about why the therapy was effective in some patients and not as effective in others. The more recent study helped the researchers determine the proteins related to weakening immune systems, but they are still at a loss as to what causes a patient to have higher or lower levels of this protein.

Lisa Butterfield, a Pitt professor of medicine, surgery and immunology, said that although this is a huge breakthrough, there is still work to be done to fully identify the best patients for this treatment. It’s up to Ferris and his collaborators to narrow the treatment criteria even further.

“Dr. Ferris’ investigation is trying to help identify the patients,” Butterfield said. “[He’s] helping to identify the best patients for the right drug.”

Ferris’ work, and the rest of the work from Pitt’s CIP is part of a larger, blossoming field of immunotherapy research. According to Arvind Suresh, manager of science writing on UPMC’s media relations team, the field of research is growing because it has direct applications in the world of cancer treatment.

“Some of these research advances have translated to clinic successfully and have had impacts in patients’ lives, so it’s become a big area [of research].”

Butterfield — who wasn’t involved in Ferris’ particular research, but also does work in immunology — said following Ferris’ breakthrough, she was excited for the future of the field, which will hone in on the patients who respond best to this treatment. Immunotherapy, in general to her, is work worth pursuing.