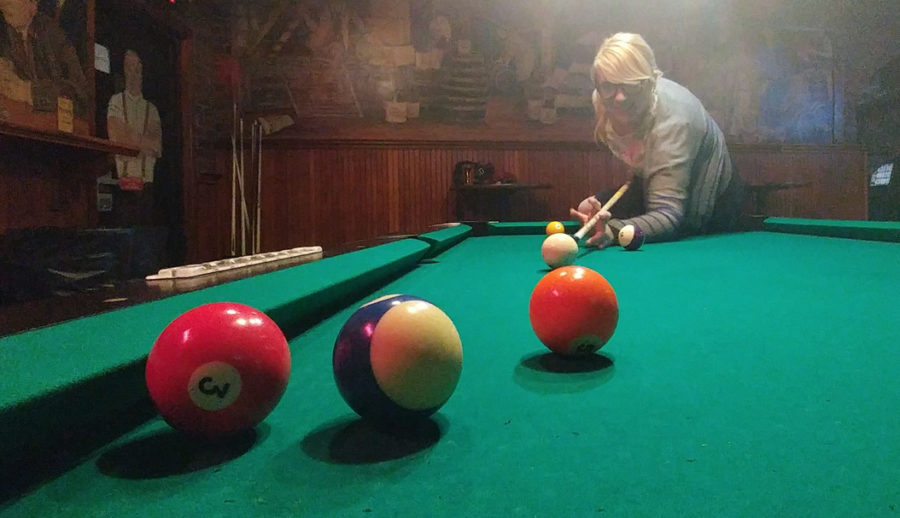 No alcohol-themed edition of The Pitt News would be complete without an argument for the best bar in Oakland. This year, we’re bringing you two takes on the controversial issue. Read and enjoy as two of our editors square off on their opinions for the best place to grab a drink in our beloved Oakland.

Hemingway’s Cafe, AD’s Pittsburgh Cafe, rest in peace, and Garage Door Saloon. When it comes to Oakland bars, they each have their own special flavor, atmosphere and set of Saturday night specials.

An argument about the best bar in Oakland is, inevitably, subjective. It all comes down to what you’re looking for, which means each person’s opinions differ and that’s okay. But I ask you: Think back on the best nights you’ve had in college. Maybe not the craziest or the most wild — but the best.

For as many raging Long Island Iced Tea Thursdays at Hemingway’s or time spent on the dance floor at Peter’s Pub that might come to mind, I would bet that some of your most fun nights, like mine, are from a more classic atmosphere — which, in Oakland, can be hard to come by. But there is one bar that gets it right like no other: Bootlegger’s.

More affectionately known as Boots, this little gem sits on the corner of Semple and Bates Streets, right across from a lovely array of Oakland staples: Mellinger’s Beer Distributor, Larry & Carol’s Pizza and the Gyro Pit.

And unlike its brothers and sister bars up the street, Boots always guarantees you a good time and a quintessential American bar experience. It transports you back to an earlier, less health-conscious time, with the dim lighting, wood-panelled walls and a light but omnipotent cloud of smoke. Bootlegger’s is the classic American bar, as its dingy, tiny bathrooms and Prohibition-era namesake clearly show.

A mix of college students and Pittsburghers means you aren’t guaranteed to run into an awkward conversation with acquaintances or your crush from first-year residence hall. Most bars in Oakland have a target population. Peter’s is for cool kids and Greek life, G-Door is for fifth-years and graduate students and Pub Underground is for the younger drinkers.

And to be quite frank, Gene’s used to be the best-kept secret in Oakland. But alas, the secret slipped, and now everyone knows it’s the place to grab a cheap beer and chat with friends in a casual atmosphere. It used to be the place for outcasts, but that very fact made it hip, so now it’s too often crowded with people who are far too cool for me.

Bootlegger’s isn’t really known for anything, which is part of its appeal. If it appeals to any type most directly, it’s definitely the Hufflepuff-esque inhabitants of Oakland.

And perhaps the best feature of Boots are the little treasures that sit in the back room, around the small doorway to the right, an oasis that should be a necessary requirement for any bar to be considered the best.

The duel pool tables sitting underneath the mural depicting all the big names of early 1910’s and 20’s American offer endless opportunities — ones you can’t find at bars in Oakland other than Boots and Garage Door Saloon: the pool tables. From taking turns with a big group of friends, playing a pair of strangers or slowly watching my boyfriend get better than me — you can read his not-so-hot take on Oakland’s best bar across the page — Boot’s billiards make it the perfect destination for any time of the night or day.

It is, admittedly, hard to beat the prices of cheap drafts at Hemingway’s or Gene’s Place. But what you lose in a few dollars a night at Boots is well worth it for the vibe and experience. At Boots, you can get a drink in a matter of seconds and its guaranteed to be in the proper, bar glass.

And of course, I’ve had some great nights out at other Oakland bars, even with the crowded and crazy atmosphere. But when I look back on my best weekend memories in college, almost all of them revolve around the more low-key nights. And more than their fair share of them include a trip down to Semple Street.

And for an easy-going lady raised in the backwoods of southern Maryland like myself, it’s exactly what I need to combine my love for city living with my nostalgia for a simpler time and place.

So if I’m lucky and I can convince my friends to go, that’s where you’ll find me. And if you really don’t believe me, I’ll meet you there. Next game of pool is on me.

Amber is the opinions editor at The Pitt News. She primarily writes about gender and local politics. Write to Amber at [email protected].