Flirting with the future: embrace uncertainty in jobs and dating 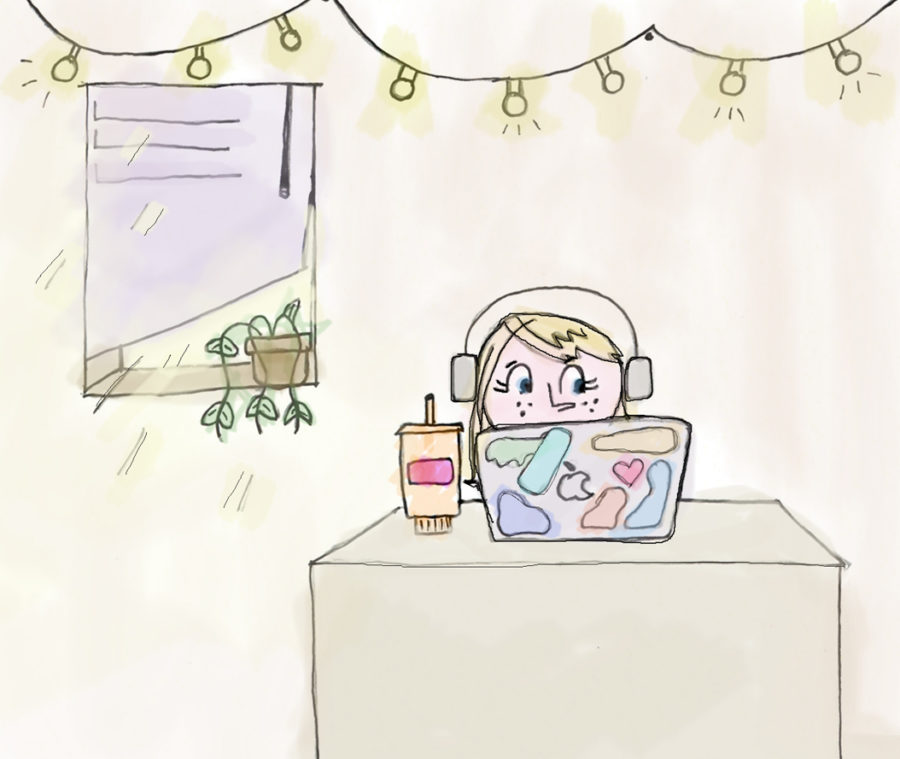 It’s a sunny spring afternoon in Oakland — the kind of day that typically calls for Conflict Kitchen consumed cross-legged on the Schenley lawn.

But instead of chowing down on falafel while basking in Cathy’s beauty, I’m shuttered indoors, armed with a large Dunkin Donuts iced coffee and my trusted “Hire Me” spreadsheet — where I meticulously record each job I’ve applied to.

As a graduating senior, I’ve come to perfect the maddening routine of applying for jobs — research potential opportunities, submit application, follow up, log into spreadsheet, rinse and repeat. Throughout this tiring process of trying to get the right people’s attention, which started over winter break and has slowly seeped into spring, I realized my actions mimicked another aspect of being a senior in college. I was on a caffeine-induced applying spree when I had the ultimate breakthrough: job searching parallels the early stages of dating.

Let’s start with the initial interaction — that first email from a recruiter requesting a casual “phone chat” or a text from the unknown number you met at the bar last weekend. Both require a group effort. I have a few pairs of eyes skim over almost every reply email I send to a recruiter. Similarly, I often enlist multiple friends to craft a reply text that projects the perfect amount of apathy.

Then, there’s the first face-to-face meeting, the moment that defines the future of the relationship. The in-person job interview is like a first date — both parties agree to meet, curious about what the other has to offer, prepared with back-up talking points to avoid any awkwardness. First date and initial interview interactions are defined by do’s and don’ts, sculpted by societal decorum. Ask questions, but don’t come across as pushy or over eager. Be personable and relaxed despite the obvious fact that the other party is analyzing every word you say.

Both pursuits don’t necessarily progress in typical textbook fashion — getting hired is complicated, just like defining the boundaries in a relationship. For example, a long-term internship is like that person you’ve been talking to on-and-off for the past two years. Will you date after college? Will the internship become a full-time position? Will it ever get serious? Find out on next week’s episode of “True Life: I’m A Senior In College.”

Recently, I was getting my eyebrows waxed when the bubbly stylist popped the “What are your post-grad plans” question in hopes of distracting me from the pain, to which I casually replied, “I don’t know yet.” Then, she followed up with, “Are you dating anyone?,” to which I replied, “No.” Not much of a conversation starter, but she did take my attention away from the hot wax — I smiled to myself upon discovering yet another parallel between getting hired and dating. Whether you’re conversing with your eyebrow-waxer or a chatty Uber driver, the two questions are so often coupled together in small talk with strangers.

Both processes — that of finding a job and a significant other — are equal parts thrilling and anxiety-inducing to say the least. As of now, I’ve yet to commit to a job or another person, and I’m not complaining.

To seniors in a frenzy over not finding the perfect first job: don’t settle. Keep searching — because just like the pursuit for a significant other, you don’t want to rush it. As tiring as it is to be caught in the throes of the dating-job-searching-recent-graduate game, I try to enjoy the processes and remain optimistic about the outcomes. Though it’s an emotional time, I realize the feelings are fleeting, which makes the uncertainty bearable.

Don’t let short-term inevitable anxiety on the job hunt paralyze you from losing sight of the bigger picture. It’s better to invest the time seeking the right opportunities now than regret not putting the effort in later. Keep submitting your applications into the internet void and logging it every time you do. Unemployed or newly hired alike, toss your graduation cap in the air knowing that the future is yours to flirt with — whether it be with a job recruiter or a new Tinder match.

Also, to clarify: No, I do not have a “Date Me” spreadsheet for logging past, present or future romantic partners. But it wouldn’t be an inapplicable idea.

Emily is a contributing editor at The Pitt News. This is her debut column, and probably her last.

Write to Emily at [email protected]