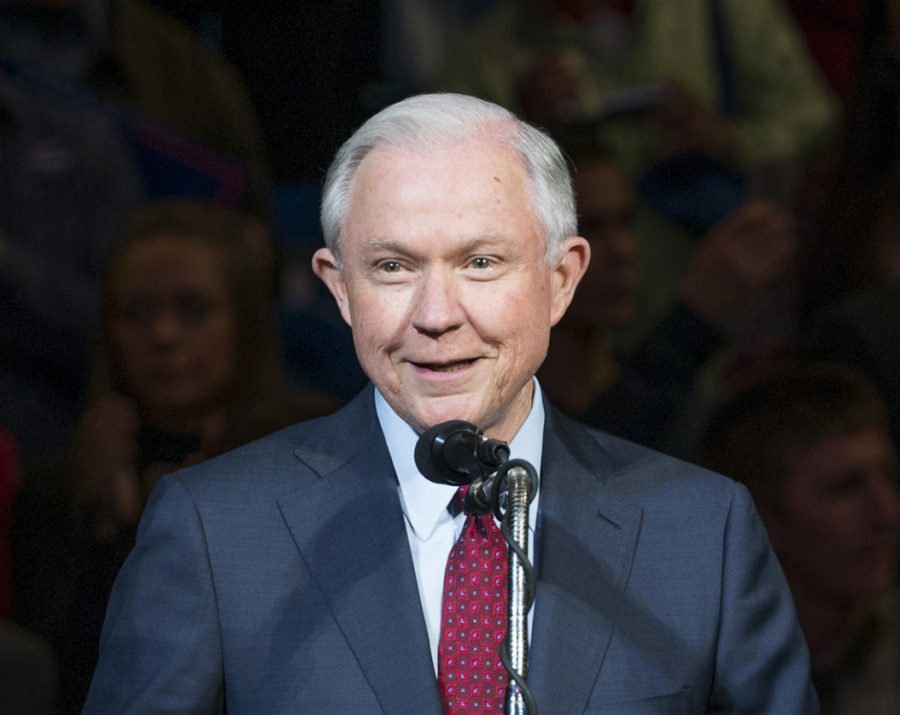 Since taking office in January, President Donald Trump hasn’t been too talkative regarding his stance on marijuana. Attorney General Jeff Sessions, on the other hand, has not been as quiet on the matter.

“I’m dubious about marijuana,” Sessions said at a meeting with state attorney generals in Washington, D.C., this February. “I’m not sure we’re going to be a better, healthier nation if we have marijuana sold on every corner grocery store.”

Sure, smoking pot might have a reputation for making you lazy. But contrary to what Sessions might say, the recreational legalization of marijuana could be both medically and economically beneficial to the United States.

In the past five years, eight states and the District of Columbia have passed legislation legalizing the recreational use of marijuana, despite a lack of support from the federal government.

The federal Drug Enforcement Administration lists marijuana as a Schedule I substance, along with drugs like heroin, ecstasy and peyote. This means, according to the U.S. government, the drug has “no currently accepted medical use and a high risk for abuse.”

But not even everyone in the federal government agrees with this classification, which was first designated in 1970 and appears increasingly outdated. Information on the website for the federal government’s National Cancer Institute acknowledges that cannabinoids are effective at preventing colon cancer and killing liver and breast cancer cells without disrupting the normal cells around them. This could help improve the effectiveness of chemotherapy. The organization also found that marijuana could be useful in relieving pain and nausea, improving sleep and helping those who suffer from various mental health issues, including anxiety and eating disorders.

But not all Americans are able to access the positive medical effects of this drug. Marijuana is only legal for medical use in 28 states, including Pennsylvania.

And just because it’s legal doesn’t mean that everyone who could benefit from medical marijuana has access to it. Because there are no federal guidelines, states are left to create their own rules about how the drug should be prescribed. This inconsistency limits patients with less medically accepted diagnoses, like mental health, to the therapeutic effects the drug has to offer them.

In Pennsylvania, the conditions that constitute acceptance to the medical marijuana program — though they do include post-traumatic stress disorder — do not include common mental health issues which can affect everyday life as much as any physical illness.

But the Keystone state isn’t alone in excluding mental illness from its list of qualifying conditions. California, Massachusetts and the District of Columbia are the only states with overarching provisions for doctors to prescribe marijuana to patients with a persistent and debilitating condition which wouldn’t qualify even in most states with legal medical marijuana.

If the medical legalization of weed was expanded to all 50 states and included everyone who would benefit from the drug, continued criminalization of the recreational use of marijuana would still place an economic burden on the country.

Though only eight states have legalized the recreational use of weed, one in every eight adults report currently using marijuana according to a Gallup poll from last August. With more than 13 percent of the population smoking weed, effective enforcement of marijuana laws strains resources.

According to a 2012 study from Harvard economist Jeffrey Miron, full marijuana legalization would save the United States more than $13 billion a year. About $8 billion of these savings would come from no longer having to enforce the prohibition, and the rest would be generated if the drug were taxed at the same rates as tobacco and alcohol.

For each of the one million individuals currently on probation, parole or in prison, each state spends an average of $30,000 to $50,000 each year. Comparatively, that same amount is spent on all 50 millions American public school students.

Legalization would allow taxpayer money currently spent on the enforcement of marijuana laws to go toward other public services including food programs, health care and education — all which are victims to Trump’s proposed budget cuts.

Whether this money goes toward providing students with new technology or reducing the cost of school lunches, the money that is being spent on drug offenses would be much better spent on other programs.

If Sessions doesn’t have a problem with alcohol and tobacco being sold in corner stores, there is no reason that marijuana shouldn’t join them. And who knows, maybe better educated children and more effectively medicated patients could be the key to a “better, healthier” America.