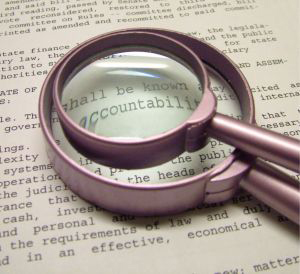 As an editorial board, we publish our collective opinion on a relevant topic every day.

It might seem like we’re bashing the government, administration and authority in general, but that’s not why we do it. We don’t publish editorials just to shout into the void or to place blame. We do it because we sincerely care about the communities we cover and want our criticism to inspire real change, making the school and city we love better for everyone.

As the school year comes to an end and the editorial board is finishing up in our current positions, we have one last take we want to bring to our readers.

That issue is about transparency. It’s an idea of particular importance to us as a newspaper, since we don’t do our jobs in isolation from the community. We need not only input, but cooperation from those in power at Pitt and in Pittsburgh in order to provide the information we think you deserve. But oftentimes, we hit roadblocks that don’t allow us to do that.

One of the biggest stories we covered this year focused on Pitt’s counseling center and how the lack of psychiatrists — and Pitt’s subsequent slow response in hiring new ones — gravely affected students. At the forefront of that issue was a lack of transparency between Pitt and the students. The University never issued a statement about the old psychiatrists leaving and gave little information about its process in looking for replacements.

Although Pitt hired a new psychiatrist in November, the University did not make that information public until December. Since that issue, however, Pitt hired another psychiatrist and put the information out right away via press releases and communication between The Pitt News and university spokespeople.

We applaud this progress. There’s more work to be done when it comes to student input, policing and administrative changes.

A string of burglaries last semester swept South Oakland, but Pitt police and University spokespeople gave few details about what they were doing to prevent future events and keep Pitt students safe — instead telling us that they were “increasing patrols,” with no additional information.

Additionally, since the Pitt Police are covered by the University’s limited accessibility laws, we have no way of knowing exactly who the officers are in charge of keeping Pitt safe. When one of our reporters submitted a Right to Know request for a list of these officers, it was denied. (See the adjacent infographic for more information on Right to Know.)

A lack of explanation about Pitt wrestling’s former head coach Jason Peters and an incident involving the team over winter break similarly left us and students with more questions than answers.

This semester Pitt has hired several upper-level administrators to fill new positions, but it’s often hard to find anyone at Pitt who can give us a succinct and definitive definition of what these people are supposed to do in order to earn their six-figure salaries. Pitt is a state-related university, meaning it is not required to publish a line-item budget. We can’t know exactly how Pitt is spending our money.

The University is required to publish copies of its annual operating budget — including every expense more than $1,000 — but the baseline reportage often lacks details that would make understanding the expenses easy for the average person.

Again, we’re not writing about these issues now to complain or to blame specific people, but as a call to action for more transparency at Pitt in the future. If Pitt’s history is any indication, students will need to lead this charge.

You deserve to know what’s going on at the University you attend and contribute to every day.

Find an issue you — and lots of students — are passionate about changing pursue it vigorously. Whether it concerns environmental issues, diversity and inclusion or the financial aspects of student life, if you can garner enough support behind it, the University should be more than willing to listen.

We’ll do as much as we can to keep covering these issues in all of our sections. But it’s also up to students, and lots of them, to demand this transparency along with us.

It’s not an “us versus them” issue when it comes to students and the administration. We’re all part of the University. As we encourage the administration to open the blinds (note the front cover), we should do so out of mutual interest — sometimes, a lack of communication leads to false information.

Transparency matters now more than ever.

When it comes to topics as serious as mental health and University spending and expansion, let’s not leave room for speculation.