A final push for more journalism at Pitt 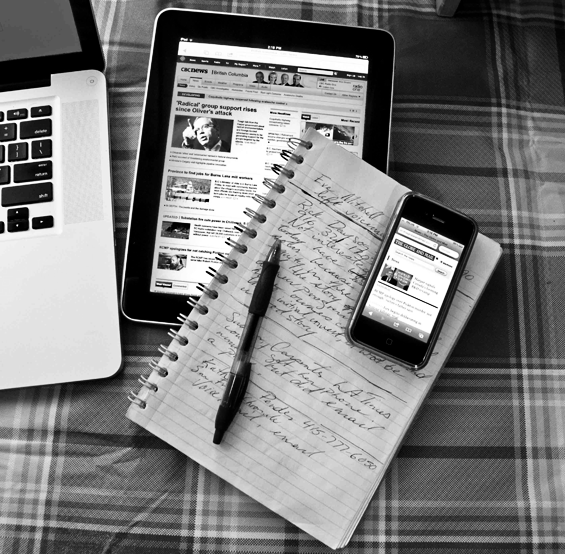 By Elizabeth Lepro | Editor in Chief

In the late 1700s, Benjamin Franklin — at the behest of King Louis XIV — served on a French Royal Commission to investigate some rather absurd claims by a German scientist.

The back story is unimportant, what is important is a line from Franklin’s official report, in which he wrote, “Truth is uniform and narrow, it constantly exists, and does not seem to require so much an active energy, as a passive aptitude of soul in order to encounter it.”

Thank you for the electricity and everything Mr. Franklin, but I’d like to politely disagree on this one.

If this year has taught me anything, it’s that the truth is actually quite complicated, rarely uniform and — this is the important part — the job of uncovering it does require a great deal of work, time and energy.

We’ve heard a lot recently about bias — about the mainstream media’s inability, or unwillingness, to report “both sides.” I think there is validity in these concerns, and I’m not here to defend the integrity of the 24-hour news cycle. What I do know is that the truth isn’t sided at all, and anyone claiming to be completely informed on a complicated issue probably isn’t.

This is the first lesson journalism taught me, and it’s a valuable one: to be skeptical. It’s also made it increasingly difficult to log onto Facebook. I’m frustrated with the ease with which we come to conclusions — on an individual level and on the part of so many media outlets looking for a bold, clickable headline.

“Now This” isn’t going to hit on everything you need to know about the situation in Syria in a one-minute instantly-playing Facebook video — neither is your socialist friend who forms a long-winded opinion on a story as soon as the news breaks.

I could write an entire column about this frustration, but I’d like to do more than that. In my last piece of printed writing for The Pitt News, I want to offer a small solution and give one last push to a university I’ve spent the last three years pushing: Pitt should offer more journalism courses.

While Pitt has an excellent nonfiction writing program, most of the courses are focused on creative nonfiction and there are only a few professors who teach strict journalism. Although I’d love to see a full-fledged program, I’m not writing this in the hopes that everyone will become journalists. In fact, I don’t think most people could be reporters, in the same way that I probably wouldn’t be the best neurosurgeon.

Instead, journalism courses — beyond just introduction to nonfiction writing — should be offered as writing-intensive classes for the general education requirement, because I do think everyone has something to gain from learning the craft, at least at a basic level. Learning how to put together a well-reported story can teach us both how to responsibly consume the massive amount of information we’re now subject to and, maybe more importantly, how to engage with it.

Here are a few more lessons I’ve learned from my days at a newsdesk — values that are applicable far beyond the margins of a newspaper:

How to be meticulous with people’s stories

When you ask people to open up to you, you’re taking on a certain amount of responsibility. It’s not the same as tagging someone in a Tweet or making a broad generalization via Facebook post. You’re in charge of the way people’s experiences will be relayed to the public, forever. You want to be someone worth trusting. So you keep going back to what you’ve written, you fact check, you check with other sources, you edit and re-edit. This is especially true if you’re going to criticize someone — you want to make sure you’re right, even if it takes months.

How to take criticism

Yes, every writing major knows how to toughen up for a workshop or professor’s critique. But you should see my editor’s email inbox. I have a special folder just for hate mail.

How to challenge your way of thinking

If you’ve written a column without any research or an attempt to talk with someone who disagrees, you’ve done yourself — and your story — an injustice.

You can pick a better adjective than “good,” very few things are actually “unique” and a strong verb can transform your whole sentence.

Everyone has a story to tell

This one is admittedly cheesy, but it’s the premise behind TPN’s Silhouettes edition, which annually restores my faith in humanity.

But, not everyone’s story is worth telling

Let me explain. We’ve had to make several tough decisions this year. Do we print the names of Pitt students who were arrested for protesting simply because it’s already public record? Do we report a story just because we know people will click on it? In both cases, the answer was no. Ultimately, you have to decide whether what you’re publishing — especially if it’s going to hurt someone — is also going to be of benefit to anyone. If you’re only saying something for its sensational value, it’s probably not worth putting it out there.

I could say more. I’ll just leave it at this: I’ve learned a lot at Pitt, but none of my classes were quite comparable to the time I spent with a reporter’s notebook in my hand. Someday, I want to come back and visit a campus where more people have the opportunity to learn that way.

Until then, there’s always The Pitt News.

Elizabeth Lepro is the outgoing editor in chief of The Pitt News. Your opportunities to make it in her hate mail folder are dwindling, so act fast: [email protected]