Editorial: Pitt listens, but only when it’s easy 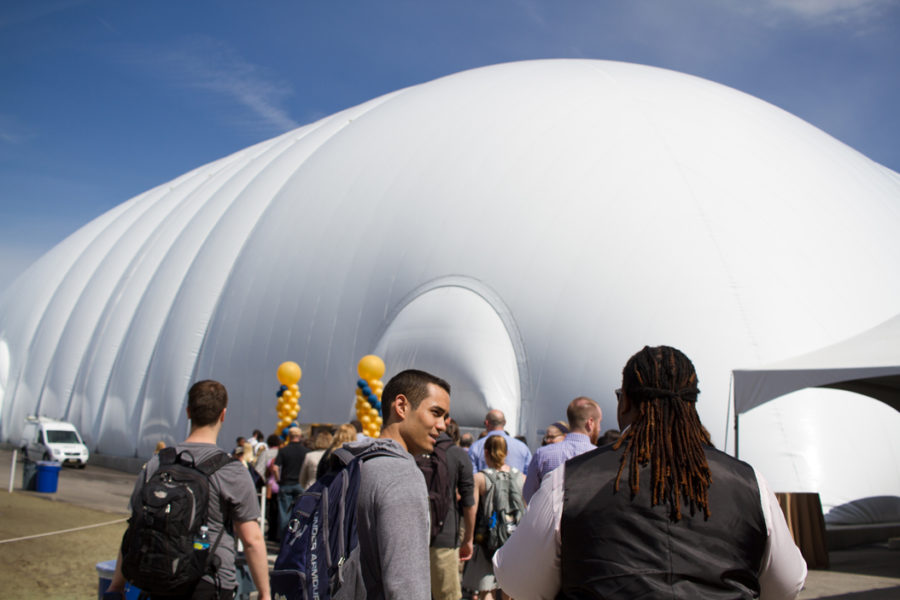 It was a sunny day in April, the grand opening of the University of Pittsburgh’s new sports dome. Pitt is rightly proud of this achievement that addresses a pressing need for a game and practice facility for club sports teams on campus.

At the grand opening — and publicized in videos shown during finals week in the William Pitt Union lobby — Chancellor Patrick Gallagher can be heard boasting about the development of the dome.

“This project itself was a direct reflection of what happens when our student organizations identify a need and our Pitt community dedicates itself to finding an answer,” he said.

But over the last few years, many students tried to make their voices heard and were significantly less successful. Gallagher’s statement regarding the sports dome is hypocritical and fails to recognize the efforts of other student organizations, such as the campus-wide push for greater transparency by Free the Planet or the demand for adequate mental health treatment by many students.

The issue is not one pitting club sports against the environment or against mental health, or any combination of any issue on campus. Students cannot afford to be divided when faced with serious issues that require serious discussion — instead, we must work together to affect change here on our campus.

Students have demanded greater transparency from the divestment of the University’s endowment from mutual funds that invest in fossil fuels.

Graduate student workers at Pitt have attempted to unionize and demand higher salaries for adjunct faculty and graduate student employees at the university.

Faculty, staff and students signed a letter addressed to Gallagher expressing their wish that Pitt become a sanctuary campus. Gallagher released a statement after President Trump’s immigration executive order where he said, “I am deeply troubled by this executive action.” At a February Senate Council meeting, Gallagher responded to the community’s concerns.

“Everyone knows I haven’t made a sanctuary campus statement,” he said. “I want you to know I’ve been listening to the calls.”

He went to state that naming Pitt a sanctuary campus might narrow the University’s options going forward, with Senate President Frank Willson adding that there are financial concerns at stake. Reasonable arguments, but proof that that the identified needs of the Pitt community often don’t lead to change.

Gallagher acknowledged an important facet of university life when the sports dome opened — that student voices should be heard and have an impact on Pitt’s future. But other organizations have raised issues that haven’t been heard, and addressing many of these other issues requires far less than $13.2 million.

For example, if Pitt followed in the footsteps of other universities such as Stanford University or San Francisco State University, they could successfully divest from fossil fuels without losing significant amounts of money.

Gallagher and Pitt’s other leaders don’t always have to agree with the issues such as divestment from fossil fuels, Pitt’s status as a sanctuary campus or even practice facilities for club sports athletes. But if Gallagher wants to claim the University addresses issues raised by students, he needs to make a greater effort to listen to all students and respond, not merely make symbolic gestures.

Correction: A previous version of this editorial incorrectly stated that Gallagher did not make a public statement about sanctuary campus status. He addressed the letter and community concern at a public Senate Council meeting in February. The Pitt News regrets this error and has updated this editorial to reflect this correction.