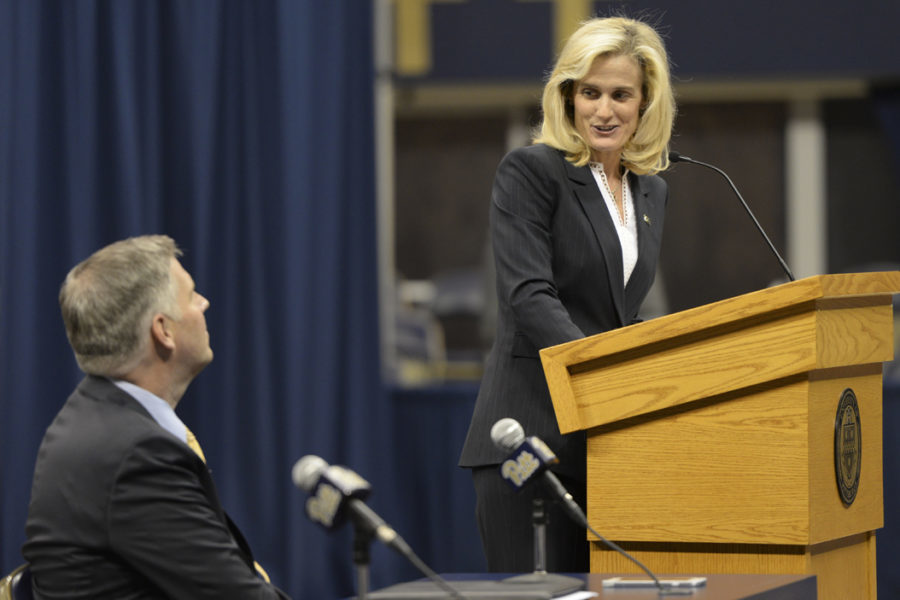 Spears previously worked under Lyke for three years at Eastern Michigan University as deputy director. He has served as the interim athletic director at the school since Lyke left for Pitt in March.

He will oversee all of Pitt’s revenue generation activities and fundraising, as well as ticket operations and marketing, among other responsibilities.

Spears will fill the position vacated by Julio Freire, who resigned in April after 13 months with Pitt, according to the Pittsburgh Post-Gazette. Pitt has yet to release an official statement on his resignation.

“I am honored and more than excited to announce that Christian Spears will be joining our team as deputy athletic director for external affairs,” Lyke said in a press release. “Christian brings to Pitt a dynamic personality combined with strategic thinking and the ability to build genuine relationships both internally and externally. His natural leadership skills, positive energy and intellect will make a significant impact at Pitt.”

At Eastern Michigan, Spears was a part of the football administration and was in charge of scheduling. From 2014-16, the program experienced a 100% increase in total season ticket sales. Outside of his job with the Eagles, Spears is a member of the College Football Playoff Advisory Committee.

Prior to his time in Ypsilanti, Michigan, Spears spent seven years at Southern Illinois and six at Northern Illinois. In 2013, he served as Northern Illinois’s acting director of athletics, overseeing a record-breaking year in football season ticket sales and ticket revenue.

“What an amazing time to join the staff at Pitt,” Spears said in the press release. “We have an opportunity to capitalize on some genuine momentum and sincere passion for making Pitt Athletics a tremendous source of pride for our university and the Pittsburgh community.”