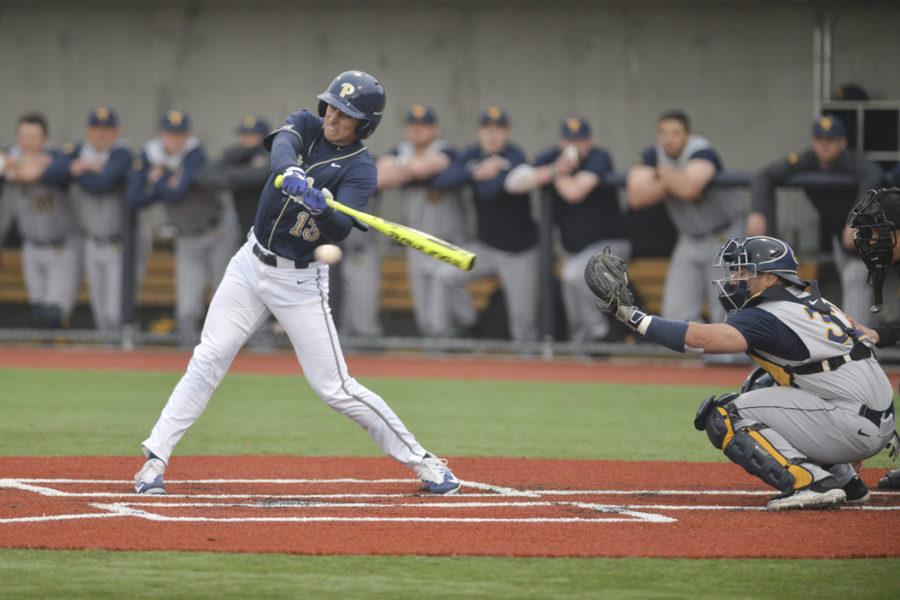 The last time Pitt and West Virginia met on the diamond, it was an offensive battle as the Mountaineers got an 8-4 win on the road in March. West Virginia took the season sweep Tuesday in a much more defensive night, but the result was the same with a 2-0 Mountaineer victory in Morgantown.

Mountaineer senior reliever Jackson Sigman picked up the win — improving to 4-4 on the year — after Pitt junior T.J. Pagan gave up two runs in the sixth inning to drop to 1-1.

Kearns got the Mountaineers off to a strong start in the first, easily retiring the Panthers as junior Frank Maldonado grounded out to sophomore Kyle Gray for the third out. Gomez did just as well in the bottom of the inning, retiring the side in order.

Pitt junior Nick Banman drew a walk with one out in the top of the second, but Kearns rebounded to keep the Panthers off the board with a fielder’s choice grounder by sophomore Yaya Chentouf.

The Mountaineers had a scoring chance in the second when junior left fielder Kyle Davis advanced into scoring position on a single from senior Jackson Cramer. But Gomez worked his way out of the jam by getting back-to-back outs on a flyout and groundout.

Freshman Alex Amos drew a two-out walk for the Panthers in the top of the third, but the team couldn’t do anything with the base runner as redshirt junior Caleb Parry struck out swinging to end the inning. Gomez easily made his way through the bottom of the frame, and the score was knotted at zero going into the fourth.

After the Panthers failed to score with a runner on second and one out, redshirt freshman reliever Kevin Henriksen got into trouble in the bottom of the fourth. Davis flew out to leadoff but Mountaineer sophomore Darius Hill and Cramer hit a pair of singles to put runners on first and third. The Panthers held West Virginia again though, as redshirt sophomore Jimmy Galusky lined out to third and redshirt freshman Chase Illig struck out.

Neither team got much of anything going in the fifth, and after the Panthers were retired in the sixth, the Mountaineers were able to break open the scoring against Pagan.

Pagan — who came on in relief to start the inning — issued a leadoff walk to sophomore Braden Zarbnisky. On the next at-bat, Davis brought him all the way home with a triple to make it 1-0. Hill followed with a single to right, scoring Davis to go up two. Pitt manager Joe Jordano quickly replaced Pagan with first-year RJ Freure. Freure immediately took command by collecting three straight outs to end the inning.

The Panthers went down in order in both the seventh and eighth innings as Sigman replicated the success of Kearns. But the Panthers young pitchers kept them in the game, as Freure and Chentouf easily maneuvered through the two frames. Going into the ninth, West Virginia led 2-0 with Parry, Maldonado and senior catcher Manny Pazos due up in the ninth.

Sigman carried his strong command into the final frame as well, quickly ending the Panthers hopes by retiring each of the three hitters to deliver his team the 2-0 win. Sigman was perfect in his three-plus innings of relief, striking out three while not allowing a single runner on base.

The loss marks the Panthers’ fourth in a row, but the team still has a lot to fight for in its final series against the Wake Forest Demon Deacons. They currently sit just one game back of the Virginia Tech Hokies for the last spot in the ACC Tournament. If the team can grab a series win, it would have a large chance of qualifying.

It won’t be easy though, as Wake Forest sits third in the conference with a 17-10 ACC record. The series starts this Thursday in Winston-Salem, North Carolina at 6 p.m.