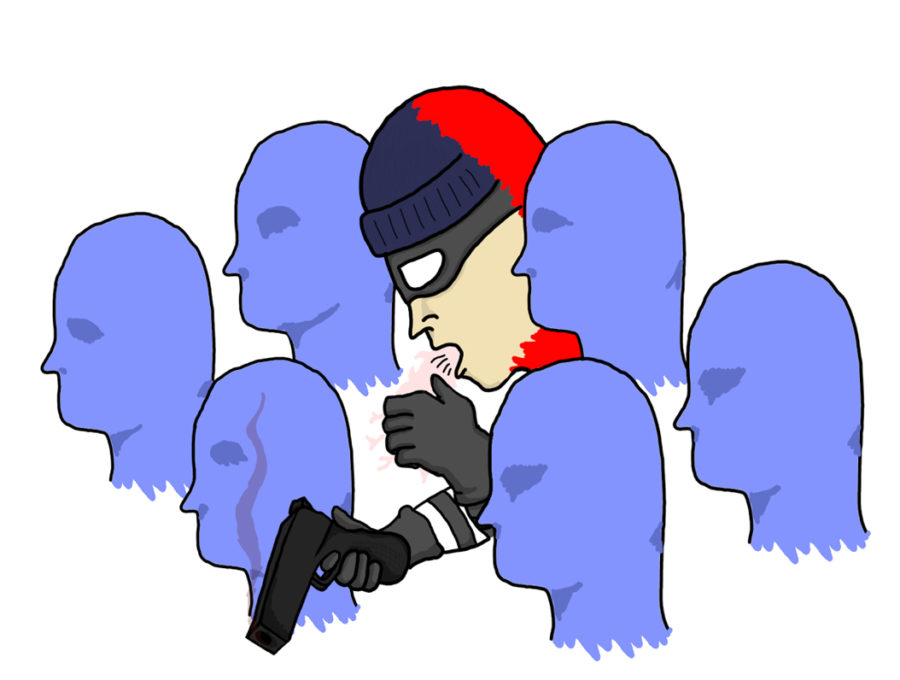 Nearly every night last year, gunfire rang out in Pittsburgh. And nearly every week, someone was killed.

The city launched the Pittsburgh Initiative to Reduce Crime in 2010 to combat this issue, but the initiative had mixed results. Homicides climbed from 43 to 71 between 2011 and 2014, and former Pittsburgh Police Chief Cameron McLay even said bluntly that he refused to call any replacement or restructured program the PIRC. “There’s so much baggage associated with [that] on any number of fronts,” he said, referring to the program’s muddled history.

But the city is making changes — Pittsburgh Public Schools launched the “Month of Non-Violence,” and the city introduced a new comprehensive strategy to reduce violent crime, which includes a restructuring of police units and a new community policing initiative. The combination represents our best shot in years at reducing violence.

During the Month of Non-Violence, school principals and community leaders will be more actively engaging with teens to prevent students from becoming victims of violence.

And equally important to the city’s new approach is the growing need to demonstrate that there are consequences for violence. In a move designed to harness the full potential of the city’s law enforcement resources in this new strategy, the city created a Crime Analysis Unit and restructured the Violent Crimes Unit to convict more violent offenders and place them behind bars. Since their introductions, these programs are already contributing to a conviction rate well above the national average, ensuring violent offenders do not continue to damage their communities.

All of these initiatives come together in a major shift in tactics in the fight against violent crime. While attempts to change entire neighborhoods hobbled PIRC, the city’s new community policing initiative is refocused to prevent violence in the first place by aiding at-risk individuals. If the violence does occur, the Crime Analysis and Violent Crimes Units will work to convict them, keeping the streets safe.

Pittsburgh’s newest strategy is a major recognition of what recent research seems to confirm — that violence behaves like infectious disease and is better treated when approached like an epidemic. This methodology can trace its roots to the work of David Kennedy, a criminologist at the John Jay College of Criminal Justice who laid the groundwork for almost every successful program to reduce violent crime today.

The methodology found that violence is concentrated among small collections of high-risk individuals with lengthy criminal histories, instead of entire neighborhoods. In Pittsburgh, for example, law enforcement identified around 500 to 1,000 violent offenders, making up just a fraction of a percent of the city’s 300,000 residents.

This characteristic holds true across American cities like Cincinnati, New Orleans and Oakland, California — where at-risk individuals make up less than one percent of the city’s population. In all of these cities, homicides are clustered in neighborhoods with the highest poverty rates, lowest rates of high school graduation, highest number of drug-related arrests and most affected by decades of racial segregation.

But not everybody agrees that these are the most important primary risk factors, nor that they should be targeted for effective treatment. As Kennedy explains in a Guardian article from Jan. 2017, these approaches are “very enormous and very often essentially out of reach.” If guns and poverty were truly the main drivers fueling violence, “that should result in vastly more violence than there is,” Kennedy said.

Instead of attempting to eliminate these indeterminate risk factors from entire sprawling neighborhoods, Pittsburgh’s approach will go straight to the source — the high-risk individuals identified earlier. By providing aid and counseling to at-risk individuals, Pittsburgh hopes to reduce crime without targeting goals that may simply be out of reach.

One such goal receives plenty of political attention but is doomed to fail — the attempt to track thousands of crime guns. Maryland tried with their extensive “ballistic fingerprint” database, but lawmakers scrapped it after the $5 million operation failed to put a single criminal behind bars over the course of 15 years.

Tracking crime guns is ineffective and so is putting additional purchasing restrictions on firearms. The average time to crime in Pennsylvania — the time it takes from a gun being purchased to it showing up at a crime scene — is over 11 years. Implementing additional purchasing restrictions fails to recognize everything that happens to the gun in over a decade in its journey to becoming a crime gun. Instead of focusing on the guns, it’s far more effective to focus on the one constant that our criminal justice system can depend on — the individual behind the trigger.

Pittsburgh is attempting to do just that. Generations of distrust in law enforcement officials push people to take once-trivial matters into their own hands, culminating in a spiraling web of gun battles and retaliation killings, each fueling the next. The new approach focuses on building bridges between law enforcement and local communities to foster trust, a critical component to fighting violent crime.

Pittsburgh’s strategy places renewed pressure on all of these risk factors while taking hard-earned lessons from over a decade of hamstrung attempts to cut down on shootings. By focusing on individuals, these efforts hold the best chance at make Pittsburgh one of the few cities implementing a crime prevention program with a proven track records.

This city’s newest approach to violent crime is better crafted than before, and although it came too late for past victims and their families, it’s an important stride in the right direction to preventing future tragedies.

Jeremy primarily writes on gun policy and violent crime for The Pitt News.

Write to Jeremy at [email protected].