Being trans at Pitt: my story 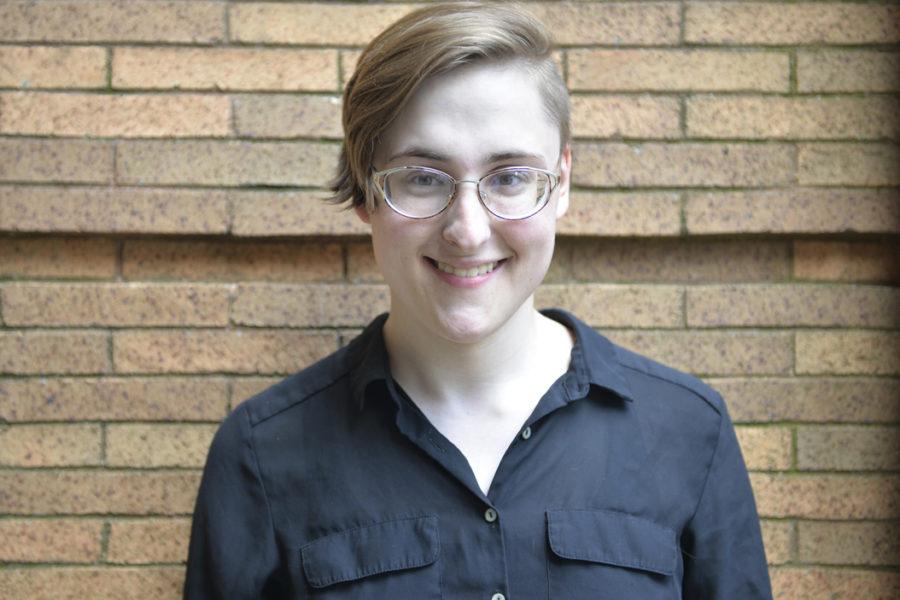 By Madeline Barber | For The Pitt News

As a child, I was a stereotypical boy. I played in the dirt, my favorite toys were my Tonka trucks and I loved to break things.

I wasn’t interested in “girl” things like sewing or nail polish, and my favorite color wasn’t pink. To my mother, there was no way I could be trans because I so eagerly loved “boy” things and rejected “girl” things.

What she may neglect to tell you about is the temper tantrum I threw at seven years old in the brightly-lit shoe aisle of the Harrisburg Kmart because I wasn’t allowed to get the pink and white Velcro shoes with light up butterflies.

Branded with an X and Y chromosome, I was assigned male at birth and named after both my father and my mother’s father. I was taught that this was the end of the story — X and Y equal male. But later in life, I learned that gender identity is in flux until about age two, when it becomes integral to who you are.

This only cements research that suggests that gender identity isn’t a choice — regardless of how far down you shove it, your identity is a core part of who you are. And I shoved my identity deep, ignoring the shame of knowing who I was but having no words to describe it.

When I was fifteen years old, a friend of mine came out as bisexual. She was a plucky, assertive girl who never failed to shut someone up who made fun of who she was. Looking back, she inspired me as I began my own journey of self-discovery, as cliche as that may sound.

Inspired by my friend’s courage and resolution, I came out at sixteen as bisexual to close friends in confidence. But by the end of the week, my entire school knew. Some never spoke to me again. Boys would ask me if I thought they were attractive and act insulted when I said no. I slowly withdrew myself, joked that it was a phase and became quiet and broody.

In my attempts to learn more about what being bisexual meant, I took to the internet. Searching through Wikipedia took me to a page discussing transgender people. The article — which has long since been revised — featured a section discussing common “symptoms” trans women describe. These included feeling trapped inside one’s body, more comfortable expressing oneself as a different gender and being uncomfortable with gender-specific body parts, functions and other similar traits.

As I read the list, I realized that I matched every single item. The facts hit me — I am transgender. The identity I could not name for over sixteen years finally had a name. I was filled with dread remembering the harassment when I came out as bi. Breathing became harder. I shut my laptop and ran to my bedroom, feeling more isolated and alone than ever before. I was the only transgender person I knew.

When I told my then-girlfriend that I was bi and also transgender, her response — hurling notebooks at me, calling me a “science experiment,” “shemale,” “tranny” — was enough to keep me in the closet until I graduated. I learned through those harsh lessons that small-town Pennsylvania, like small-town anywhere I suppose, was not the best environment for a trans kid to grow up in.

When I broke up with that girlfriend in February 2012, I tried coming out again, feeling free to be myself. I enrolled at Harrisburg Area Community College in August and fully embraced my identity. I began presenting femme — I would wear skirts and dresses, grow my hair out — and asked people to call me by my name — Madeline. I would legally change my name the next fall.

However, this headlong plunge into my new life did not come without consequence. I was subject to abuse and degradation from family, friends and coworkers. Within six months my entire family knew and I lost almost all of my friends. In a town like Harrisburg, this left me stranded — our queer community was smaller than Pitt’s average class size.

I learned early on in life to blend into the fold, to do as I was told. But when I moved to Pittsburgh in August 2015, all bets were off. And so was my hair — before Pitt it was long enough to brush the small of my back — now, it’s in a pixie cut. My glasses, originally wide-framed and feminine, are now rounded tortoiseshell specs.

Breathing became easier the longer I stayed in Pittsburgh. I was pleased to see the University’s policies on the use of gendered facilities and promotion of preferred name usage were geared toward the comfort of the trans and nonbinary community.

I got involved in organizations on campus geared toward the trans and queer community. While they were welcoming, a number of them felt muted in their acceptance of trans people. In spite of this, I was fortunate enough to direct Eve Ensler’s The Vagina Monologues in 2016 and act in the same production in 2017, telling the story of myself and other trans women through Ensler’s monologue, “They Beat The Girl Out Of My Boy … Or They Tried.”

However, Pitt — for me — has been accepting on the whole. I found a group of friends very quickly and kept them close. I excelled in my studies despite many trials and tribulations. By the time I transferred to Pitt, I began undergoing hormone replacement therapy, and recently received referrals for gender confirmation surgery. Life got better for the most part.

But not everything in my life was full of bright stage lights and kind, accepting people. While in Harrisburg I attempted suicide twice in 2015.

Looking back, I can say that I am lucky to have survived both attempts. Yet this hindsight brings back the unbridled pain and hopelessness I felt at my lowest point in life.

The American Foundation for Suicide Prevention and the Williams Institute released a study in 2014 that found the average suicide attempt rate for trans individuals is a staggering 41 percent — nearly nine times the national average of 4.6 percent.

Each headline I read about a fellow trans woman being murdered makes me want to lock my door for fear of becoming the next headline. But to live in hiding is not to live at all and would be a disservice to these women’s lives. We must continue to live, following our own principles.

A principle that guides me to this day came from an unlikely place — my senior yearbook. Scrawled in black pen by my sophomore year English teacher and longtime mentor Peter Frengel was a quote from Hamlet. Perhaps it was coincidence or even foreshadowing — did he know more than I did? — but it rings truer than most any other work of Shakespeare’s that I’ve read. “This above all else: to thine own self be true.” And I have.