Making the most out of living alone 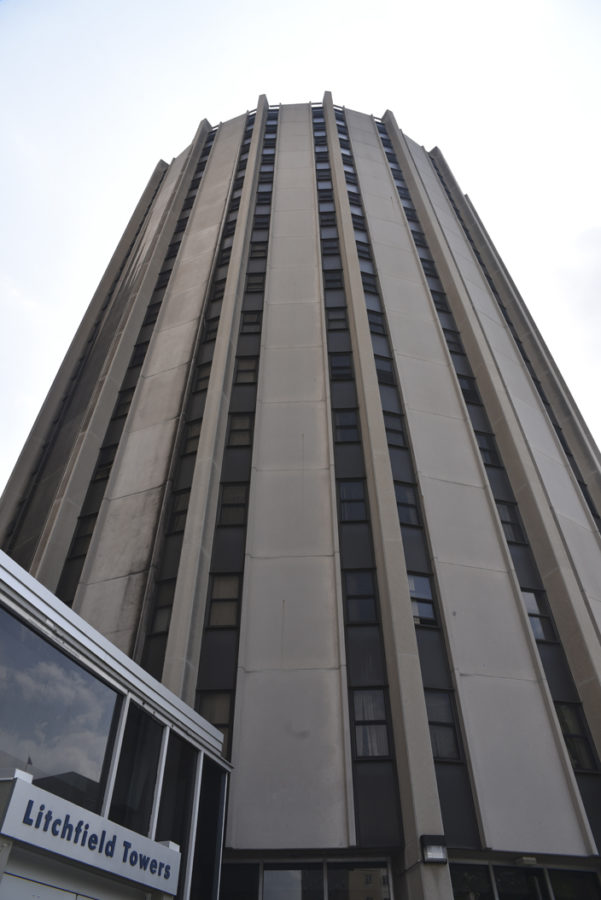 Tower C is a dorm on campus for students living in single rooms. (Photo by Matt Hawley | Staff Photographer)

I could keep the lights on whenever I wanted. I could listen to music and not have to bother with pesky headphones. I could toss my clothes in the corner and worry about them in a few weeks. I could nap at all times of the day, have people over whenever I wanted and be in a quiet environment at a moment’s notice.

It sounds like I had the most relaxed, accommodating roommate in the world.

In reality, I had the most luxurious living arrangements that Pitt has to offer — a single room in Tower C.

Most people wouldn’t describe living alone in Tower C as luxurious — usually the words that come to mind are lonely, boring or depressing. This is because Tower C, the cousin of Towers A and B, is unique in that it is filled only with single rooms.

Before I began my first year, I was cautious about not having a roommate and potentially missing out on a part of the “college experience,” as many told me I would. I feared loneliness, isolation and that I would feel left out of something far bigger than myself.

Despite this, my time spent in Tower C befitted my lifestyle better than anywhere else I could imagine. I found that if I approached my living arrangement with an open mind and made a commitment to seeking out the things I love, I was able to take total advantage of the conveniences provided by the dorm.

The first such convenience I discovered was when I entered my room for the first time — 17 feet deep, 6.5 feet wide and the closet could barely fit a year’s supply of clothes. But I fell in love with the size. The smaller room and lack of a roommate allowed me to streamline my organization system and ensured that I could find everything exactly where I left it. Less space also meant less to clean, which in turn meant more time for the pursuit of social and extracurricular activities.

Tower C also made it incredibly easy for me to find those kinds of activities. My resident assistant organized plenty of events for us and tried our make our floor feel as friendly as possible. Residence Life encouraged us to go to University-sponsored social events, such as the ice cream social or any of the movie nights planned in the one of the television and study lounges.

These lounges are on every third floor, a benefit that all of the Towers have but the residents of Tower C might appreciate the most. I was able to communicate, bond and interact with my floormates while watching movies, playing video games or laughing our heads off during rounds of our favorite satire card game, Cards Against Humanity.

It may sound silly, but the mantra “open doors means happy floors” holds true — by keeping your door open, you’re inviting friendship and giving yourself the opportunity to meet new people.

And living in a single makes this even easier — you alone get to decide whether the door’s open or not. This puts you more in control than living with a roommate ever could.

As for not having a roommate, I ended up appreciating it more and more as the year went on. I am someone who tends to be distracted very easily, so usually I would need to find an area where I can study in peace and quiet. For some students with noisy roommates or roommates whose sleep schedules don’t line up, this often exiles the studier to a communal lounge. It was far easier to sit down and be productive knowing I had a place that was all mine.

Of course, life in Tower C wasn’t perfect by any stretch of the imagination. But in reality, none of the Towers are when compared to the University’s newer dorms.

There are some less-than-ideal aspects of Tower C. Sometimes only one elevator will be active and you might end up with a noisy floormate — but I’ve learned to appreciate what doing a few flights of stairs every day can do for my cardio, and the only thing worse than a noisy floormate is a noisy roommate.

Despite these inconveniences, living in Tower C is far from the lonely depressing lifestyle that students may think about when they consider living in a single dorm. If you simply stay in your room all day, doing nothing but studying or watching Netflix, then of course you will lead a lonely life.

But if you keep your doors open — literally and figuratively — you’ll make friends, find out what interests you and have a positive experience. And hopefully in the end you, like me, will reflect and realize that Tower C is what made it all possible.

Thomas primarily writes about visual media and gaming for the Pitt News.

Write to Thomas at [email protected].