The Pitt News • May 31, 2017 • https://pittnews.com/article/120070/opinions/among-short-term-fixes-pitt-develops-long-term-plan-to-combat-nationwide-opioid-crisis/ 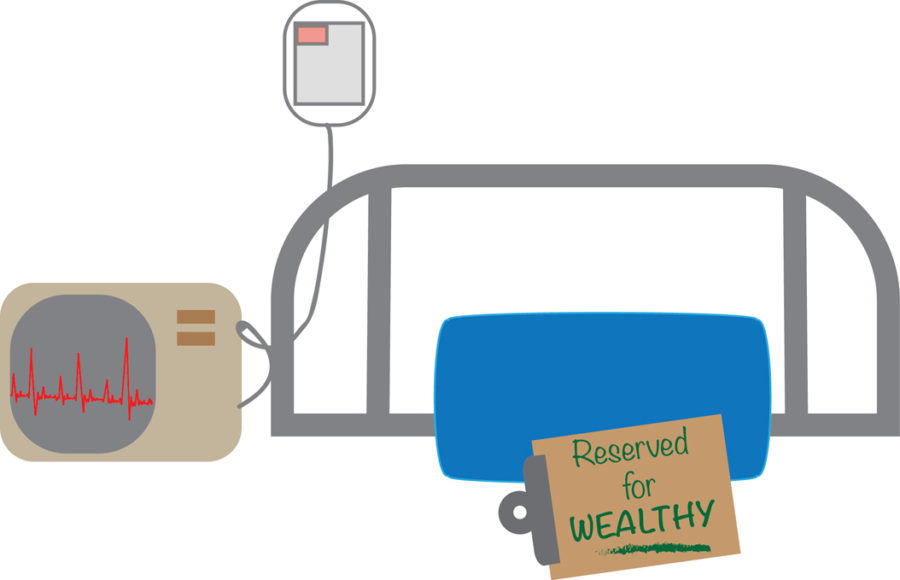 Two months ago a couple from Lower Burrell mourned the loss of their son who didn’t live to see his 25th birthday.

David Makara’s refusal to get treatment drove him to move out of his parents home as he could not pass a drug test to get a job. Without any notice he moved out to Light of Life shelter in North Side, just before Thanksgiving 2015. David’s lifeless body was found face down with some paraphernalia, a spoon and a needle, after he got his last fix on March 3, 2017. He did not live long enough to see his 25th birthday — and became just another statistic of the heroin epidemic.

His life could have been saved by what some call a miracle drug, and what others call an enabler — Narcan. Narcan rapidly reverses opioid overdoses, but its presence as a legitimate solution is equivalent to putting a band-aid on a big open wound — it stops the bleeding for a while, but eventually it’s going to need stitches.

Narcan revives a person but it does not help them combat addiction. To combat the larger issue of opioid addiction, we need free rehab programs and more beds in hospitals for recovering addicts. At the moment, treatment centers are overcrowded, expensive, underfunded and usually do not accept insurance. This makes recovery an option available to those who can afford rehab, but poor people may perceive their addiction as a death sentence, where they are compelled to consume more drugs to stay alive or die in withdrawal.

As of now, addiction treatment in a hospital can range from $200-$900 per day for an inpatient and $100-$500 per treatment session for an outpatient. Just the process of detox can range from $600-$1,000 a day. This process can take anywhere from 30 to 90 days depending on the individual, but recovery is a lifelong, ongoing process.

But Pitt’s trying to find that long-term solution. The Institute of Politics proposed a “Continuum of Care Approach” to Western Pennsylvania’s growing opioid epidemic. The model includes much more than prison-oriented treatment, including a prevention step, a treatment step and a maintenance/recovery step.

The prevention step includes universal prevention, targeted prevention and selected prevention. By breaking up each step in this way, the model hopes to tackle the opioid epidemic from its roots, by addressing the gaps of the public health and safety sectors that lead to overprescription of painkillers.

When it comes to treatment, the model recommends that healthcare workers undergo specific training that will enable them to deal with opioid overdoses. By being progressive about the use of drugs such as Narcan, the model also aims to respect people with addictions and realize that they have an illness. Forcing addicts into abstinence-only programs fails to recognize that addictions are irrational and seriously difficult to deal with. This plan respects addicts as individuals and approaches the rehab program as a health care issue.

The model’s final steps in the maintenance/recovery section provide some long-term solutions to the issue, including 12-step programs and women-specific maintenance plans.

But it only helps if people have access to it. With current high prices treatment is often not even considered an option, inevitably leading to more overdoses.

Nearly half a million Americans died from opioid overdoses between 2000 and 2014. The number of heroin overdoses tripled from 2010 to 2015. As a result of the growing epidemic, the Pennsylvania government approved the sale of over-the-counter Narcan in 2014 in an attempt to reduce the mortality rate.

And it can help, despite some calling it an enabler. Yes, Narcan reverses the symptoms of an opioid overdose, but it does not push the addict to keep overdosing, even if it’s available over the counter. Addictions are illogical — addicts do not care about life or death, but about getting that next hit to not experience the horrible withdrawal symptoms. Heroin withdrawal is ghastly — it tortures the body within hours of the previous fix, making you want to get more just to feel “normal” again. Increased access to Narcan will simply mean that people who overdose have the chance to seek treatment.

But this is how Narcan is merely a bandage to a much larger problem — there are very few affordable long-term solutions, leading to many addicts ending up in prison instead. For some, rehab begins there.

Being locked up alone while suffering the withdrawal symptoms of heroin might feel like an additional form of punishment, and may encourage the person not to relapse and use again. The way the system is today, prison does not encourage addicts to seek treatment and has quite the opposite effects. The addict’s experience with withdrawal will discourage them from seeking treatment in the future — it’s no surprise that more than half of heroin-addicted prisoners relapse within a month of their release.

It’s time to provide access to plans like Pitt’s to people that truly need it, and not just those that can afford it instead of prison.

Rashi primarily writes on politics and social issues for The Pitt News.

Write to Rashi at [email protected].