The Pitt News • May 31, 2017 • https://pittnews.com/article/120073/top-stories/students-react-counseling-center-directors-arrest/ 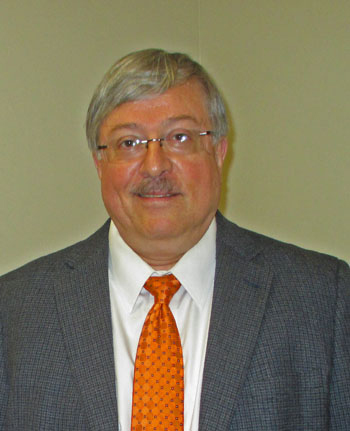 Edward Michaels (Photo Courtesy of the University of Pittsburgh)

By John Hamilton and Henry Glitz | The Pitt News Staff

In the six days following the counseling center director’s arrest, Pitt students responded to the latest controversy at the center, while the University has largely stayed quiet and given little additional information.

Allegheny County police arrested Edward Michaels, 67, of Wilkinsburg, last Wednesday on charges of possessing child pornography and criminal use of a communications facility. According to a police criminal complaint, a Wilkinsburg police sergeant found child pornography in his home on March 27 after the police received a tip. The sergeant seized two laptops, two memory sticks and several hundred loose photos.

County detectives reviewed the evidence April 13 and found sexually explicit photos of what appeared to be prepubescent girls, according to the complaint.

A University statement said Michaels has been placed on leave and that Pitt is cooperating fully with authorities. Pitt spokesperson Joe Miksch said he couldn’t comment on Michaels’ employment status when asked Tuesday why he was placed on leave and not let go.

“We want to assure all students that your health and well-being is our top priority, and that the services provided by our staff in the University Counseling Center will continue unabated,” the statement, which is posted on the counseling center’s website, said.

He did not answer questions Tuesday asking about the future of Michaels’ mental health task force or about a replacement for Michaels, saying the questions were “premature.”

Some students that utilize the counseling center expressed their frustration with Pitt’s lack of information on Michaels. Anna Shaw, a rising senior psychology and gender, sexuality and women’s studies double major, said she disagrees with Pitt’s response to the arrest.

“There has to be a lot more transparency with what the counseling center has to do,” she said. “They should address it directly. The University should recognize that it’s a horrible thing.”

Michaels served in an administrative role and did not see clients, according to the statement. However, Michaels did have power to approve additional counseling services for students, he told The Pitt News in November 2016, and played a large role in making changes to the center during his tenure.

Michaels did interact with students, giving presentations to students and faculty to “promote student well-being, mental health and functioning,” according to his now-removed staff bio.

“[The arrest] made a lot of people feel horrified and betrayed,” Shaw said. “Even if he didn’t meet with a lot of students, he still had contact with many.”

The bio also said Michaels provides consultation to the University, participates in several committees focused on student heath and said that for 12 years Michaels was a “full-time member of the faculty of the child clinical psychology internship at Children’s Memorial Hospital” at Northwestern University.

Shawn Ahearn, a spokesperson for Student Affairs which oversees the counseling center, did not respond to questions asking for further information about how the arrest will affect the center and students that use it. He referred The Pitt News to Miksch in emails on Thursday and Tuesday.

Michaels started a task force he said would address the mental health needs of Pitt students when he was hired. The results of their survey, which he shared with The Pitt News in September 2015, found students’ highest priorities related to suicide prevention.

When Michaels was hired in 2015 he told the University Times he sees “opportunities to make a big difference” at Pitt.

“[Pitt] is an organization that’s values-driven and that … requires people to behave to a standard,” he said. “You don’t always find that. A lot of universities, they steer a wide berth from that.”

Tallon Kennedy — a senior English literature, English writing and gender, sexuality and women’s studies triple major — said the recent arrest has continued to erode their trust in the counseling center.

“I think that there’s a contract of trust that’s been broken between faculty at counseling center and student body,” Kennedy said. “I hope the University actively and meaningfully tries to rebuild that trust.”