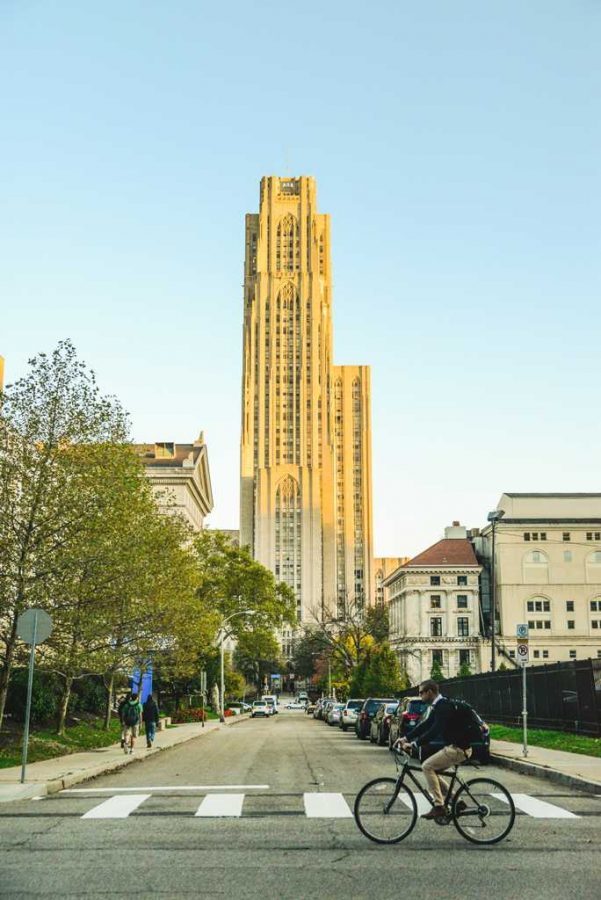 The University Honors College is housed on the 35th and 36th floors of the Cathedral of Learning. (TPN File Photo)

If it weren’t on the 35th floor of the Cathedral of Learning, you might be able to hear the crickets from outside in the University Honors College lounge.

But it wasn’t always this way. Founded in 1987 by Dean Alec Stewart, the UHC once was a place where true intellectualism fostered, a place where students with or without pre-professional majors could come debate, discuss and learn outside the classroom.

When Pitt hired Edward Stricker in 2011, the UHC took a shift. Stricker’s background was in the sciences, as a renowned neuroscientist. His background showed in the decisions he made — the undergraduate premedical and pre-health professions advising moved under the umbrella of the UHC under his tenure.

Students at the time reported feeling dissatisfied with the direction the college was headed, and feeling like there was no longer a place on campus where knowledge was pursued for its own sake rather than for the sake of getting into medical school or law school.

Today, the direction of the UHC is up for grabs — and new leadership has the chance to steer it in the right direction. Pitt named Brian Primack the new dean of the UHC on Monday, a professor and doctor who teaches medicine, pediatrics and clinical and translational science in Pitt’s School of Medicine.

Primack is now faced with a choice — will he continue Stewart’s vision of the UHC as a place where learning is pursued in and of itself, or will he follow Stricker’s pre-professional vision of high achievement?

Hopefully, he does something in between. The University is no longer the dry, stuffy place that Stewart may have been a part of when the Honors College was made. But Stricker’s pre-professional approach alienates students who aren’t science-oriented and don’t wish to attend medical school or any other professional school.

Primack’s unique path provides him with the ability to strike a balance between Stewart’s and Sticker’s approaches. He studied English and math as an undergraduate at Yale, and continued to work in cutting edge medicine and research throughout his career, working with international programs in places such as Niger. Most recently, Primack has worked on investigating the complex relationships between media exposure and health outcomes.

This interdisciplinary approach to one of Pitt’s most successful departments — medicine — could prove to be the bridge that Pitt’s Honors College needs to bring students back to the top two floors of the Cathedral.

Only time will tell, of course. But amid rising national and international tensions, interdisciplinary and cross-cultural thought may foster the minds that will find solutions. Hopefully, our Honors College will become a hub for connecting the philosophies of the past and the future, while continuing to provide unique and empowering opportunities for students that need it the most.

And Primack has the chance to do just that. All he needs to do is use what he’s learned to demonstrate that high-level academic achievement doesn’t just come from pre-professional programs or from lofty conversation — it’s only by a balance that true success will be found.