Cooking up mystery: Kathleen George reflects on her recent book 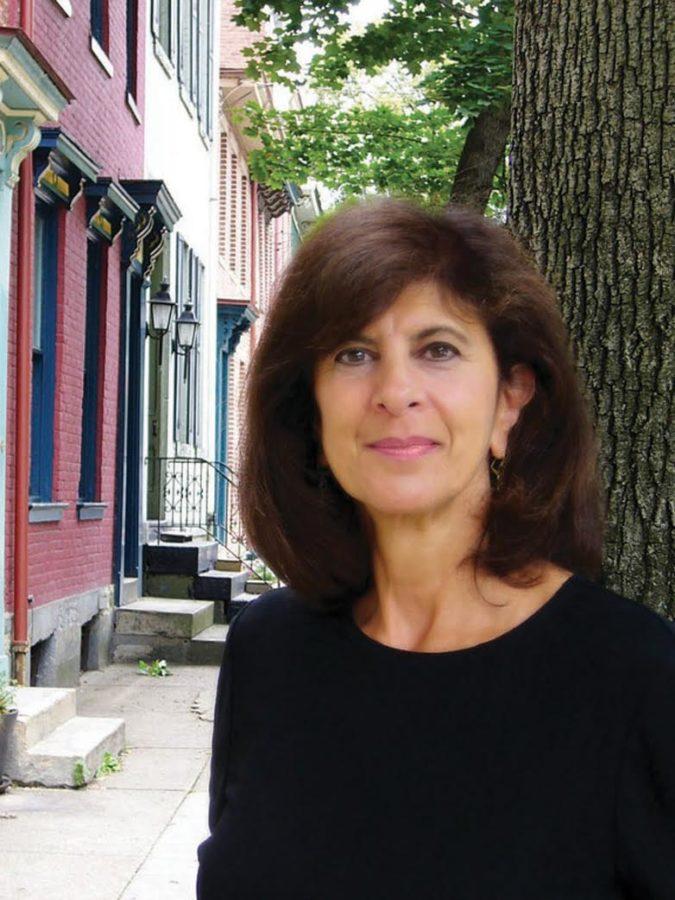 By Sarah Morris / For The Pitt News

One hundred years after the Johnstown Flood, a fictional 104-year-old survivor feels sure her twin sister is still alive and, once she reveals this long-kept secret to two journalists, their stories begin to impossibly entwine in Kathleen George’s “The Johnstown Girls.”

George, a theater arts professor at Pitt, is 73 and grew up in Johnstown — something a reader may be able to guess from her book’s title. The book, initially out in hardback in 2012, was just released in paperback in May by The University of Pittsburgh Press — in time with the 128th anniversary of the flood, which was observed on May 31.

Although George’s novel is fiction, the flood is not. According to the National Park Service, the South Fork Dam in Johnstown, Pennsylvania, failed on May 31, 1889, creating the Johnstown Flood that unleashed 20,000,000 tons of water and killed 2,209 people.

The mystery novel is centered around the woman who may be the last living survivor of the Johnstown Flood and her and the journalists’ quest to find the woman’s twin sister.

While “Johnstown Girls” is not George’s first book, it is the first idea she had for a book. George also has written several crime novels set in Pittsburgh such as “Simple,” “Hideout” and “The Odds” as well as “The Man in the Buick” — a collection of short stories.

Chuck Kinder, a former English professor at Pitt, insists on George’s natural ability to tell a story and her sense for narrative arcs.

“You could easily sit around a campfire and listen to her stories forever,” Kinder said.

In high school, George’s innate knack for telling stories transformed into writing plays and short fiction, which led to her becoming a creative writing major at Pitt as an undergrad.

Even after she went on to obtain a doctorate in theater arts at Pitt, George yet again returned to Pitt for an MFA, where she was in Kinder’s graduate writing class. George’s feedback to her peers in writing classes, according to Kinder, was exceptional.

“In the workshops she was like a co-teacher. I felt like the courses were being co-taught — if I sound like I’m a little bit in awe of her, I am. I always have been,” Kinder said.

Kinder describes George’s crime procedural novels as some of the best he’s read in the genre, and praises her diverse body of work — the way she has moved fluidly from short fiction to theater to her crime novels over the course of her career.

George’s natural gift for storytelling translates to any form, including directing, which she took up after grad school. On the surface, directing a play may seem starkly different from penning a novel, but George would disagree.

“I became a director, which was my form of writing for a while. Directing people on the stage — that was my identity for a long time,” George said.

George directed several big plays — “Uncle Vanya” and “Much Ado About Nothing” to name a few — for Pitt’s mainstage, which she describes as important points in her career.

“Those were just amazing times with the casts being really involved. I got such a feeling of love from everybody about themselves and about the work,” George said.

With all of the crime and mystery novels George writes, one would think she partakes in wild activities like spelunking or urban exploration. But with George’s prolific nature, she simply doesn’t have the time.

“I wish I had hobbies. I’m a workaholic and so basically I am always writing and cooking. I like to cook,” George said.

George’s niece, Robin Taylor, can testify to that last bit about her aunt’s cooking — especially her penchant for Lebanese food.

Taylor said that George often prepares Sunday dinners for the whole family. And her passion for cooking extends beyond the kitchen to her other passion — writing.

“She tries to bring food into all of her books,” Taylor said. “She talks about the diners in Pittsburgh and the very friendly aspect of the servers.”

Kinder concurs with George’s niece, adding that even though George’s books are fiction, they can act as a roadmap to Pittsburgh restaurants.

Although a lot of the inspiration for George’s novels stems from her passion for cooking, the biggest influence for her writing comes from her late husband Hilary Masters.

“He was a remarkable man in every way, and a writer — that’s how we met each other, at a writer’s party. He set quite a standard for himself — he published 17 books,” George said. “He was much admired in everything, and very humble about it, and he got up every morning and he wrote.”

Kinder and his wife Diane threw the writer’s party responsible for George and Masters’ meeting.

“We always take credit for them getting together,” Kinder said. “They remained a couple until Hilary passed away.”

Masters passed away in 2015, but left a legacy behind. Kinder says that George and Masters’ biggest contribution to the writing community was how they always supported the artistic endeavors of others around them.

But when it came to George’s own writing, it took time and growth for her to actually write “The Johnstown Girls” and find it in herself to see it through. George explained that she had to learn to really understand the plot to write the book.

Through writing her other crime and mystery novels, she learned how plot worked until she was ready to revisit “The Johnstown Girls.”

“Plot is very risky. You have to be bold — you have to have your characters try things,” George said. “I thought, you know, I teach this in theater, and at the same time, I stay away from plot — so I forced myself to write this mystery.”

George has real connections to the writing, having grown up in Johnstown herself and hearing about the great flood when she was young — even if she didn’t pay so much mind to it at the time. But in 1976, George and her sister thought they might have lost their mother in a flood. Although their mother ultimately survived, George used her feelings of potential loss and grief to fuel her work.

“I paid more attention to my mother talking about the 1936 flood, long after the 1889 flood. And then my sister and I experienced the fear that we’d lost our mother in the 1976 flood,” George said. “I got the feeling that I really wanted to write about my own story of recuperation and healing — that’s what it was about.”

“I had a high school English teacher who we were all terrified of,” George said. “Years later, I went back, and she was so happy I did. She told me about her life and she became very alive to me, and she is a little part of my character Ellen.”

Ellen, in the novel, is the still living, 104-year-old survivor of the flood. George’s research on people, combined with the research on the flood, forms a picture of much effort poured into the novel’s construction — effort that seems to consume much of George’s time.

But even with so much work in her life, there is a softness that shows through — she would say it’s in her characters, who she is sympathetic and kind to. Kinder would say it’s in her genuine curiosity to know people — that she can learn someone’s life story in 20 minutes then recite it back to them. And Taylor would say it’s in how George helped her prepare for talent shows as a child — giving her choreography to “Guys and Dolls” and bringing her costumes to wear.

In the end though, it all comes back to her work — work George wanted to do since she was a child, saying that she always wanted to be a writer. Even when she strayed away from writing after studying it in college, saying she felt foolish and like it would be impossible to write for a living, she came back to storytelling — in directing, in short stories and in novels — because it’s so essential to who she is.

“I guess it’s kind of like getting all of your talk out of you — getting out all of those things that are whirling around,” George said. “Writers […], they don’t want to waste any feeling.”