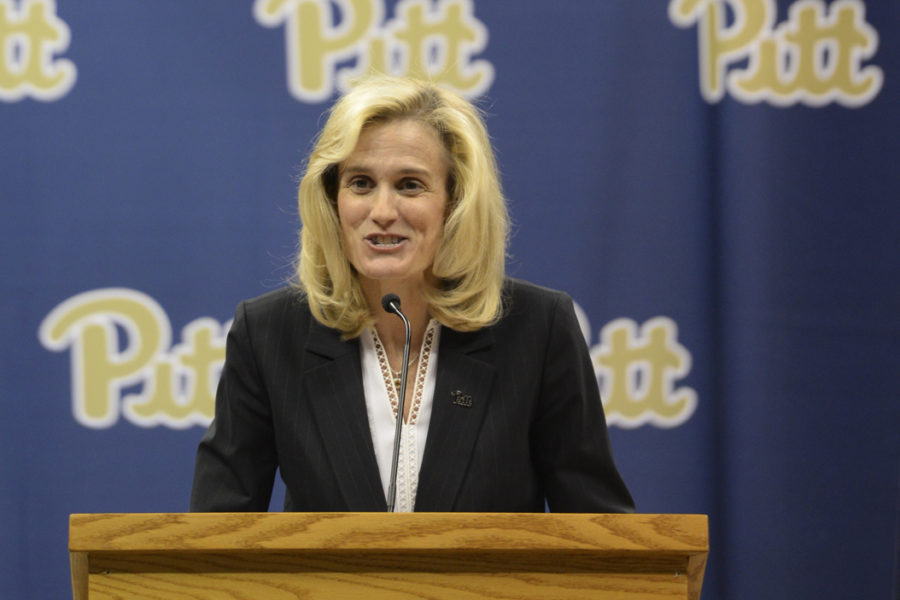 Pitt gymnastics hired University of Arkansas Associate Head Coach Samantha Snider to be the third head coach in the history of the program Monday.

Snider takes over for longtime coach Debbie Yohman, who retired in early May after 31 years with the Panthers.

“We are thrilled to welcome Samantha Snider as the next head women’s gymnastics coach of the University of Pittsburgh,” Athletic Director Heather Lyke said in a press release. “Samantha is a dynamic leader who is full of passion and committed to building our gymnastics program the right way.”

A 2008 graduate of Arkansas, Snider competed in two NCAA championships with the Razorbacks. In each of her four seasons, the program finished among the top 15 teams in the country.

Shortly after graduation, she was made the program’s director of operations, where she served until she earned a spot on the coaching staff in 2012. Since then, she helped lead the team to five consecutive NCAA Regionals and was named the 2016 National Association of Collegiate Gymnastics Coaches/Women South Central Region Assistant Coach of the Year.

“I am honored to be the new head coach for the University of Pittsburgh gymnastics program,” Snider said in the release. “I am excited to build on the success of the program and I am eager to get started.”