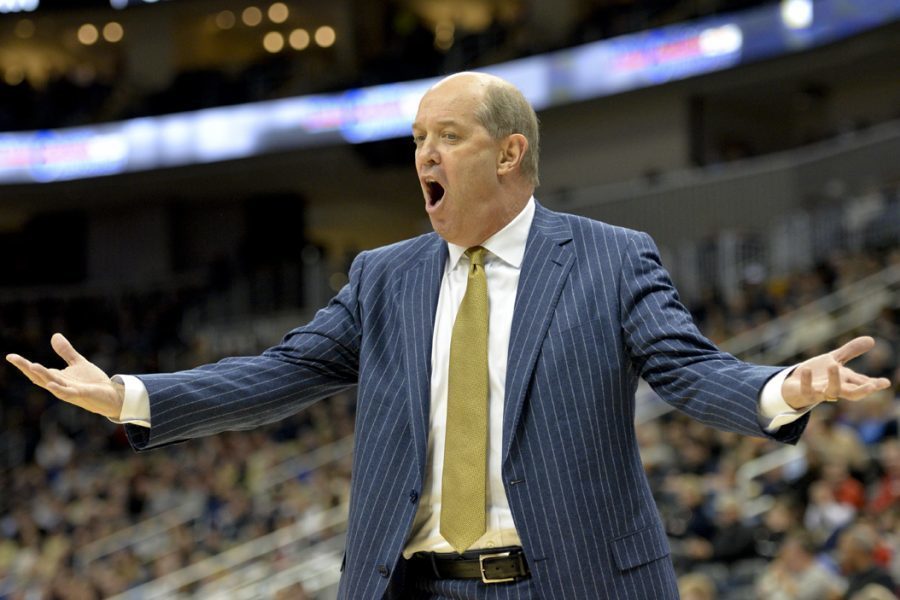 Head Coach Kevin Stallings' first season was the Panthers worst since 2000, but he has remained confident in his long-term plan. (Photo by John Hamilton | Editor-in-Chief)

The Pitt basketball program and head coach Kevin Stallings landed their first recruit in the class of 2018 Thursday, getting a verbal commitment from four-star Maryland forward Bryce Golden.

Golden announced his decision on Twitter, saying, “I firmly believe in what Coach Stallings is building and I’m excited to be a part of it.”

247Sports ranks Golden as the 79th best player in the country and the third best in his home state. He is the program’s highest rated recruit since Michael Young signed in 2013, and he should be able to contribute right away.

This commitment is especially big for Stallings, who suffered five transfers this offseason as well as two decommitments. In an interview last month, he remained optimistic about the future of the program, saying the team needs players with a hard-working mindset.

“[I’m looking for players who] buy into dependability, selflessness and being physically and mentally tough as it pertains to playing and building a winning culture.”

But even though this is a solid start for 2018, Stallings still has to round out the 2017 class. The group currently includes eight players with three spots remaining, and the staff will most likely turn to transfers from this point on.