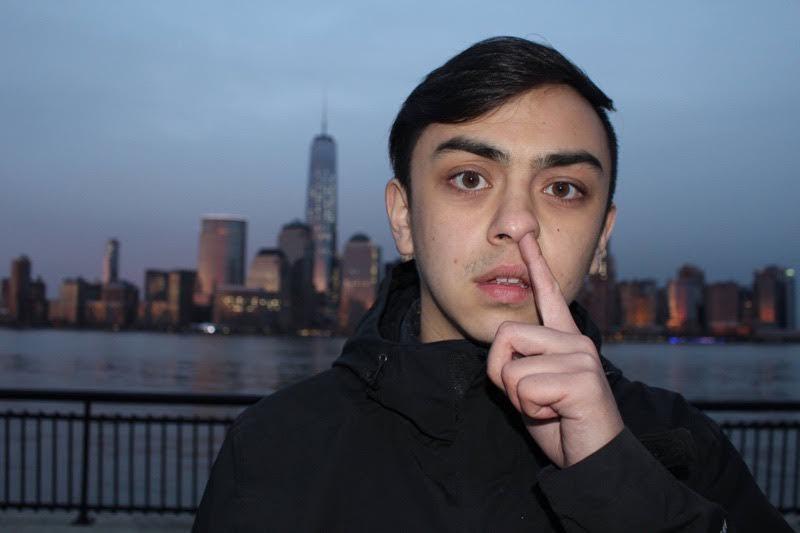 By Jack Mulligan / For The Pitt News

While most artists draw inspiration from love and heartbreak, Pitt student and musician Dave Pirozzi finds inspiration in seemingly strange places — video games, cartoons and the changing of seasons.

“I really have this weird obsession with fall,” Pirozzi said. “For my future writing with Pinstripe Sunny, I am actually gearing the instrumentals to sound very autumnal.”

Pinstripe Sunny — a band of his own creation — is one of three successful musical outfits around campus Pirozzi is involved with. He also brings his talents to the Jack Stauber-fronted Zaki and Small Fries — Pirozzi’s collaboration with AllegrA, otherwise known as Allegra Eidinger.

“They’re all so weirdly different,” he said of his musical projects.

Relatively new to the Pitt music scene, Pirozzi — a rising senior majoring in media and communication — has placed himself as one of the most interesting and prolific musicians on campus. He is able to weave inspirations from his own life into hazy and alluring tunes, as well as bend any genre to his personal style.

Pirozzi encompasses the diverse spirit of the DIY music scene at Pitt. His jazz-influenced style and playful dadaist lyrics bring excitement to the events of day-to-day life. A multi-talented singer, guitarist and composer, Pirozzi brings his wide range of talents to every one of his musical projects.

He’s almost never caught doing something that isn’t related to music. When he is not writing music of his own, you could find Pirozzi at music events around Pittsburgh and at his friends’ house shows in Oakland.

Each band encompasses a different genre and involves different instruments — Zaki is rock while Pinstripe Sunny and Small Fries are more jazz-influenced and sparse.

Pirozzi’s career in music began in Collegeville, Pennsylvania, with his close musical counterpart and lifelong friend Sam Becht. The two met through their assigned seats in elementary school.

“I met him in the third grade,” Becht said. “It’s always been really easy to work with him.”

The first Pinstripe Sunny record — “Bossa Loser” — was recorded in the span of nine days to amass material for a gig Becht had booked for Pirozzi in Philadelphia last year.

When it came to performing “Bossa Loser” live, Pirozzi enlisted a band which would go forth as the permanent lineup for Pinstripe Sunny. The current five piece set is comprised of Pirozzi, Mark Stinley on drums, Hsuan Chang on keyboards, Sam Nigh on bass and David Galinsky on guitar.

“[The gig] was two weeks after Sam told me about it, so I kind of locked myself in my guest bedroom and just recorded and recorded,” Pirozzi said.
Pirozzi pulls his influence from indie artists such as Mac DeMarco, King Krule and Lamp. He describes his music as “dreamy” and says he finds inspiration in the seemingly mundane tasks of daily life.

Because Pirozzi draws inspiration from so many strange places when writing music for Pinstripe Sunny, the crowd at one of his band’s shows ranges from kids from the Pittsburgh DIY scene — a community of bands who record their own music — to close friends of Pirozzi and his bandmates. All gather to hear the trippy bedroom-pop stylings found on “Bossa Loser.”

“Out of all the bands and all the crowds, Pinstripe Sunny definitely gets the weirdest crowd,” Pirozzi said.

Pinstripe Sunny played at Mr. Small’s Theater on May 19, just a few days before DeMarco — a Canadian indie rock singer-songwriter — played on the same stage.

“I sometimes look at the ticket and see “Mr. Smalls — Pinstripe Sunny” and I have my other ticket […] “Mr. Smalls — Mac DeMarco,” and I’m just like, ‘Holy moly. We warmed up the stage for Mac DeMarco,’” Pirozzi said.

What sets Pirozzi apart from other musicians is his interest in bringing together seemingly incongruous production and lyrics — he is able to apply his jazz-influenced style to any project or collaboration he has in mind.

Indigo Baloch, 23, is a close friend of Pirozzi and said he pulls inspiration from a lot of unique places.

“I think the best thing about Dave as a musician is that he is just always really interested in trying new things,” said Baloch.

Baloch said that Pirozzi is always really invested in his collaborations and Pirozzi has nothing but praise for his collaborators. He is set to continue his work as a guitarist and songwriter with Zaki — another Pitt band previously profiled via lead singer Jack Stauber. Zaki is a collaboration between Pirozzi, Stauber, Stephen Kraus and Jesse Descutner.

“When I work with these guys and I see how they hone their craft with their instruments, it’s disgusting,” Pirozzi said. “Everybody brings something to the table.”
Pirozzi has also teamed up with well-known Pitt musician Eidinger on their jazz-pop project Small Fries. What started with Pirozzi offering Eidinger some leftover fries after one of her house show sets blossomed into two Small Fries EPs. The outfit released their sophomore EP “Side Order” on June 8.

“I feel like we are always on the same page musically. And it’s really natural to collaborate with him, unlike any collaboration I’ve had before,” Eidinger said.
In addition to Pirozzi’s collaboration with AllegrA, Pinstripe Sunny also plays shows where AllegrA is on the line-up — the two artists performed at Oakland’s Digital Plaza on April 29.

Gearing up for his favorite season and last semester at Pitt, Pirozzi has a lot planned for the future. He and the other members of Zaki are currently working on the band’s debut album in addition to his continuing work with Pinstripe Sunny.

The spirit of Pirozzi’s music lies in his ability to capture the minutiae of life and make it exciting — he can write about an everyday event and turn it into a destination as opposed to merely a journey.

“If I am walking from point A to point B, I want to make my song about the walk. I don’t want to make it about what I’ll do when I get to point B,” Pirozzi said. “I want it to sound like a slice of life, but in music.”