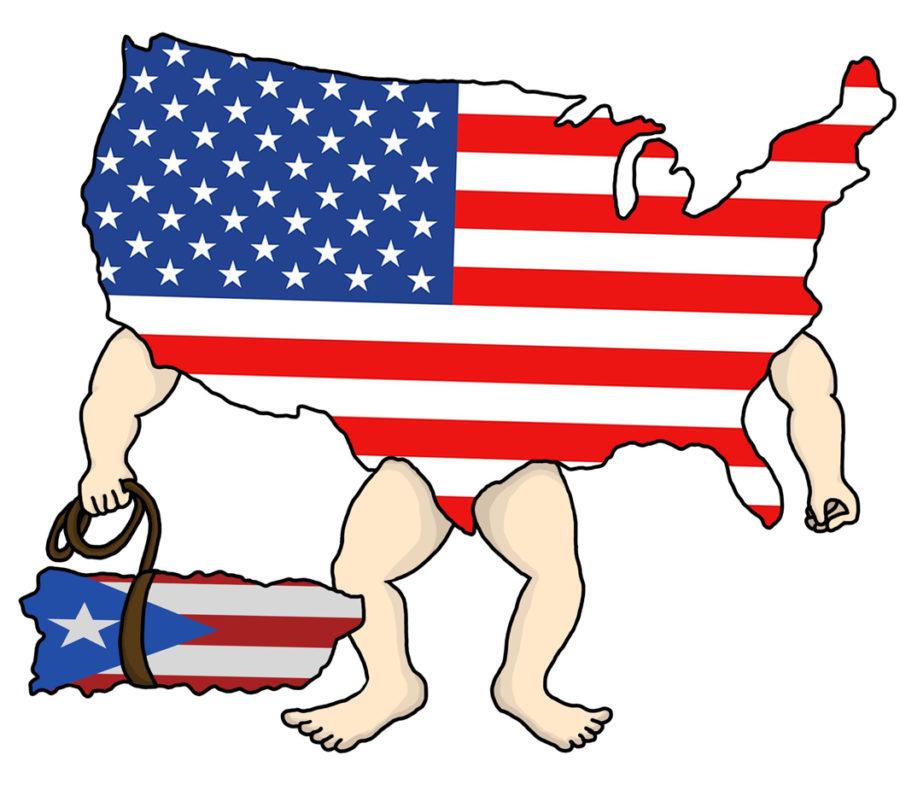 Since the Spanish claimed Puerto Rico for their own in 1493, the land saw independent rule from July 17 to July 25 1898.

The American invasion of Puerto Rico on July 25, 1898, changed the land, politics and people forever. And today, it’s for the worse. Puerto Rico is in serious economic distress, and it’s almost entirely the United States government’s fault — and we’ve done nothing to fix things for our territory. It’s time for the U.S. to make some serious changes to the way it treats Puerto Rico, namely allowing the territory to file for bankruptcy and funding a binding referendum that will empower the people with full autonomy of choice.

Today, Puerto Rico exists as a commonwealth — not quite a territory, not quite a state. Residents of the island receive full U.S. citizenship at birth, but are also disenfranchised while they live in Puerto Rico. In fact, any American living in Puerto Rico does not have the right to vote in the U.S. presidential election, nor do they benefit from representation at the federal level.

But there are some positives to the commonwealth status as well. For example, workers in Puerto Rico do not have to pay a federal income tax, nor do they pay into programs such as Social Security. However, as with everything on the island, this comes at a cost — Puerto Ricans are subject to a much lower Medicaid federal match rate than residents of US states are, meaning the commonwealth received only 14 percent of its total Medicaid costs in 2015, compared to the state average of 57 percent.

To address issues like these, Puerto Rico held three referendums since 1998 on the issue of statehood — most recently, on June 11, statehood won with a staggering 97 percent of the vote. But there’s one big problem with the results. Only 27 percent of eligible voters showed up at the polls, and many, including U.S. Congressman Luis Gutierrez (D-IL), say that only those in favor of statehood voted.

“Those who advocate statehood in Puerto Rico will claim that this Sunday’s vote is a referendum on statehood. That is a fiction, because it’s clear that only one party will participate in the one-sided election … the June 11 plebiscite is a farce.”

Gutierrez also pointed out that the U.S. government made no claims to honor the results of the referendum, leaving many voters rightly wondering — what’s the point?

But the governor of Puerto Rico, Ricardo Rossello, sees a reason for it all.

“If we establish that the people of Puerto Rico want statehood and reject the current colonial status, then the nation that professes democracy is going to need to act,” he told The Guardian after the recent referendum.

But even if Puerto Rico were to become a state, which would take decades, there first needs to be change surrounding Puerto Rico’s economic situation.

Puerto Rico is in such serious debt that in 2015, then-Governor Alejandro Garcia Padilla announced that the commonwealth’s $72 billion debt could not be repaid. This announcement surprised the creditors, which include 34 hedge funds, most of which are known as vulture funds — hedge funds that specialize in distressed debt. Many of these hedge funds also sought to profit from the economic crises of Greece and Argentina, The Guardian reports.

These hedge funds then commissioned a report by former International Monetary Fund economists to find a solution to the problem. They proposed that Puerto Rico should cut social services, including spending on public education and healthcare — and the Puerto Ricans are displeased.

“The simple fact remains that extreme austerity is not a viable solution for an economy already on its knees,” said the Governor’s Chief of Staff Victor Suarez Melendez.

If the tax breaks were ever repealed, the island would lose all of its investors — which is exactly what happened when President Bill Clinton’s repeal of section 936 went into effect in 2006, launching the island into the recession that it’s still in today. And when the island lost all of its investors, it lost all of the jobs that come with it. The unemployment rate in Puerto Rico rose from about nine percent to over 17 percent from 2006 to 2011, and today it sits at 11.5 — that’s compared to the U.S. rate of 4.6 percent.

But reinstating these tax breaks isn’t the answer, nor is it a short-term solution.

In the short-term, Puerto Rico must be permitted to pursue bankruptcy as any other municipality, city or state in America can. Currently, the island can restructure its debt under an Obama-era act called PROMESA — that many, including Wall Street Journal columnists, state representatives in Puerto Rico and the director of the National Hispanic Caucus of State Legislators say has failed to live up to its promises.

Instead, the U.S. government should do what’s within its power and allow Puerto Rico to restructure its debt like Detroit did in 2013. Under PROMESA, Puerto Rican debt is controlled by an advisory board appointed by the U.S. government, compared to Detroit’s ability to manage its debt alone, essentially stripping Puerto Rico of autonomy, and following a centuries long trend of doing so.

But there are other steps that can be taken as well.

In light of the most recent vote, it appears — although it is not certain — that the island wishes for statehood. But that uncertainty is enough to warrant another referendum, and this time, the result should be guaranteed by the U.S. government. The cost of the referendum should also be absorbed by the U.S. — after all, it’s our fault that Puerto Rico got to this place, so the least we can do is fund a referendum.

And hopefully, Puerto Rico will serve as a model for other U.S. colonies, such as Guam, American Samoa and Northern Mariana Islands. By working in cooperation with the U.S. government to pursue a plan that the residents of the island are satisfied with, Puerto Rico has the chance to succeed.

But unfortunately, the blame points back at the mainland — it’s time for the U.S. government to recognize the severity of Puerto Rico’s problems and accept responsibility for its role in creating them. And from there, as one reporter said about Detroit’s recovery, “when you hit rock bottom, the only way is up.”

Let’s hope that Puerto Rico finds its way up, whether it’s with or without the 50 states.