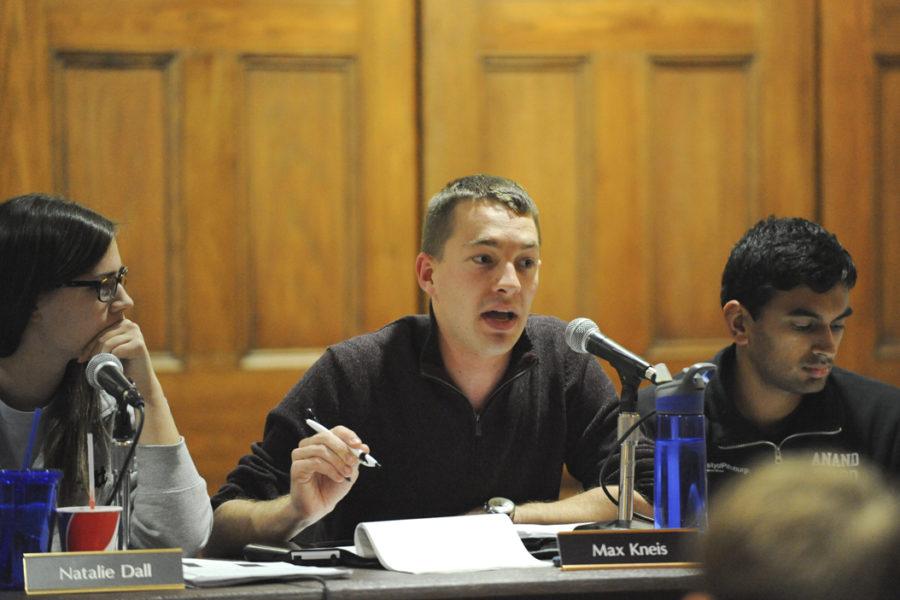 Max Kneis, 2017-18 SGB President, advocated for an extended winter break throughout his campaign. (Photo by Will Miller | Senior Staff Photographer)

Pitt’s Student Government Board announced Saturday that University administrators will be extending winter break by several days for the 2017-2018 academic year.

The announcement, which SGB made in a post on its Facebook page, was accompanied by an academic calendar showing a break between semesters lasting from Saturday, Dec. 16, 2017, to Monday, Jan. 8, 2018.

Last year’s spring semester began on Wednesday, Jan. 4, 2017 — giving students little more than two weeks of break between semesters. Looking at next year’s academic schedule as it currently stands, the spring 2018 semester will end in the last week of April, just as it did last year.

Incoming SGB president Max Kneis made extending Pitt’s winter recess a key element in his platform for election in the spring semester, telling The Pitt News that the school’s break was one of the shortest among our peer institutions.

“I benchmarked every ACC school, looked at all their winter breaks and then got really upset when I saw almost everyone has an extra week,” Kneis said in February. “Students are really upset.”

Kneis’ proposal appeared to enjoy wide support among the undergraduate student body, with more than 450 likes and 90 comments as of Tuesday night on SGB’s post about the change. SGB itself suggested that the move was popular among students and touted its success as evidence of the University administration’s desire to listen and make changes.

“This change is a great example of how student voices impact the student experience,” the post said. “You asked for change, and the University listened.”

While most students reacted positively online, a few remained skeptical or unimpressed. Joseph Chen commented that the change was less significant than many thought.

“[W]hat was the alternative[?] starting spring semester on Monday, January 1st?” Chen wrote. “Pitt’s acting as if they’re so generous.” Last year, when January 1 landed on a Monday, the University started the semester for undergraduate students on the Wednesday immediately following.

Other students feared the schedule change might interfere with spring break, delay the end of the semester or reduce the number of days off during the semester. As it currently stands, the academic calendar for next school year does none of these things.

The most common complaint among Facebook users was that Pitt hadn’t made this change before they graduated.

“One of the biggest advantages of our academic calendar is our early end to the school year, which has not changed,” Kneis told The Pitt News, pointing out that Pitt students have a head start for summer opportunities over students at other colleges. “This is a strategic advantage for Pitt that we want to keep.”