Playoff Push: A look at the Bucs’ schedule 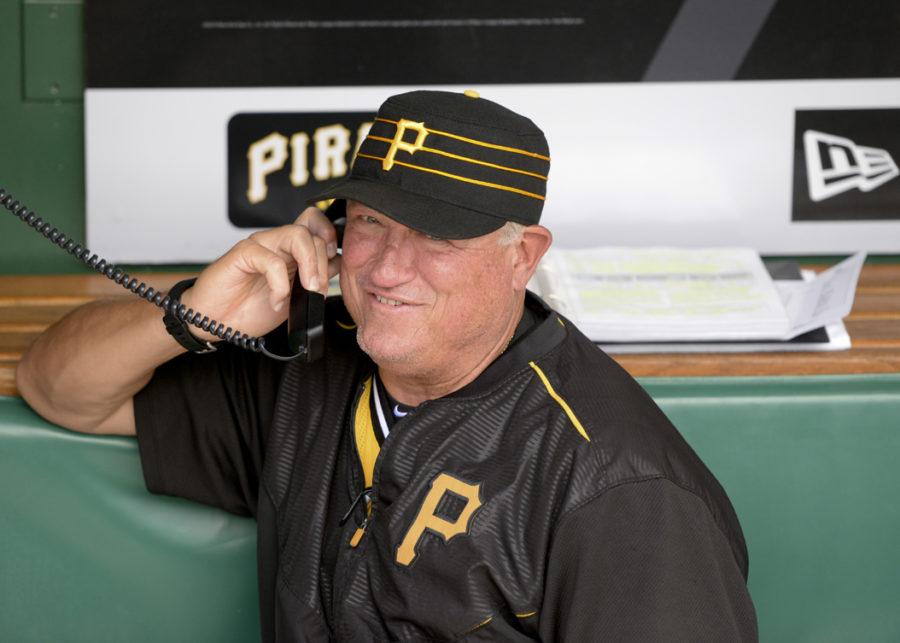 Pirates Manager Clint Hurdle has revitalized the franchise in his seven-year tenure and looks to return to the playoffs in October. (Photo by Matt Hawley | Staff Photographer)

Just five years ago, this season would have been considered a success for the Pirates. But now, after making the playoffs in three of the past four years, many see it as a disappointment.

With just under 70 games left in the regular season, the team sits two games under .500 at 46-48 and five games back of the NL Central-leading Milwaukee Brewers. The two teams are in the middle of a critical four-game series this week, with the Pirates winning the first two Monday and Tuesday.

A split of the last two games would keep the team well within reach, but winning both would really cut away at the Brewers lead and open the door for the Pirates, who embark on a nine-game road trip on the west coast to close out July.

There, they’ll play the Colorado Rockies, San Francisco Giants and San Diego Padres — the bottom three teams in the NL West. This stretch is absolutely critical for the team, as the Pirates need to keep pace with the rest of the division before the schedule gets tougher in mid-August.

Plus, the Rockies currently sit in the second, and last, wild card position with a 5.5-game lead on the Chicago Cubs. While there’s a better chance that the Pirates catch the Brewers, the wild card shouldn’t be ruled out.

On Aug. 1, the team returns home for an eight-game homestand against the Cincinnati Reds, Padres and Detroit Tigers. Then, the schedule picks up in a big way on Aug. 15 when the Pirates start a two-game road series against the Brewers. The Bucs have historically struggled at Miller Park, but these are must win games if the team is still in the division race.

Following that trip, the team has a consecutive four-game series against the Cardinals and MLB-leading Los Angeles Dodgers. Earlier this year, the Pirates were swept by the Dodgers in a three-game series which included a 12-1 shellacking on May 8.

Outside of that, the Pirates have six games each against the Brewers and Cardinals, seven against the Cubs and nine against the Reds. And while that may sound like a good thing, since the Pirates can make up ground quickly, it could very well prove to be the team’s undoing.

In the past three seasons, the Pirates have struggled against their division rivals and failed to break .500 against them. This year, the team has been better, but currently sits one game below .500 at 18-19. Playing even over this stretch probably won’t be good enough for a playoff spot, meaning the group will have to find a way to get past their division demons.

So while the Pirates are surging right now — winning eight of their last 10 — they still look to be on the outside of the playoff picture. They have a good chance to move in, but a lot needs to go their way.

It all starts with the last two games of this series. If the Pirates can win both, they’ll have the momentum and be within three games of the playoffs with just over two months left in the season.