City to install bike lanes on portions of Forbes and Bigelow 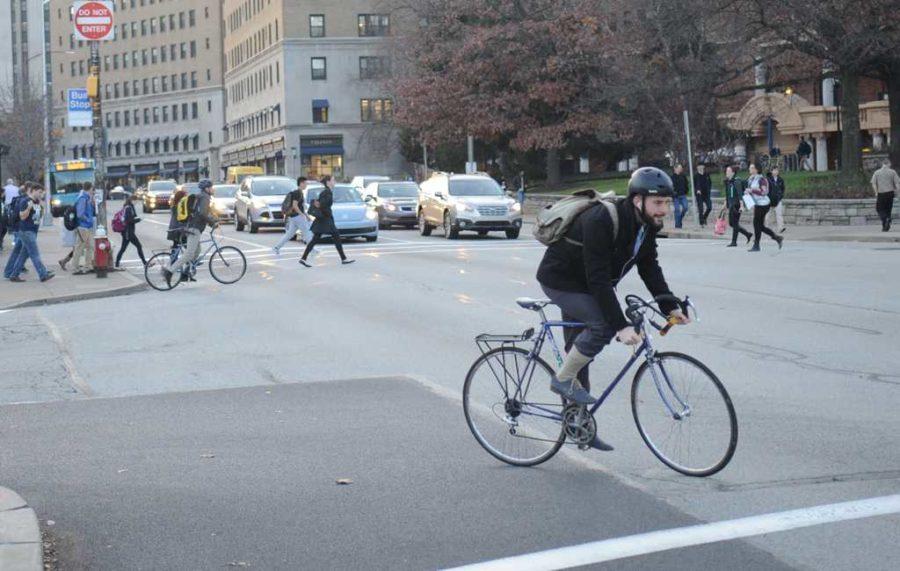 The city of Pittsburgh will begin installing bike lanes Tuesday on portions of Forbes Avenue and Bigelow Boulevard, two years after a Pitt administrator was killed while biking in the area.

The city is adding bike lanes in both directions on Forbes from Bigelow Boulevard to Craig Street and along Bigelow between Fifth and Forbes. Construction will begin Tuesday and will last one to two weeks depending on weather conditions. Installation should be completed before the end of the month, according to a press release from the mayor’s office.

The bike lanes are coming nearly two years after Pitt administrator Susan Hicks died after being hit by a car while biking at the intersection of Forbes Avenue and South Bellefield Avenue in October of 2015.

Port Authority bus stops will remain active during the lane installation. Streets will remain open to traffic, although a change in traffic patterns should be expected.

Funds for the $45,000 project are coming from the 2017 City of Pittsburgh Capital Budget funds. Bicycle signals will be installed at a later date.

Pitt told social media followers to “expect delays” and “plan your trip to campus accordingly,” as the construction lines up with students returning to campus for the fall semester.

According to the mayor’s press release, city officials have been working closely with PennDot, Carnegie Mellon and Pitt to “ensure that ongoing improvements to the Fifth/Forbes corridor will create a safer environment for all residents and roadway users.”

The release also stated that the city has been working closely with Pitt on the short-term and long-term designs for Bigelow between Fifth and Forbes.

“The 2017 installation of bike lanes and reconfiguration of the street is the first step towards a long term, complete streets vision for this portion of Bigelow Boulevard,” the release said.