Dr. Who takes on a new enemy: sexism 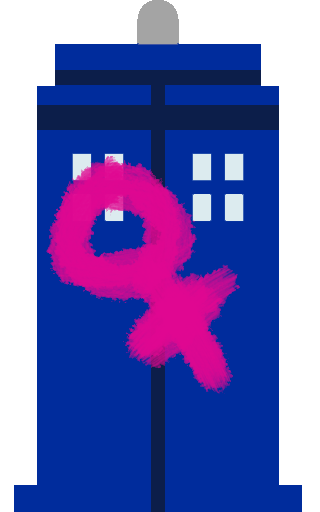 Dr. Who has faced many adversaries over the past 54 years — daleks, cybermen, weeping angels — all of which the Time Lord has defeated. But this season, the 13th Doctor is up against a new kind of rival — sexism.

The character will take its first female form this year, as Dr. Who will be played by Jodie Whittaker.

For a show with such a long standing theme of equality and fair treatment regardless of gender, race, religion, sexuality or planet origin, the most shocking thing about the 13th Doctor being a woman is the fact that it took so long.

“Doctor Who” tells the story of a space alien known as a Time Lord from the planet Gallifrey, who goes by The Doctor. Using his TARDIS, a time machine, he and his companion, travel the universe with little plans other than to solve the problems that come their way.

The BBC series first aired November 23, 1963 and continued to run until 1989. The series relaunched again in 2005 with the Ninth Doctor, played by Christopher Eccleston, and modernized the series for younger generations.

Instead of dying, the Doctor regenerates in a new form. In the original series, the Doctor was only meant to regenerate 12 times, meaning that his thirteenth appearance would be his final. Because of the shows popularity, an episode in 2013 surprised viewers with the announcement that the Doctor would have twelve more regenerations, breaking from the original series. Still, it’s fitting BBC used the prominence of the thirteenth regeneration to introduce the first female Doctor.

When I started watching the show about ten years ago, a female doctor would have been something out of my wildest dreams. Yet as the show continued to portray women in more groundbreaking roles — such as scientists, prime ministers and spies — it began to feel like the show was missing something.

Even with the regenerated doctor being slightly different from the lasts, and the frequent switching of companions, the show’s dynamic needed something new — and a female doctor is just that.

The best reaction to the long awaited announcement came in the form of a twitter video posted by @jenny_trout, of her daughter crying tears of joy after finding out Whittaker was set to play thirteen.

Unfortunately, a portion of the male fan base struggled to grasp how a woman would fare in the role. Some have gone as far as refusing to watch the next few seasons because they believe a female doctor obstructs the show’s integrity. For some reason — sexism maybe? — men still struggle to grasp that women are capable of playing the same rolls as men, both on and off the screen. To actually cast a woman in a role previously held by 12 different men is the kind of equal representation women have been demanding for years.

And although men and women are said to be equal, there is a large disparity in what’s being said and what’s actually being done to ensure this equality.

Even with more women playing lead roles, the characters they play are usually made to be female. By this I mean that the roles intended for women are often shaped by gender roles and stereotypes determining how they dress, carry themselves and even what jobs they hold.

The Center for the Study of Women in Television and Film found women protagonists on screen were younger than their male counterparts, and more likely to star in comedies (28 percent) or dramas (24 percent) than science fiction (14 percent) or action films (3 percent).

We’re at the point where right now, if you picture a doctor, pilot or CEO, most people would picture someone male. That’s not to say that those people don’t believe that women could hold these roles — the problem is that due to a lack of female representation in these fields and in the media, people assume male rather than female.

And while TV and film are not the root causes of sexism, these industries can affect serious change.

Because media of all kind portray societal norms, continued representation of oppressed and minority groups can deconstruct stereotypes. Stereotypes that portray firefighters or police officers as male discourage young girls from pursuing these careers. Representation leads to inspiration, and inspiring young people to disregard archaic gendered stereotypes will lead to a more equal and empowering world for all.

A female Doctor is a step in the right direction, and joins recent projects like “Wonder Woman,” “Hidden Figures” and “Game of Thrones” in casting women in commonly male roles.

No matter her performance, Whittaker will take us where “Doctor Who” has never been before — not an easy feat for a character with an interdimensional time machine.

Write to Elise at [email protected].