Dear social media: it’s not you, it’s my mental health 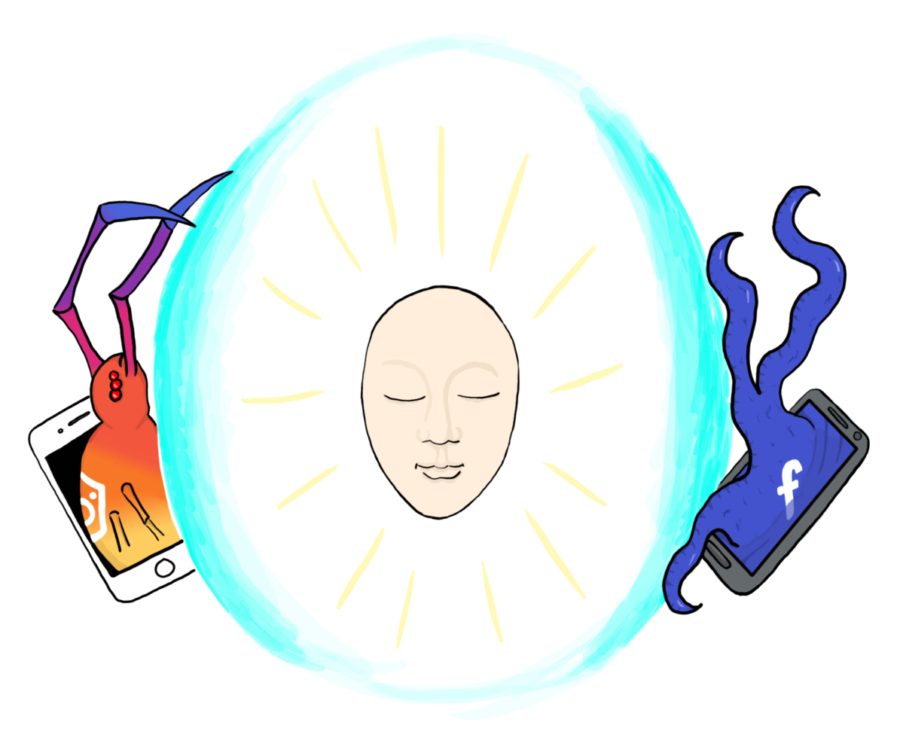 By Audreela Deb | For The Pitt News

And there’s proof of it all on social media — at least, if this year was anything like last. Instead of devouring the summer social media slurry, I decided to take a break from it all. I called it my social media cleanse.

All it took was one short video on Facebook to hit me in the gut — a three minute video of watching people twist the truth on social media. Although the video was likely the doing of a campaign against teenagers and their gadgets, it worked.

The segment that struck me the most was one in which some friends were out to eat at a restaurant. They were just eating without conversing while scrolling through their phones. They looked like zombies. Later on they asked the waiter to take a picture of them — they posed to look like friends who’d just enjoyed a dinner full of enjoyable conversation and connection, posted their photos to Instagram, and went right back to scrolling.

It was then that I realized I needed to change something. We are so caught up in appearing a certain way that our online selves and real selves have never been further divided. The mindfulness and presence that I felt like I needed was caged in this online realm, so I needed a break.

We’ve heard of all different types of cleanses — the juice cleanse, the tea detox, the master cleanse — and I’m sure we’ll hear about a new trend within the next few months. I’ve fallen prey to a few of these trends, but none ever stuck long enough to make a long-term impact on my lifestyle.

Due to struggles with mental health, I was wishing for a change in some aspect of my life. So I decided it was time to let go — and here I am two months later with no Facebook, Instagram or Snapchat.

Throughout the spring semester, I began to realize that I was less efficient and less creative than ever before. I thought that because college is a busy time, it was normal not to have time for other important recreational activities.

I love reading, and I have always wanted to learn how to cook. At the beginning of the semester, I made a bucket list of projects like this, but as time passed, none of them were even started. The reason was the first thing I woke up to and last thing I went to bed with was my phone and social media. I was online between classes, during class and during me time. Studying at my desk was no longer efficient and neither was Hillman, because it was my own focus, not the environment, that was the problem. I was so involved in having a life online that my life offline was on pause.

Addicting is one word that comes to mind. The small, uneventful moments of riding the bus, walking to class and eating in Schenley are fruitful times for the mind and body — time to be present and connect with people and places outside the screen.

I can’t blame social media as the villain behind all of these internal crises, but it was one thing I was able to control. Moderation is key to any aspect of life — thus, the social media cleanse.

It was almost too easy, but I think it was because I was craving it for a long time. No one forced or guilted me into tearing myself from these apps except for me. When you cannot venture into a life without an entourage of apps is when you should consider the time for a cleanse.

I let go of one thing at a time: no music during my runs, phone off while studying, phone in my purse while at work. And I saw more results, such as feeling more connected to nature when I went on daily runs. Focusing on breathing air through my lungs, hearing my feet against the concrete, and smelling the oak trees are all little things that I missed while engrossed with my phone and what song I should play next. I was able to finish readings and deadlines faster when I wasn’t checking my phone every ten minutes. Out of sight, out of mind.

More importantly, I was no longer comparing my life to others. I am now more comfortable with just living my own life — watching Netflix on a Friday night without feeling like I should be doing something more fun, or going to a concert without feeling this pull of watching it through a screen versus my own eyes.

It is now been two months since I’ve been social media-free, and I’ve found that the longer I spend away from it, the less I crave it. Though I returned to Facebook for professional reasons, I waited until I felt I was ready to do so. And even though I’m back, the mindless scrolling through my timeline isn’t. At this point, I’m not sure if I’ll return to Instagram or Snapchat anytime soon, and that’s all right with me.

That’s not to say that my habits instantly changed forever — there were certainly times where I had to actively remind myself not to check my phone, or times when I typed “www.faceb” before closing the page. But now, it’s far easier to recognize when I need to take a step back.

This is a pretty life-changing thing to realize. You can rid yourself of these apps, but it won’t magically change your life — unless you want it to. You, and only you, have the mindset to change your ways in order to create a balanced dynamic in your routine and life.

And in a world where control is the key to staying sane, this is one easy step toward sanity.