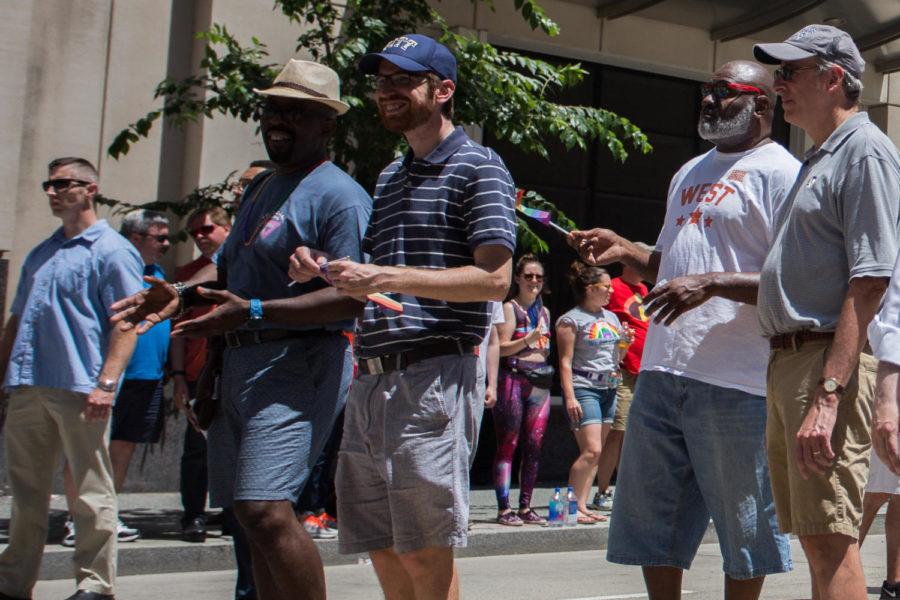 For many of the thousands of new and incoming Pitt students, this fall in Pittsburgh will be their first. It’s an experience that City Council Member Dan Gilman shared with them many years ago.

“Whether I’m a native depends on how original you go,” Gilman said, laughing. “We moved to Pittsburgh when I was 13.”

Gilman sits on Pittsburgh’s City Council as the representative for District Eight, which stretches from Point Breeze and Shadyside to North Oakland, including all of Pitt’s residential dorms north of Fifth Avenue. He says the district, which he’s lived in ever since his family came to Pittsburgh, is among the most exceptional in the city.

“[The district is] almost a mini city in and of itself,” Gilman said. “It’s incredibly diverse — we’ve got everything from museums to quiet residential districts, Catholic and Orthodox churches to synagogues.”

Gilman’s praise for his district’s broad assortment of special characteristics comes from a place of familiarity — the councilman’s academic and political careers both took shape within the area’s borders. Gilman graduated from Carnegie Mellon University in 2004 with a degree in ethics, history and public policy. Serving as the president of CMU’s student government, he continued his career as a political aide to then-Councilman Bill Peduto, who also represented District Eight. When Peduto went on to win the mayorship in 2013, Gilman was elected to the newly-vacated seat and stepped up into his old boss’s job.

“[Peduto] is personally one of my closest personal friends,” Gilman said. “Politically, I think most of the council would call themselves his ally. Eight out of nine members endorsed his re-election campaign.”

Pittsburgh’s municipal government is modeled along the “strong mayor” system common among large American cities, which, unsurprisingly, leaves fewer powers to individual members of council than it does to the mayor. The mayor’s powers include everything from appointing and dismissing the heads of city departments at will to directing citywide executive programs.

But while his influence is limited compared to the executive’s, Gilman still benefits from a detailed understanding of the city’s political landscape. According to Viola Garis, a recent Pitt graduate and former intern in his office, it would be hard to overstate the councilman’s savvy approach.

“He knows essentially everything about how Pittsburgh government works,” Garis said. “If I had a question that couldn’t easily be answered by the staff, he always had the answer.”

Gilman’s intimate knowledge of the city’s politics has helped him in identifying key areas for policy improvement. He framed some of the biggest issues facing the city as a whole squarely in the context of his own constituents’ experience.

“[Most] everything that impacts the student experience is covered at the city level,” Gilman said, mentioning public safety, pedestrian and cycling issues and zoning for University buildings.

According to the councilman, his district isn’t just facing local issues like these, though. More national-level issues, including the heroin and opioid epidemic, deteriorating infrastructure and the relationship between police and minority communities have become particularly relevant in recent years.

“We face the same challenges, yet state and federal institutions aren’t responding,” he said.

Gilman points out that his district is one of the youngest in the city, as well as the only district to see population growth between the 2000 and 2010 censuses.

“It is challenging to manage growth,” Gilman said. “But it’s also more fun.”

Among the challenges the councilman mentioned specifically important in District Eight is the question of how to ensure that members of communities that already exist in the district — and have for a long time — aren’t crowded out or left behind by newcomers.

“Oakland is almost four or five neighborhoods in one,” Gilman said, discussing incoming students’ role in particular as district newcomers. “I would say students should have respect for existing community while also ingratiating yourself into that community.”

But seemingly an even more central part of Gilman’s agenda is attracting younger residents to the growing district and convincing those already here for school to remain after graduation. He praised his district in particular and the city in general as big enough to offer the variety, creativity and opportunity needed to pursue your ambitions, but at the same time small enough for an individual to make a difference.

“Pittsburgh is either America’s smallest big city or its biggest small town,” he said. “You can have a tremendous impact at an incredibly young age.”

Gilman also pointed out the city’s growing college-educated population. With one of the largest increases in the number of educated millennials in the country, Pittsburgh is beginning to find that the problems of college graduates in the 21st century are becoming its most pressing problems as well. And nowhere in the city is that more immediate than in Gilman’s university-heavy district.

Council Member Corey O’Connor, who represents District Five, including Schenley Park and south Squirrel Hill, introduced a will of council in July to address one of these problems — student debt. The proposal would incentivize students to stay in the commonwealth after graduation by absolving them of a portion of their student loans equal to 15 percent of any mortgage they take out in Pennsylvania.

“If we could keep half of the population of all of our graduates, we would be doing really well,” O’Connor told The Pitt News.

Both O’Connor and Gilman see the possibility of the state legislature in Harrisburg taking up and approving the policy as an exceptionally long shot given the capital’s predictably sluggish approach to passing even basic legislation. But Gilman says he sees a way forward to aid financially struggling recent grads in his district and throughout the city.

“The one area I’ve focused where we do have control is down payments on existing home mortgages,” Gilman said. He referenced the Pittsburgh Home Ownership Program, a city-funded plan that subsidizes mortgage loans for new homeowners.

“We’re looking at that basic model, tweaking it and investing more money in it,” he said. “There’s likely to be legislation coming from me in the next couple of months on that.”

But perhaps more important than any one policy proposal is Gilman’s steadfast advocacy for the benefits of becoming a part of the community in the district and the city — whether you’re a millennial or not.

“[Pittsburgh]’s one of the safest cities in America,” he said. “We have one of the best restaurant scenes in America. I recognize how easy it is to think all of Pittsburgh is within a quarter-mile of campus, but you should get out and experience all [of the city.]”

Gilman seemed to enjoy little more than rattling off the upsides of his community and city.

“Have I convinced you yet?” he laughed.