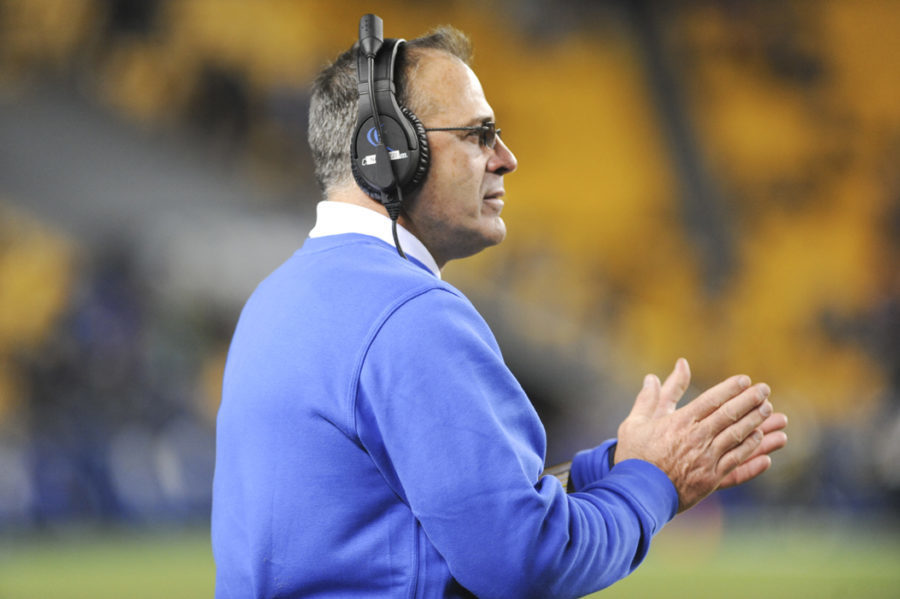 Head coach Pat Narduzzi is looking to get the Panthers to the ACC Championship Game in his third season. (Photo by Jordan Mondell / Contributing Editor)

A 6-foot-1 defensive lineman from Pittsburgh Central Catholic High School, Green chose the Panthers over Virginia Tech, Minnesota and Rutgers, among others.

He is rated a 3-star player by 247Sports and is the fourth defensive lineman in the 2018 class, joining fellow WPIAL products Noah Palmer and Devin Danielson and Maryland native John Morgan.

The trio of players will be critical in rebuilding depth on Narduzzi’s defense after the coach dismissed two projected starters this summer — seniors Jeremiah Taleni and Rori Blair. A number of young, inexperienced players will be expected to step up this year, but the team will need to recruit the position heavily to get back to a healthy number of players.

There’s still a long way to go though, and the class could come a long way by the Feb. 7 signing deadline.