Identity politics: finding my heritage in a hometown I never knew 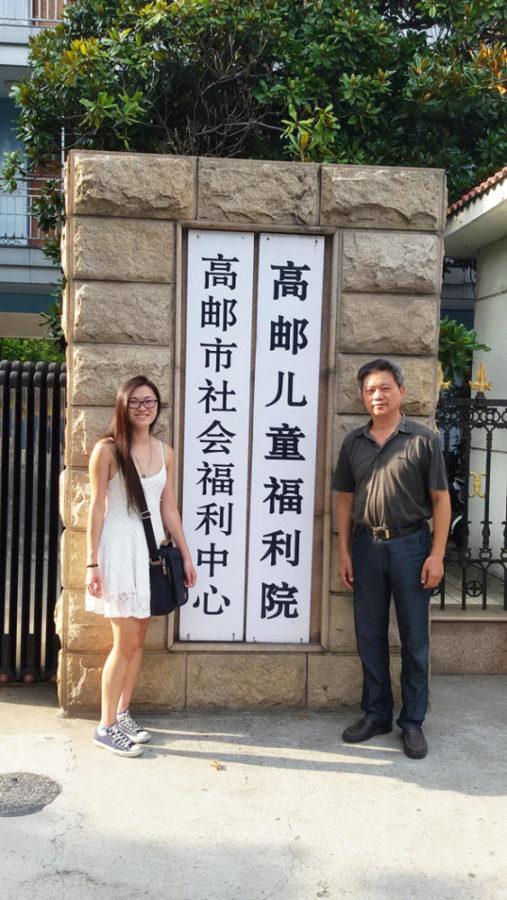 When talking about adoption, people approach me with a delicate curiosity, like when enquiring about the sick or the dying.

Apologies, whether for the assumption that my parents are my birth parents or for the adoption itself, are common. People don’t quite know what to say to me. They ask more about my circumstances or tell me about someone else they know who’s adopted. Sometimes, people make unnecessarily cruel comments about how my real parents didn’t want me. I’ve also encountered intellectualized ignorance, where people explain the politics of the one-child policy without regard for the human consequences.

Over time, I have learned how to navigate these conversations. But returning to China to study abroad this summer shifted the paradigm. I could no longer answer as an adoptee who had never been back.

When I first arrived in China, I thought I could avoid, or at least delay, having to think about myself and my adoption for another few years by avoiding my hometown. After all, I was studying in Shanghai, and while Gaoyou was close, traveling there wasn’t convenient.

But eventually, I returned. I’m not quite sure what made me do it. There was no romanticized yearning, no sudden epiphany that going back was something that I needed to do to find fulfilment or closure. I may have just mentioned the potential of going back one too many times, and eventually it turned into an actual conviction to return. It may have helped that being in China brought my Chinese identity — or rather, the difficulty of my claiming it — to the forefront of my mind.

I’m not fluent in Chinese — something I was reminded of every day while there. When I arrived I could barely explain to people that I didn’t know Chinese. I have a respectable grasp of Chinese history, but nothing close to resembling expertise. I don’t know about the culture, and for a long time I had little interest in even learning. I prioritized learning new recipes and songs or developing my skills as a writer and editor. The stakes always felt too high to even try learning to be Chinese. After all, if I failed, if I wasn’t enough, I might discover that I was never really Chinese at all.

At times, the notion seems ridiculous. Being Chinese seems like an identity that you either are or aren’t. Nobody gives you guidelines on the criteria of identification so I always felt that I was falling short. The fear that somehow I wasn’t enough — good enough, Chinese enough, interested enough — kept me from exploring my roots, lest I fail and discover I would never fit in.

But Gaoyou didn’t symbolize my own validation. Getting there wasn’t like reaching the light at the end of the tunnel. If anything, the prospect of being there heightened every anxiety I had to the point of nausea lasting the entire week before I went.

A little over a week before the scheduled trip, I emailed the former Communist Party Secretary of Gaoyou, Ni Wencai, whom my parents had met when they adopted me. He reserved a hotel room for me and scheduled a visit to the welfare center where I’d spent the first year and a half of my life. When I arrived at the hotel, I was met with a language barrier. The translator Wencai hired was waiting at the welfare center, so the car ride was spent mostly in silence with a few attempts to strike a balance between his limited English and my paltry Chinese.

The welfare center was smaller than I’d expected. It was simpler. Quieter. A building of several stories with balcony-lined hallways opening to the road stood inside a gate that retracted to let the car in. We got out of the car and Wencai led me up a staircase to the top floor, where several staff members were waiting to usher me into an air-conditioned meeting room.

I sat down, and they handed me a bottle of water and a folder filled with my original adoption paperwork. I looked through the first year and a half of my life — the police documents from when they initially found me, the medical reports, the photos and paperwork my parents had to send in to adopt me.

They asked me if I had any questions, anything I wanted clarified. I asked them about the welfare center, about Gaoyou, but after a few questions I realized that they didn’t have the answers I wanted and that the confusion I had could never be clarified. They couldn’t tell me who my birth parents are or why they abandoned me. They couldn’t give me the peace of mind that I really am Chinese.

When I finished looking through the paperwork, they showed me a few rooms where children were playing. In the second room, a young girl immediately wrapped her arms around me and led me to the table where she was playing with a train set. I sat in the too-small chair, overwhelmed at having been called jiejie — older sister — for the first time, when the translator tapped me on the shoulder and introduced me to one of the ayi — nannies — who remembered me from when I was a baby. The staff took our picture and asked me how I felt, but I didn’t have an answer in either language.

Wencai and some of the welfare center staff took me out to dinner afterwards. I was mostly silent, partially from processing the day’s events but mostly from the language barrier. They made a toast to me, but they had to translate it for me so that I knew that they were welcoming a daughter of Gaoyou back home. It seemed almost humorously incongruous. That night in my hotel room, I didn’t know whether to laugh or cry.

It’s hard to say whether I feel any more Chinese now than I did before going back. I know more Chinese, I learned about Chinese politics and history and I immersed myself in Chinese culture for two months. But those are things anyone with enough time and dedication can do.

But I feel as though for the first time, I’m on the right track. There’s still plenty of fear that I’ll always be lacking or insufficient, but fear of failure isn’t a good enough reason not to try. I hope that next time I go back, I’ll be able to be proud of how far I’ll have come.

Kim Rooney is the Assistant Copy Chief for The Pitt News. Write to Kim at [email protected].