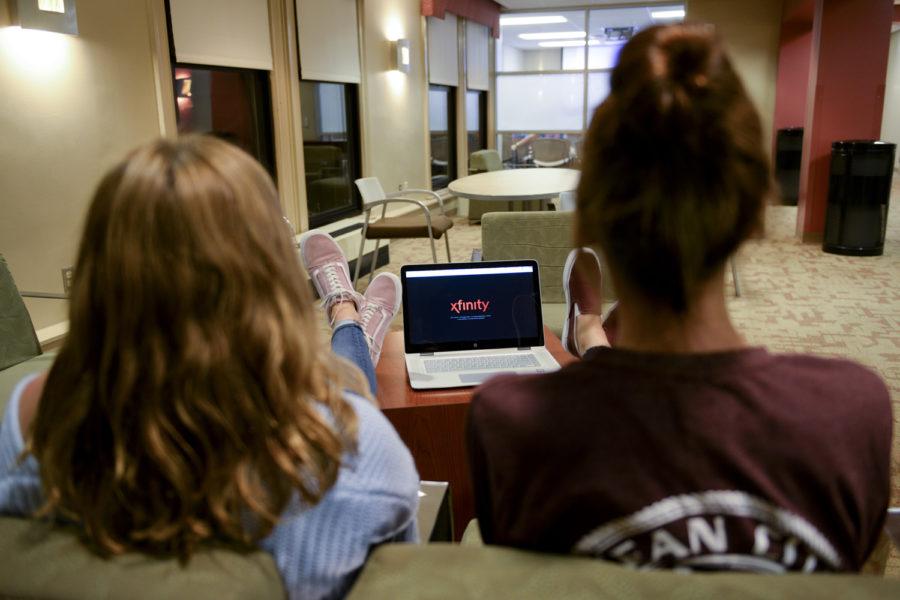 Campus Television is now portable and pocket-sized at Pitt.

Comcast Corp. partnered with the University to bring on-campus residents Xfinity on Campus, a service that allows students to watch and record live television and thousands of Xfinity On Demand shows on their laptops, mobile devices or personal televisions with a Roku box.

According to Rachel Yoke, communications coordinator in the department of auxiliary services at Pitt, Xfinity on Campus service has been added in addition to cable television, which was already available in every residence hall.

In addition to watching and recording live television, students are also able to download shows for off-line and off-campus viewing.

That feature — called the DVR feature — is limited to 20 hours of video per person at one time, according to Yoke. Students can use their Pitt login IDs to access the platform via Xfinity’s website.

Taylor Stein, a first-year accounting and finance major who uses Xfinity on Campus a couple of hours a week, said she has enjoyed the flexibility to record shows around her busy class schedule.

“It makes it really convenient to watch whenever I have time,” Stein said. “It lets you skip through all the commercials and stuff.”

Jenn Chai, a first-year student on a pre-pharmacy track, said she has also used the free Xfinity on Campus feature, although it isn’t without its faults.

But Stein, who lives in Nordenberg Hall, said she’s never had any issues with streaming from the residence hall.

Students looking to catch the latest episode of “Game of Thrones” and other shows airing on premium channels have the opportunity to upgrade with Xfinity on Campus.

“HBO, STARZ, Showtime — they’re not offered as part of the package but students have the option that if they would like to be able to stream those they can add them on themselves,” Yoke said.

First-year Ethan Tessler said with the availability of other streaming platforms such as Netflix and the cable TV provided in the dorm, Xfinity is something that he could probably part with.

“It’s nice to have when you’re trying to watch live TV, but it’s not really necessary,” Tessler said.

But Stein is already hooked. Xfinity on Campus is what will allow her to keep up with her favorite live shows, like “America’s Got Talent.”

“Everybody that I’ve talked to has liked it and it’s super user-friendly,” she said. “It’s definitely something that Pitt should keep investing in.”