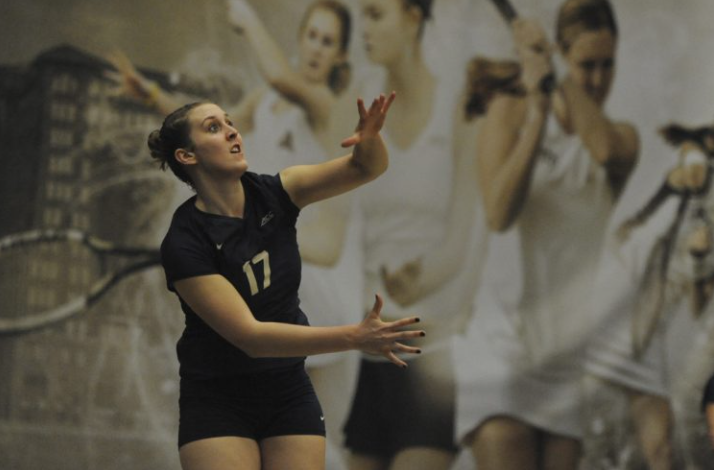 Fall sports are just starting to get exciting, and there has already been a fair share of pitfalls and triumphs across the board. But regardless of the games outcomes, here are some Panthers who have stepped into their roles and proven their worth on the court, field and pitch.

Markovic is already emerging as a star this season for women’s volleyball. Setting career highs with 26 kills and 28 points in a single match against Western Kentucky on Saturday, she is proving her offensive skills. On a team full of talented outside hitters, Markovic has been setting the pace, leading the team with 112 kills on the season and an average of 4.24 points scored per set.

She has also picked up her game defensively, averaging 3.0 digs per set and recording a career high 27 digs against Saint Mary’s this season.

Markovic and the Panthers will be taking on UC Santa Barbara this Friday at 7 p.m. to open their season at home.

With more than 250 all-purpose yards this season so far, Ollison has proven he’ll be a major part of the football team’s offense this year. Ollison has taken a few serious hits in the last two games, and the team suffered as he recovered on the bench for a few plays.

During his freshman season in 2015, he racked up 1,121 yards while James Conner missed most of the season to battle cancer and overcome an injury. The Panthers didn’t call on Ollison often last season — but with a less experienced stable of running backs this year, he will need to be reliable and have a team that is willing to give him the ball.

Ollison and the rest of the squad will return to Heinz Field Saturday at noon to face off against No. 9 Oklahoma State.

Perez — one of the team captains alongside senior defender Bryce Cregan — has tallied up one goal so far this season, tying him up with three others on the team who have done the same.

Coach Jay Vidovich has made sure Perez, who played for the prestigious La Liga in Spain until last year, is getting enough time on the pitch to make moves — which is every minute of every game so far.

Perez and the rest of the team will meet on the pitch again this Saturday at 7:30 p.m. to play their second ACC game when they travel to Wake Forest University to take on the Demon Deacons.