‘Six a breast’: an exploration into the absurdities of womanhood 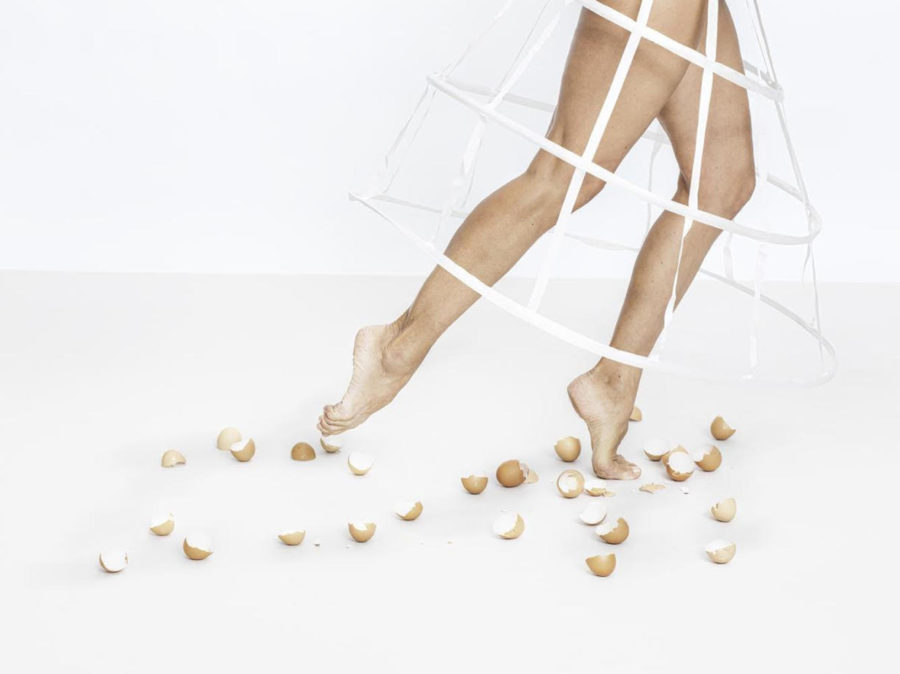 By Connor Wurst / For The Pitt News

A woman — illuminated by a single spotlight and clad in a bathrobe, a towel wrapped around her head and a pale green face mask — stands alone on stage and releases an enraged scream.

The opening scene of CorningWorks’ fall 2017 production “six a breast” launched a theater full of Pittsburgh locals into a dynamic play that explores the shared experiences of women on Friday, Sept. 8. PITT ARTS offered free tickets to the show to any students on the group’s email list as part of its regular Free Art Encounters program.

PITT ARTS provides an opportunity for college students to take advantage of many local offerings which prove to be both entertaining and insightful. While students attend class and work to mold themselves into young professionals, it is equally crucial that they expose themselves to theater, music, galleries and other displays of fine art.

One figure in particular has been revitalizing the local dance scene through her dynamic and challenging performance pieces. Beth Corning, an award-winning dancer and choreographer, created “six a breast” out of the absurdities of life as a woman and how the recent growth of conservatism challenges the social progress made during her lifetime.

Her previous performance, “What’s Missing,” was a more serious response to the increasing pressure to return to more conservative values, but “six a breast” was born out of her need to laugh at the challenges — to find some sanity in the absurdity of the insanity.

Dance was a flawless medium to carry this timely message — the carefully placed steps of the dancers mimicked the poised balancing act demanded of women.

Sally Rousse, co-founder of the critically acclaimed James Sewell Ballet, joined Corning and dancer Laurie Van Wieren to emulate the pressures she has felt throughout her life to be a mother, daughter, lover, caretaker and entrepreneur — sometimes all at once, while maintaining her composure.

To demonstrate her juggling of roles, moments of the piece were hectic — the dancers spinning and leaping frantically, matching the chaotic and even contradictory roles women are placed in. Others played out controlled and tight, demonstrating the rigid confines our culture places around each gender.

Matching the dancer’s ideologically weighted motions, symbolism was frequent and heavy. The imagery ranged from a dress burdened with dolls and symbols of motherhood to one of the dancers setting down eggshells from a basket before walking through them across the stage.

Corning explained that much of the physicality of the performance was inspired by “Laugh-In,” an early sketch comedy show and precursor to “Saturday Night Live.” This inspiration drove the quick physical sketch style performances that guided the audience to connect less with the character and more with the situational oddity.

“six a breast” is the most recent piece to come out of The Glue Factory Project, Corning’s brainchild and pet project. The project began in Minneapolis in 2000 and shows original productions performed by entertainers over the age of 40. This age is frequently considered the time of retirement, particularly in the physically demanding world of dance. But The Glue Factory Project proves women still have so much to offer as they age into their golden years.

Over their decades of shared experience, the three performers have all earned their fair share of laurels, which were well-justified throughout the show.

The performances in “six a breast,” as well as The Glue Factory Project as a whole, make a strong argument for the capabilities of these seasoned veterans. This was not an excellent performance “for their age” — but this innovative piece utilized the strengths and limitations of the performers to present a message that would not have been the same with younger talent.

The years and experience of the three performers added an incredible depth and authenticity to the piece that could be felt through each tiny movement.

The intricacies of every scene made this an evening that presented as equal parts challenging and insightful, engaging the viewer to take a very active role in their consumption of the performance and to consider their own place within it.

“six a breast” stands as a clear example of the sort of enjoyable and culturally relevant opportunities that PITT ARTS offers to students. Many crucial messages could be found in the subtext of the performance, which were particularly relevant to the young women in the audience.

During the after-show talkback, the performers offered advice of a more direct nature to the young women attending, reminding them to be complex individuals and to remember the history of feminist progress.