College is hard, but it’s just the start 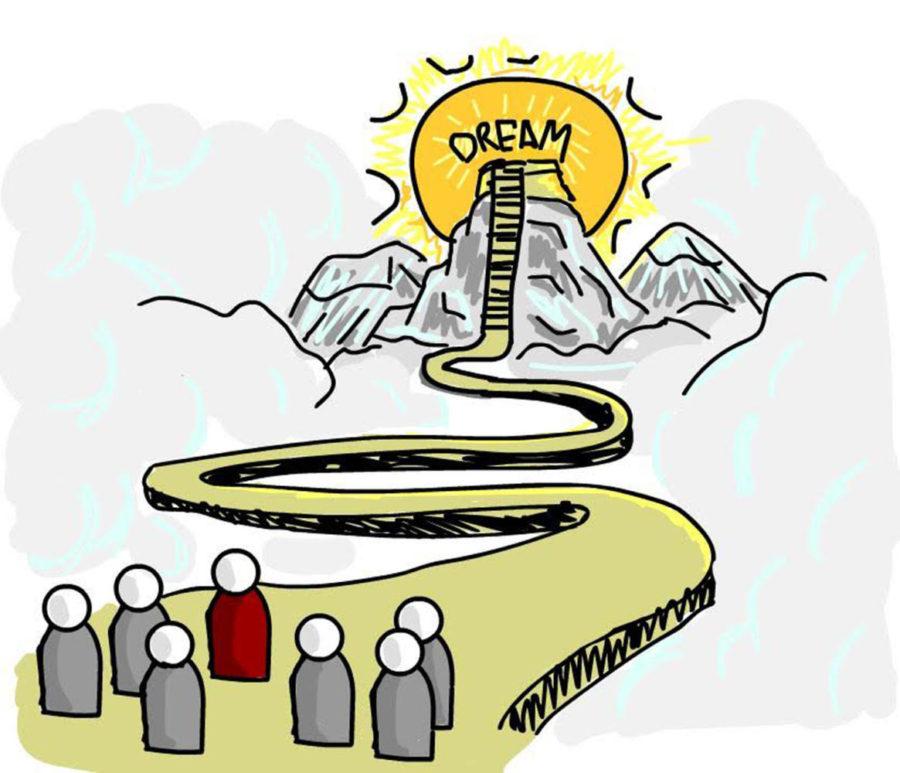 There’s no doubt that people go to college so they can get a good job.

I’m an average sophomore. I take prerequisite classes and participate in extracurriculars. But between the dance team, the student newspaper, clubs, volunteer work, patient care, shadowing and an 18-credit semester, I have a lot to balance.

At this point in my life, landing my dream job as a physician’s assistant after college is my main goal. But it seems silly to me that millions of people go through years of all-nighters, coffee drips and super high tuition just to get to that goal. And yet I’m one of them.

I thought getting into college would be the hardest thing I’d ever have to do. Boy, was I wrong. I also thought that if I just worked hard and attended college, I would be able to make money doing something I love.

I never thought about all of the things I had to do between going to college and actually getting the job — and the in-between things are crucial.

In high school, I used to think of myself as an intellectual. But after my first year of college, “intellectual” is no longer in the list of words I would use to describe myself. I just don’t think I deserve the title.

When I’m sitting in a lecture hall, I’m surrounded by students who were either valedictorians, the top 10 percent of their class or students who would cry over receiving a B+ on an exam.

I couldn’t breeze through my notes anymore and still get an A on an exam. I couldn’t afford to miss school for a slight cough or sore throat. I just wasn’t a “natural” anymore. What had happened? Did my knowlege fly away to someone else?

No, silly me. College had happened.

I then realized I had to change — I needed to actually listen and participate in lectures, study in between class meetings and visit my professors at their office hours if I wanted to not only boost my GPA, but to actually learn the material I would later need for my career.

And I believe that the actual start of your career begins with choosing a major, which is a pretty difficult decision. It’s the step that sets the first stone in your career path. But once you choose a field of study, you don’t necessarily get to study it.

I hadn’t realized until I already had dreams for the future that I would actually have to apply to simply study what I’m interested in. And with every application, there is the chance of rejection. Great news.

Let’s pretend that you get accepted to study your choice of major, and you are studying what you love. The next step is to build your resumé — fast, because everyone else is building theirs too. You know what I’m talking about — that one piece of paper that somehow tells the person reading it why it’s you who is the most special. Well, what if I can’t fit everything I want to share on one sheet? Or worse, what if I have nothing to put on the sheet?

The ultimate journey to land your dream job is an ultimate competition between you and everyone else who wants the same job as you do. When I came to college, I clearly didn’t realize that so many people have the same goals I do, and I felt a little less special for a bit. Actually, you could even say I was offended. I want that job more than you do. Do I have to show someone how much I want it? Because I absolutely will.

And I figured out that the whole college thing is you “showing” how much you want a job in your field.

Getting good grades isn’t supposed to be you breezing through notes and skipping class regularly. It’s about putting the work in because you are dedicated to your dream job. It’s about going that extra mile because you want the job that badly. It’s about showing those people who are reading your application how much you actually want it. The resumé doesn’t tell, I realized — it shows.

Fortunately there are internships that could turn into jobs and resources like the Office of Career Development and Placement Assistance.

And yes, there are people who graduate from Pitt who don’t land jobs — but that doesn’t mean you have to be one of those people. Being an enrolled student is already half the battle. Utilize your resources, aim for success and you, young Panther, will achieve it.