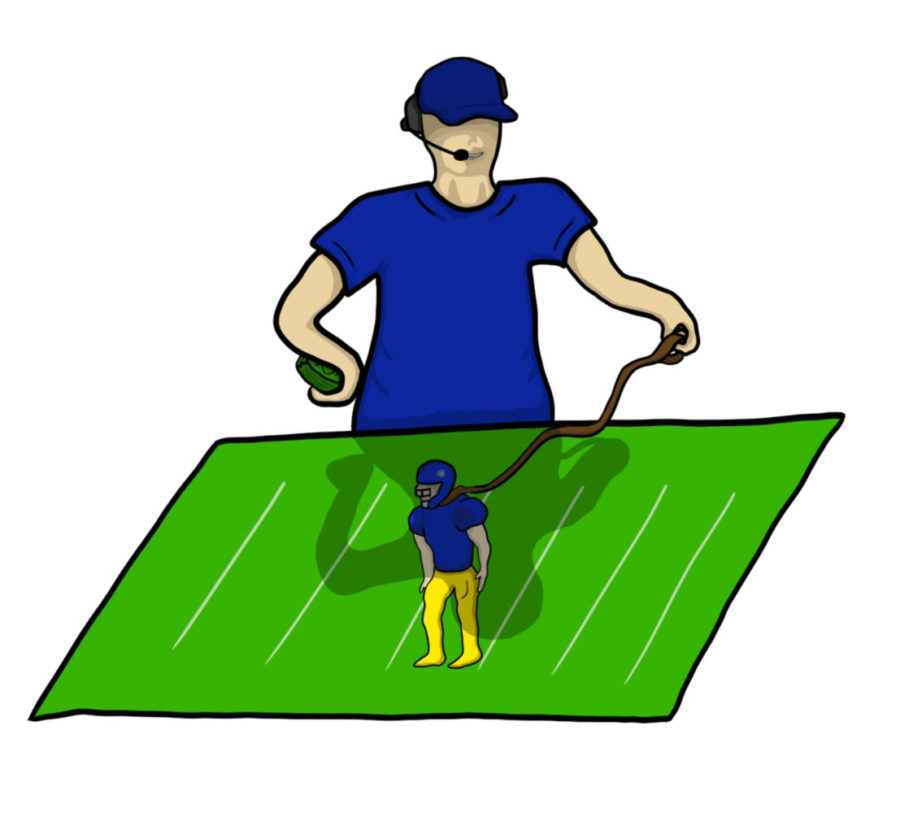 Nick Saban, head coach of Alabama football and four-time national championship winner, is poised to be paid an astounding $11 million this year and has an eight-year deal that will pay him $65 million through 2025.

These lucrative contracts are highly desired by all college coaches, and you can’t blame any coach if they choose to move on to a better position at a better school. Who wouldn’t want the hefty paycheck and press attention a person like Saban — the highest paid coach in the league — receives?

But there is a major disconnect between switching schools for coaches versus student-athletes. Unless a coach signs a non-compete provision, which determines which schools a coach cannot go to if they leave, they can usually leave a school whenever they please. Students, on the other hand, face major obstacles.

If a coach decides to leave his position, he is not going to be blocked. He is an employee, and there isn’t much the NCAA can do to stop someone from quitting their job to go somewhere else.

Former Pitt football head coach Todd Graham is one of these coaches who left on a whim. Graham came to Pitt in 2011 after a successful tenure at Tulsa. Excited fans came to see the Panthers play the next season, hopeful for a winning record. All they got was an inconsistent football team, which failed to close out numerous games, and ended up a mediocre 6-6.

Before their bowl game, Graham decided to leave the program without telling anyone. Actually, he did tell people, but in the most unprofessional way possible — over text message.

Graham didn’t even send the message directly to his squad. He sent the text to Pitt’s director of football operations at the time, Blair Philbrick, who then forwarded it to his players.This came two weeks after he called three of his assistants “mercenaries” because they left to join the University of Arizona football staff.

Graham’s exit hit the squad hard. They had spent an entire season adjusting to the new coach and his philosophies, and then he left without warning. The team ended up losing that year’s bowl game to SMU, 28-6.

For student-athletes, the situation is much different. If they find a better opportunity to play at a better school or get more playing time at a smaller school, they can’t merely send a notice of resignation via text message.

Instead — if they do decide to transfer — the process is long and tumultuous, and includes a year on the bench. The NCAA describes this as “an academic year in residence,” meaning they want the student-athlete to get used to their new school academically before they start playing. But if an athlete joins a school, and it allows them to compete their first-year with no restrictions or adjustment time for academics, then why do they need an adjustment period when they transfer?

Former Pitt basketball forward Sheldon Jeter had to deal with this outrageous rule on his way to becoming a Panther. He started his career at Vanderbilt under then-coach Kevin Stallings. After his first year, he realized he wanted to be closer to home in Beaver Falls, making Pitt a good choice. Unfortunately for him, Stallings blocked his transfer to Pitt, effectively not allowing a college student to transfer to a school close to his family.

Jeter eventually played for Pitt after attending Polk College in Florida for a year. Stallings also left Vanderbilt after the 2015-16 season to become the next head coach of the Panthers, but he obviously didn’t need to wait out a year to join the team he wanted.

Pitt was involved in another transfer-blocking controversy recently with former Panther guard Cameron Johnson. When this past season ended, Johnson had earned his bachelor’s from the University in an impressive three years. He was also redshirted, meaning he has two years of eligibility left. As a graduate transfer, Johnson would be eligible to play immediately if he chose to transfer.

As a player who has aspirations to be drafted into the NBA, he decided to transfer to national champions and ACC opponent, the University of North Carolina. But Pitt blocked Johnson, saying it was against their “athletic department policy.” The main reason for this block was because UNC is in the same conference as Pitt.

Pitt ended up caving on this decision in June and allowed him to go to the Tar Heels and play immediately starting in the fall. But the simple fact that a university can block a graduate from attending a different school is evident of an unfair system.

The problem with this whole system is that players are treated differently than their superiors when it comes to switching schools. Students — athletes included — should be allowed to pursue whatever college prepares them best for their career, but the NCAA doesn’t allow that.

Mark Emmert, president of the NCAA, said student-athletes are not employees whatsoever and that “athletes are students to be treated like any other student.” But that doesn’t seem to be entirely true.

The NCAA also describes playing a sport as a hobby, vocation or a free-time activity. It doesn’t state that a student’s athletic program is more important than any other club or organization they may join or partake in while at school. There is no ban or other restriction on other students wanting to join a similar club on a different campus, so why should there be for a student athlete to join another college’s sports team?

The NCAA doesn’t want players to have freedom to transfer. Student-athletes are assets in the multibillion dollar industry college sports has become. Losing a star player to another school is a huge loss, not only for the team, but for the finances and image of the college.

There is obviously a difference between coaches and athletes. Coaches are employees and athletes are students. It can be a hard thing for athletes to deal with a coach unexpectedly leaving, just as it can be for a coach losing his star athlete or other athletes to another team.

Still, these student-athletes don’t deserve the treatment they’ve been given. They have the same rights as other students and the NCAA should recognize that. If the NCAA does not employ these athletes, they should not be able to meddle with a student-athlete’s transfer decision.