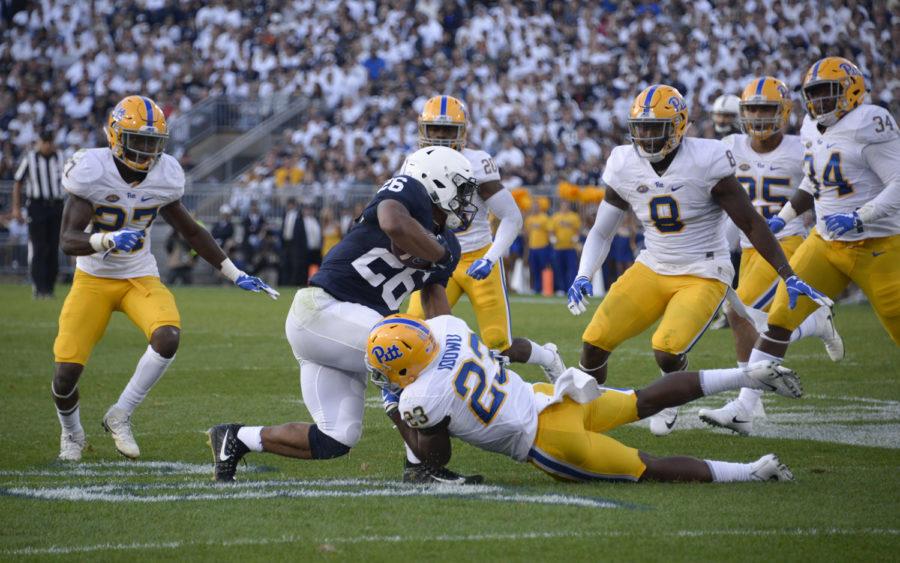 College football is entering week five of play, and fans are learning where ACC teams stand. Clemson has continued to steamroll competition and is secure in the top-ranked spot.

Pitt, however, began in the middle of the pack and has dropped all the way to last place. With multiple matchups with undefeated teams this weekend, rankings could change even further.

The defending champion Tigers found themselves tied with perennial ACC doormat Boston College entering the fourth quarter, but wound up with a convincing 34-7 win after putting up 27 unanswered points in the final 15 minutes. Clemson will go for its third top-15 win in five games this season in a tough matchup against the No. 12 Virginia Tech Hokies. -Steve Rotstein, senior staff writer

Next Up: Virginia Tech

The Hurricanes returned to the field following one cancelled and one postponed game due to Hurricane Irma. Miami had an early lead against Toledo, but fell to a 6-point deficit heading into halftime. The Hurricanes retaliated in the second half and posted 42 points to win the game 52-30. If Miami wants to give Duke its first loss, the team will need to shake out the rest of its nerves. -Mackenzie Rodrigues, sports editor

The Hokies handled their business well against an inferior Old Dominion team and won the game 38-0 over the weekend. As a result, the win wasn’t much of a needle mover. This Saturday’s home showdown against No. 2 Clemson will be a better indicator of where the Hokies stand. -Brandon Glass, staff writer

The Cardinals breezed through Kent State last Saturday with a 42-3 triumph. It wasn’t all sunshine and rainbows, though, as former Heisman trophy winner Lamar Jackson didn’t find the endzone until the second half. He finished the game with 299 passing yards, two touchdowns, two picks and a rushing touchdown. This Saturday’s matchup against Murray State should provide the Cardinals with a better test. -Glass

Next Up: Murray State

Despite turning over the football four times against the Panthers, the Yellow Jackets managed to amass over 400 rushing yards and found the endzone five times to defeat Pitt 35-17. Their next contest is against the unimpressive Tar Heels. -Rodrigues

Next Up: North Carolina

The Seminoles have neither won a game nor even forced a turnover on defense. First-year quarterback James Blackman got off to a rocky start in his first game as a starter, recording a 27-21 loss to North Carolina State. The Seminoles look to get their legs back under them and establish themselves as one of the ACC’s elite Saturday. -Glass

Next Up: Wake Forest

The Wolfpack continued its winning streak with a 27-21 defeat of Florida State. Senior tight end Jaylen Samuels led the Wolfpack in scoring, earning both NC State’s first and final touchdown. The upcoming matchup against Syracuse shouldn’t pose much of a threat to NC State. -Rodrigues

The Blue Devils continue to impress, improving to 4-0 on the season with a 27-17 win over rival North Carolina Tar Heels and looking like actual contenders in the ACC Coastal Division. Shockingly, one of the 167 media members polled before the season actually picked Duke to win the ACC championship outright. If the Blue Devils keep this up, that writer could turn out to be a genius. -Rotstein

Appalachian State put up a good fight, but the Demon Deacons’ successful extra point propelled them to a win. Wake Forest maintained its undefeated record with the 20-19 defeat of the Mountaineers. With Florida State next on the schedule, Wake Forest needs to maintain it winning ways. -Rodrigues

Next Up: Florida State

The Orange fought hard against a tough Louisiana State University team and almost pulled off the upset with five minutes remaining. The Tigers held them off, though, and Syracuse finished its nonconference portion of the season 2-2. Now is the time for the Orange to pull some wins together against tougher competition. -Dominic Campbell, staff writer

Next Up: NC State

The Tar Heels managed to lead early on, tie the game in the second quarter and regain the lead in the third, but couldn’t manage to hold on to their late advantage. The Blue Devils dominated the final quarter with two touchdowns and ruined UNC’s chance to deliver Duke’s first season loss. -Rodrigues

Next Up: Georgia Tech

The Eagles and Tigers were tied at seven with 3:30 remaining in the third quarter. Reality soon set in, and Clemson scored four unanswered touchdowns to close the game 34-7. BC gets a break from their ACC schedule with a more competitive nonconference game against Central Michigan this week. -Colin Martin, for The Pitt News

Next Up: Central Michigan

Pitt failed to accomplish offensive plays at Georgia Tech over the weekend. The Panthers struggled to move the ball and only managed one touchdown on offense, with their other touchdown coming from a punt return by Quadree Henderson. Pitt plays Rice this weekend, but it’s not a game to be overconfident about winning. -Kevin Bertha, staff writer