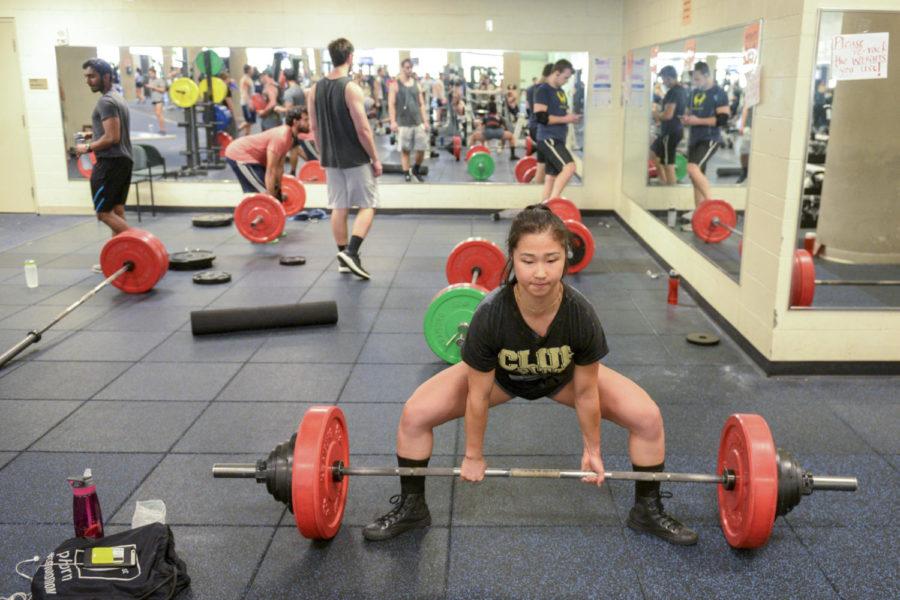 Every morning when Rui Tanimura wakes up, she makes sure she has enough fuel to survive her morning lectures — a bowl of oatmeal, a handful of fruit and a spoonful of peanut butter.

In addition to making herself a filling breakfast, she also prepares the rest of her meals for the day — rice, vegetables and a lean protein simmer in a slow cooker for easy consumption between workouts, studying and volunteer work.

Aside from food, Tanimura fits in something extra: dietary supplements. Some days she swirls a scoop of vanilla-flavored protein powder into her warm oats, other times she mixes it vigorously in a shake. A multivitamin is always on the breakfast menu, too.

“I recommend [a multivitamin] to everyone,” Tanimura said. “It’s insurance that you’re getting all of your nutrients and minerals.”

The senior nutrition and dietetics major and co-founder of the Pitt Powerlifting Club isn’t alone in her nutritional conquest.

According to a study published by the International Journal of Sport Nutrition and Exercise Metabolism, 72 percent of Division I college athletes report the use of dietary supplements for enhanced strength, performance and endurance.

Jeffrey Lucchino, a UPMC sports dietician who works closely with college athletes, recognizes their presence in the industry.

“Supplementation can definitely be prominent,” Lucchino said. “Depending on the sport.”

These products — ranging from acids and vitamins to oils and combination powders — appeal to a range of people. Some, who are interested in building muscle and brute strength, opt for creatine to bulk up, and whey protein to recover after a workout. Others, who may be interested more in body composition, will choose a sesamin or l-glutamine supplement to aid in fat loss.

“I used to take pre-workout, and I also used to take creatine, which helps with [adenosine triphosphate] production in your muscles,” Tanimura said. “Sometimes I take those if I’m getting ready for a meet.”

Overall, 66 percent of college-aged students report the use of supplements for workouts, just six percent less than varsity or club athletes on a regimented practice and workout schedule.

Nate Orris, a sophomore nutrition and dietetics major, isn’t an athlete at Pitt, but he does work out five to six days a week. He thinks a lot of his peers at the gym don’t need supplements as much as they might think.

“There are diet restrictions, but generally you can get enough nutrients through what you eat,” he said.

Often, though, athletes will consume more of these substances because of the nature of their lifestyle.

“Athletes lose a lot of vitamins throughout the day just from perspiration and their daily workload,” Lucchino said.

Supplement options abound, and can be tempting to any consumer interested in that extra push. As celebrities promote teas on Instagram and every fitness guru has their own line of designer protein, who wouldn’t be tempted?

“A lot of people see the labels on these products and don’t question it,” Orris said. “They think, ‘Oh, this does exactly what they say it does.’”

These substances seem harmless enough — a small boost of extra nutrients here and there — but they can also pose serious risks.

A study conducted by the Food and Drug Administration and the Centers for Disease Control and Prevention in 2015 found that dietary supplements lead to 20,000 emergency room visits per year, and roughly 10 percent of these visits required hospitalization. Due to the unregulated nature of these substances, many consumers aren’t aware of the dangers they can pose.

“The FDA has no oversight in supplements,” Lucchino said. “But they do intervene when an adverse reaction is reported.”

Certain supplements, like pre-workout powder, contain hearty amounts of caffeine. If not measured correctly, excess amounts can result in increased heart rate, dizziness and gastrointestinal problems. Even substances found in nature, such as vitamin K and St. John’s wort, can break down certain medications in the bloodstream and decrease their potency.

This is especially dangerous in young adults and those who don’t pay close attention to what they are consuming, Lucchino said.

“You’ll have the educated consumer who realizes that 200 mg of caffeine per scoop is a lot of caffeine, then you have teenagers who don’t know as much and will use two or three scoops,” Lucchino said. “Their bodies aren’t done developing, and it can result in either hospitalization or even death.”

There are ways consumers can protect themselves. Professionals, like Lucchino, recommend consumers do their research by reading labels carefully, and following the directions for measuring and mixing products. Consulting a dietician or nutritionist is also always an option.

Aside from adverse reactions, many athletes are also selective in what they consume because they are competing within the NCAA and other competitive sports organizations. Outside of street drugs and hard steroids, there are other specific chemicals — often present in certain supplements — these organizations strictly prohibit.

“It’s usually just anything that will push you past your natural limit,” Tanimura said.

According to the NCAA nutrition guide on supplements, most college athletes consume more than enough nutrients while eating a balanced diet, especially one that is rich in vegetables and lean protein.

Institutional athletic programs are highly aware of how important gaining nutrients through food is. Pitt athletics offers a range of programs on food education for their athletes, from cooking demonstrations to grocery store tours to one-on-one nutrition counseling.

Tanimura agrees with this sentiment. Though she has been a student athlete since high school, she didn’t start seeing food as fuel until she began her powerlifting career her sophomore year at Pitt.

“I realized my lifting wasn’t as strong if I didn’t eat well,” she said. “Powerlifting was actually the catalyst for me to get into nutrition and to fall in love with it.”

Her advice to anyone considering using supplements is to focus on food first, and let the rest of the pills, powders and tablets fall into place.

“I kind of figured out my own body and what kind of supplements work for me,” she said.