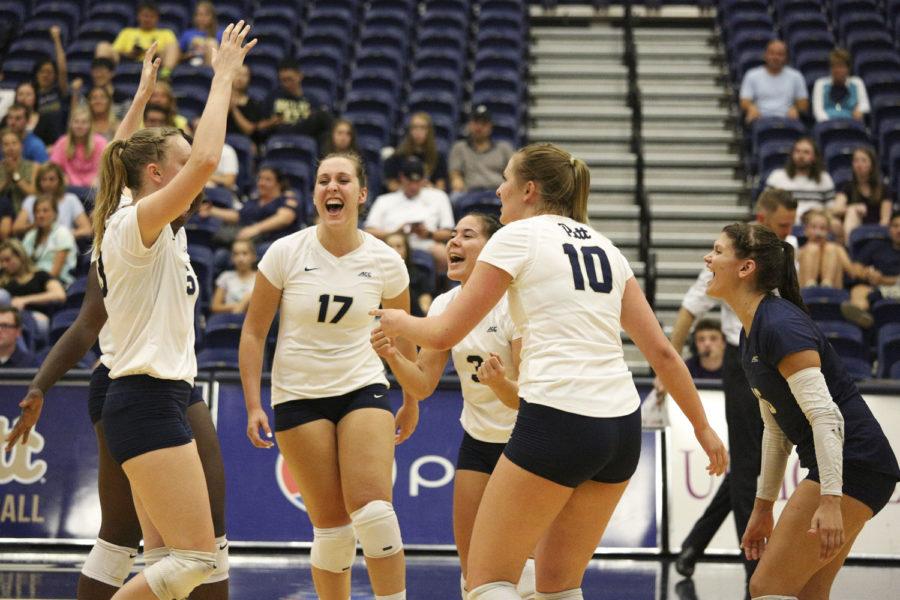 For Pitt’s varsity athletics, the weekend ended with results ranging from historic to dismal.

The men’s soccer team set the tone going into the weekend on Friday night, recording the team’s first ACC win since joining the conference in 2013. While cross country had standout performances and women’s volleyball won both of its matches 3-0, the women’s soccer team missed the mark.

The men’s cross country team kicked off the weekend’s action Friday as they traveled to Notre Dame, Indiana, for the Notre Dame/Joe Piane Invitational.

Sophomore Nick Wolk broke the top five in the Men’s 5 Mile Open with his fourth place performance of 25:18. In the same event, sophomore Drew Glick finished 34th with a time of 27:59.

The Panthers next meet is the Pre-National Invitational in Louisville, Kentucky, Oct. 14.

In the Women’s 5k Blue, Pitt junior Gillian Schriever and senior Kelly Hayes were the only Panthers to crack the top 50. Schriever and Hayes came in 48th and 49th, respectively. Although they both finished with a time of 17:17, Schriever was just a step ahead. As a team, the Panthers finished 15th out of 20 teams.

In the Women’s 5k Open, the individual counterpart to the team race, three Panthers finished in the top 20. Pitt senior Emily Loeffelholz finished in 12th with a time of 18:39, while first-year student Mikaela Vlasic and senior Rebecca Peters finished two spots apart at 16th and 18th, with times of 18:58 and 18:59, respectively.

Some of the Panthers then traveled to Gibsonia to compete in the Chatham Eden Hall Invitational 6k on Saturday, Sept. 30.

With all of these performances combined, Pitt placed first out of five teams at the invitational.

The Panthers will stay in the area to take part in the CMU Invitational Saturday, Oct. 7, in Schenley Park. 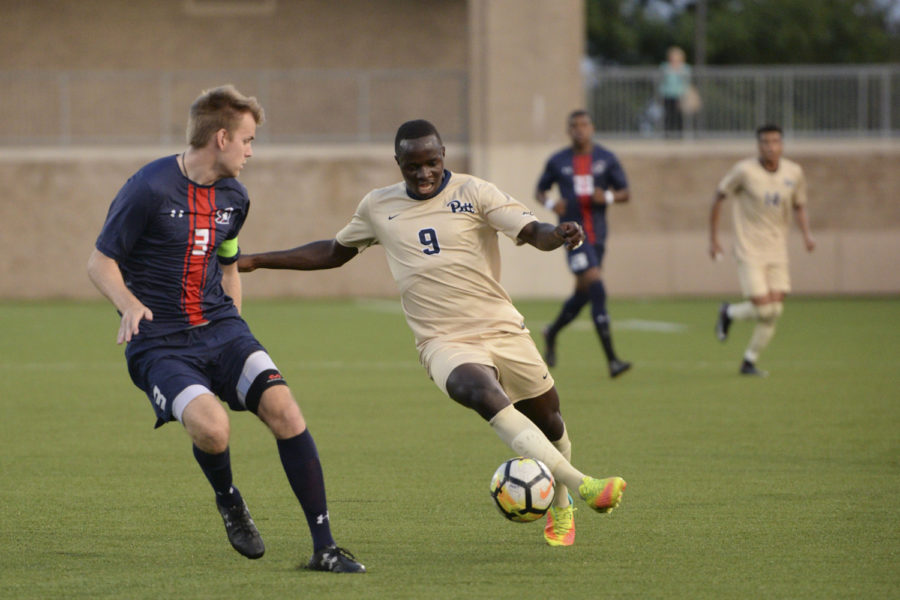 The men’s soccer team built on Tuesday’s history-making domination of West Virginia by obtaining a paramount success Friday night. The Panthers (5-5, 1-3 ACC) recorded their first ACC win with the 2-1 defeat of No. 21 Syracuse (5-4-2, 0-3-1 ACC) at Ambrose Urbanic Field.

Pitt first-year forwards Edward Kizza and Colin Brezniak led the way with scoring. Kizza scored the first goal of the match on a strike to the right corner in the 30th minute. With this goal, he recorded his fourth of the year. Brezniak’s third goal of the year came late in the 79th minute off an assist from sophomore forward Josh Coan.

Syracuse scored its lone goal of the night with three minutes left of play, but by that point, the match was out of reach.

The Panthers take a break from ACC play and travel to New York City Oct. 3, to take on the Columbia Lions.

The Pitt women’s volleyball team (11-4, 3-0 ACC) welcomed Virginia (4-11, 0-4 ACC) to the Fitzgerald Field House on Friday for its first of two ACC matches of the weekend. The Panthers rolled through the Cavaliers, winning 3-0.

Pitt’s offense had a solid first-game performance. The Panthers used an impressive 52 kills and 16 Cavalier errors to control the match. Pitt sophomore Nika Markovic and redshirt sophomore Stephanie Williams led the way for the Panthers with 17 and 15 kills, respectively.

Pitt continued their success on Sunday, cruising to a 3-0 defeat of Virginia Tech (7-8, 1-3 ACC). The Panthers offense was solid again with 40 kills, capitalizing on a whopping 25 Hokie errors. Williams and Markovic continued their strong play with 11 and 10 kills, respectively.

The Panthers will travel to Tallahassee, Florida, to take on ACC foe Florida State Friday, Oct. 6.

Virginia dominated with a fast start, scoring four goals within 26 minutes. Both teams favored physical play in the later part of the half, resulting in two yellow cards for the Panthers and one for the Cavaliers.

Virginia continued to control the game in the second. The Cavaliers’ third goal came off a penalty kick resulting from the Panthers’ third yellow card of the match.

The Panthers’ offense was bleak, firing off just six shots while not registering a single corner kick to the Cavaliers’ 19 shots and 8 corner kicks.

The Panthers’ next game is Thursday, Oct. 5, at Ambrose Urbanic Field against in-conference adversary Syracuse.