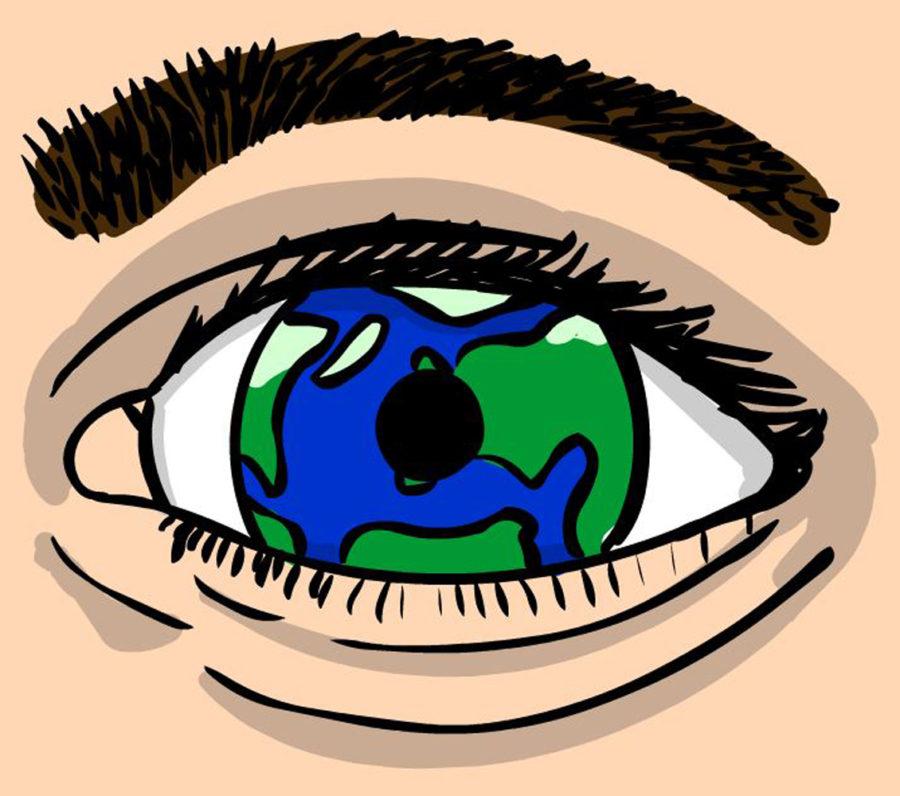 By Bailey Frisco | For The Pitt News

Maria Beniaminova said many Americans have an interest in big butts that people in her home country of Russia would find peculiar.

“There is a small population [in Russia] that is into curvier women, but I think that has to do with the fact that Russia used to be the USSR, so there are people from different cultures that live there,” Beniaminova said.

Beniaminova, a senior communications major, moved to the United States with her parents at the age of 6, leaving Moscow — and the very strict standards of beauty prevalent in the city — behind. Traditionally, Russian beauty standards favor women who are tall — about 5 feet 8 inches — with long blonde hair and a thin figure. Women are expected to have dresses and skirts in their wardrobes. Men should also be tall, with a triangle-shaped figure — broad, muscular shoulders and arms and a lean waist — and have dark hair.

“Being from Moscow specifically, just what you wear also depends on who you are. That’s not really what it is like here,” she said.

Pitt’s population includes several thousand international students and foreign-born citizens pursuing degrees and participating in the community. They each bring with them to Oakland different ideas of what makes good food, good music and good entertainment — and of what makes a person good-looking.

Beniaminova said she does not match the traditional standard of how a Russian woman should look, and she doesn’t really want to. She has darker features — some people even tell her she looks Italian — and considers herself more of a tomboy.

She also said as people in Russia —  specifically women — age, their involvement in upholding beauty standards seems to change.

“Most older women in Russia are overweight and don’t care about their look anymore,” Beniaminova said. “It’s almost like they attributed their whole lives to looking good, that when they start aging it doesn’t really matter anymore.”

Yeree Lee — a junior Korean and political science major — said the pressure to adhere to beauty standards in her home country of South Korea continues as people age, although the standards shift. Specifically, younger people desire the style and looks of pop stars and actors.

According to Lee, K-pop — which she describes as a style of music, fashion and overall looks — is idolized in South Korea. She said people try to emulate this look up until the age of 30. The men appear more on the feminine side, she said, and the women tend to be very thin.

“Every girl in South Korea is on a diet,” she said.

It is common for people in Korea to wear colored contact lenses and get plastic surgery to try to recreate European features on their own faces, according to Lee. These procedures include blepharoplasty, which creates the crease in an eyelid, and another procedure where doctors inject a filler into the nose to create a more distinct bridge.

“I think it’s a shame of Korea,” she said. “We have different genes, so our faces were not meant to look like that.”

Lee said in America people find a greater variety of looks to be attractive than people do in South Korea, where people are all trying to emulate a specific set of beauty standards.

“Korea is very trendy,” Lee said. “But I don’t have much interest in those things, so I’m not a trendy person.”

Lee is not interested in makeup and clothes, so she does not concern herself with the beauty standards in South Korea. Lee’s own taste does not fit the norm of her home.

“I like when guys look more masculine, and that isn’t how they look in Korea,” Lee said.

Emmanuel Epitropoulos — a senior film studies and communications major — said his grandparents’ native country of Greece is similar to America when it comes to beauty perceptions. An attractive girl can be pretty much anything — whether that is slim or curvy, having light or tan skin — but there are some that stand out.

Epitropoulos is a second-generation American, but both sets of his grandparents were born and raised in Karpathos — an island off the coast of Greece — before immigrating to America where his parents were born. He lived in Athens for three years and spends two months out of every summer break in Karpathos.

Epitropoulos said Greek beauty perceptions are somewhat similar to those of America because Greece is Americanized.

“We listen to the same music, same TV shows … they’re into the same media as us,” he said.

Even though Greece and the United States both have diverse views on what constitutes beauty, Epitropoulos said Greeks still view the beauty of their people as unlike any other.

“A beautiful Greek girl is different than any other kind of girl,”  Epitropoulos said. “Like bushy eyebrows can be attractive because it’s a Greek girl.”