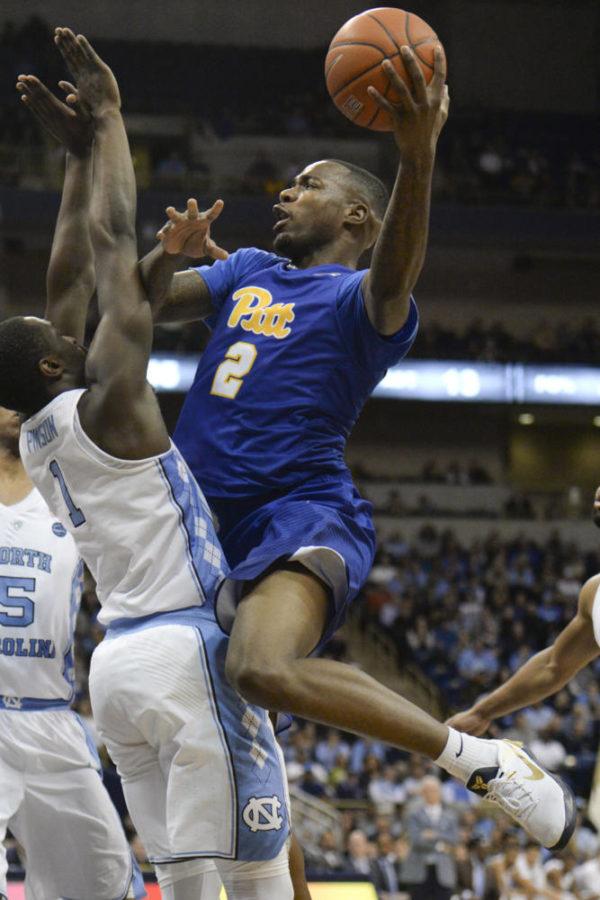 With the NBA regular season tip-off only a few weeks away, a couple former Panther basketball players have found their way onto NBA rosters.

After fellow Panther James Robinson struggled to get any playing time, only Michael Young and Jamel Artis remain with the chance to secure a spot on an NBA roster following summer league. But Pitt alumnus Steven Adams remains a household name in the NBA.

Adams is the only Panther with NBA stats at the moment. As a veteran, he didn’t compete in summer league, but will head into this season as the starting center for a reloaded Oklahoma City Thunder roster — with the addition of Paul George and Carmelo Anthony in the off-season.

Adams departed from the Panthers after playing for one year in 2012-2013. He was the 12th pick of the NBA draft for the Thunder. Adams has served as a strong rebounder and defender  since his first year and has slowly improved his offensive game.

Adams averaged career-highs with 11.3 points and 7.7 rebounds per game in the last season. Despite the star power added to Oklahoma City, Adams will still serve vital roles as a defensive anchor in the paint and as a strong rebounder.

Artis excelled in the 2016-17 season for the Panthers, averaging 18.2 points per game on 47.5 percent shooting with 39.2 percent from the three-point range. Artis proved his scoring abilities when he put up 43 points — the second most in Pitt history —  in the team’s loss to No. 14 Louisville Jan. 11.

However, his pro prospects were up in the air because there were concerns that his college game may not translate to the NBA. Even though Artis is listed at 6 feet 7 inches, there was uncertainty surrounding his speed, shooting and ability to compete against players his size.

As an undrafted free agent, Artis originally agreed to join the Miami Heat’s summer league team, but signed a partially guaranteed deal with the New York Knicks the next day.

Artis showed signs during summer league that his shooting could translate to the NBA, averaging 8.8 points per game on 48.6 percent shooting with 42 percent from the three-point line. Currently, Artis is competing in the preseason to secure a spot on the Knicks’ 12-man NBA roster.

Young led the Panthers in scoring last season with 19.6 points per game to earn a spot on the third-team all ACC roster. Even though he had great success in the college game, scouts thought his game might not translate the NBA.

He stands at 6 feet 9 inches and plays a mid-range style of basketball, making him too short to play on the inside in the NBA. Young also lacks the shooting range of players similar to his size in the league.

After going undrafted, the Washington Wizards added Young to their summer league team. Averaging 9.4 points and 3.8 rebounds per game, Young showed flashes of success despite his low field goal percentage of 33 percent during the summer league.

The Wizards took a chance and signed Young to a 2-year contract in the beginning of July, allowing him to flow between the NBA roster and their affiliate G-League roster. He is currently with the team for preseason play.

Robinson, a 2015 Pitt graduate, entered summer league with a chance to get signed to an NBA roster after a strong year in Europe. Even though he wasn’t drafted after college, he travelled to Bosnia to play professionally for BC Igokea. Robinson immediately made an impact, leading the team in scoring at 12.8 points per game en route to the team’s first place finish for the season.

Because of his strong performance in Bosnia, the San Antonio Spurs added him to their summer league roster. Robinson, however, didn’t log any minutes of action in summer league.

Robinson did not end up signing with the Spurs, but signed a contract June 30 with Medi Bayreuth to play in the Basketball Bundesliga in Germany next season.