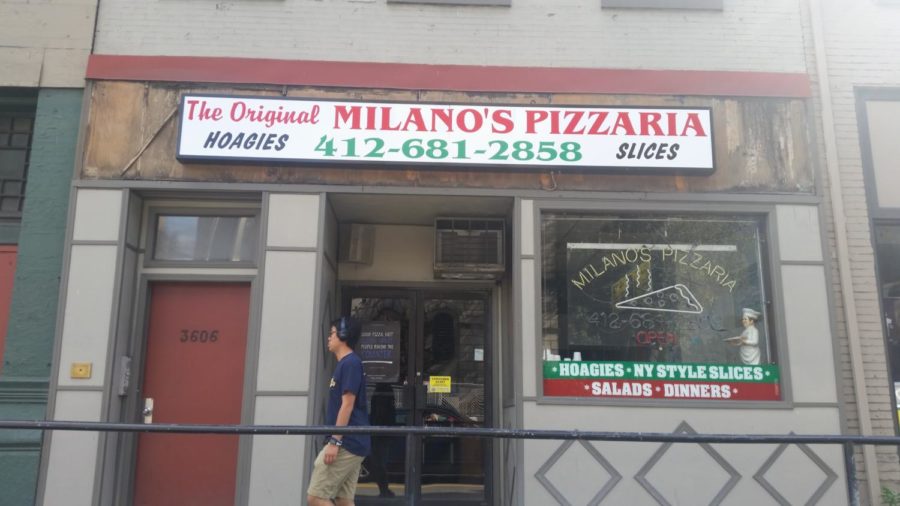 Malfunctioning refrigeration, evidence of mice and a lack of soap at the handwashing sink were among the violations the health department found at the restaurant located on the 3600 block of Fifth Avenue.

Other reasons included unsafe cooling procedures, bare-hand contact with foods that are ready-to-eat and unsafe cold and hot holding temperatures of food. The restaurant received 18 violations in total, with five violations categorized as “high-risk.”

Original Milano’s Pizza did not answer the phone during its normal business hours Saturday, and an employee at the door said the shop will be closed all day.

The health department has labeled the restaurant as Priority Code H, meaning reinspections of the facility were scheduled within a five- to seven-month period due to violations in two or more high risk categories during an initial inspection.

The department conducted an initial inspection of Milano’s last March, according to reports on its website. That and the first of two follow-up inspections held that same month show repeated violations in areas including pest management and cleaning and sanitization. The final reinspection — held March 30 — reported only five low-risk violations. The next inspection of Milano’s was Friday, which resulted in the consumer alert.


Milano’s is not the only restaurant in the Oakland area to receive a consumer alert this past year.

Peter’s Pub — a bar on the 100 block of Oakland Avenue — was also cited around that time for several reasons including unsafe cooling practices and the use of unapproved pesticides. And Las Palmas — a Mexican grocery and taco stand on the 300 block of Atwood Street — was issued an alert in January for several violations including poor personal hygiene and improper reheating of cooked and cooled items.

The health department since resolved these four alerts.