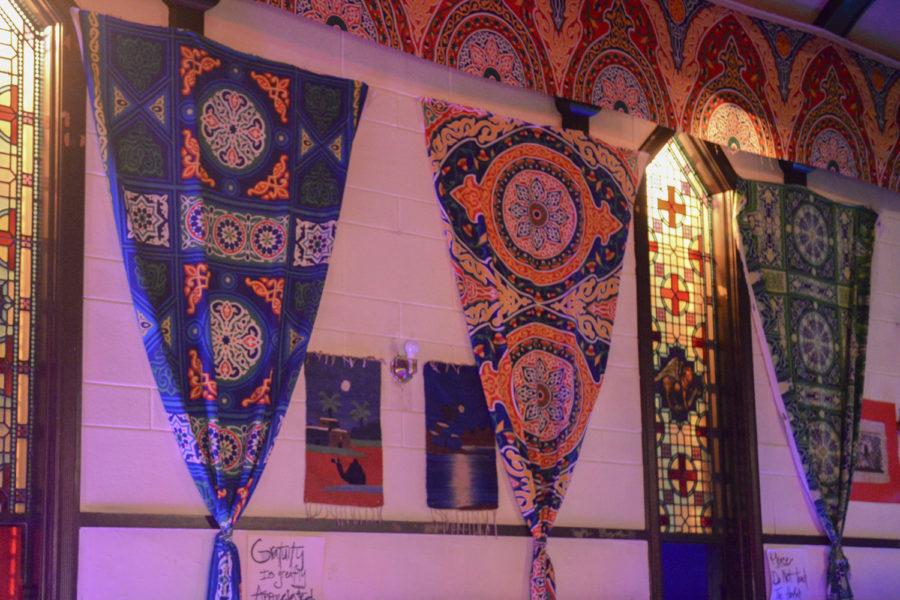 In most cities, a building with multi-colored, kaleidoscope glass and a rusting bell tower is unquestionably a church, but in Pittsburgh, it could be something much different — it could be a music venue, brewery, hookah bar or even a night club.

Repurposed churches are all over Pittsburgh — from the Braddock Community Cafe in Braddock to the Church Recording Studio in Mount Oliver — which makes sense considering Pittsburgh’s industrial decline over the last 30 to 40 years.

Dan Holland, a Pitt graduate student whose dissertation focuses on the transformation of post-industrial cities, said the large quantity of churches in Pittsburgh is a result of the wave of Catholic and Protestant immigrants that came to the United States over the last few centuries.

“It’s a problem for almost every old industrial city that once had a large population of Catholics and Protestants and immigrants and no longer does,” Holland said. “And all the areas surrounding Pittsburgh were all dealing with the same issues. It’s a problem, but there are solutions. We need to be very creative about them, you know, what we do with them.”

Holland named Chicago, Philadelphia, Buffalo and Youngstown as other cities like Pittsburgh that are experiencing the same shift in the dynamics of religious properties to repurposed spaces. According to Holland, most of the churches were built in neighborhoods right outside of Pittsburgh, and added that there’s even a street in Homewood called Church Street.

“I think on every block [in Homewood] there’s at least one church, if not two,” Holland said. “But as people moved out of the City — moved away and turned away from religion and became more secular — they basically abandoned many of these churches.”

Church Brew Works — a brewery in Lawrenceville — was transformed from St. John the Baptist Church, which had closed and lay dormant for three years until owner Sean Casey bought it in February 1996.

“[The church] reminded me of the old, legendary European beer halls — spacious buildings, beautiful architecture,” Casey said. “Beer halls sort of become a fabric of the community and can become social gathering places.” 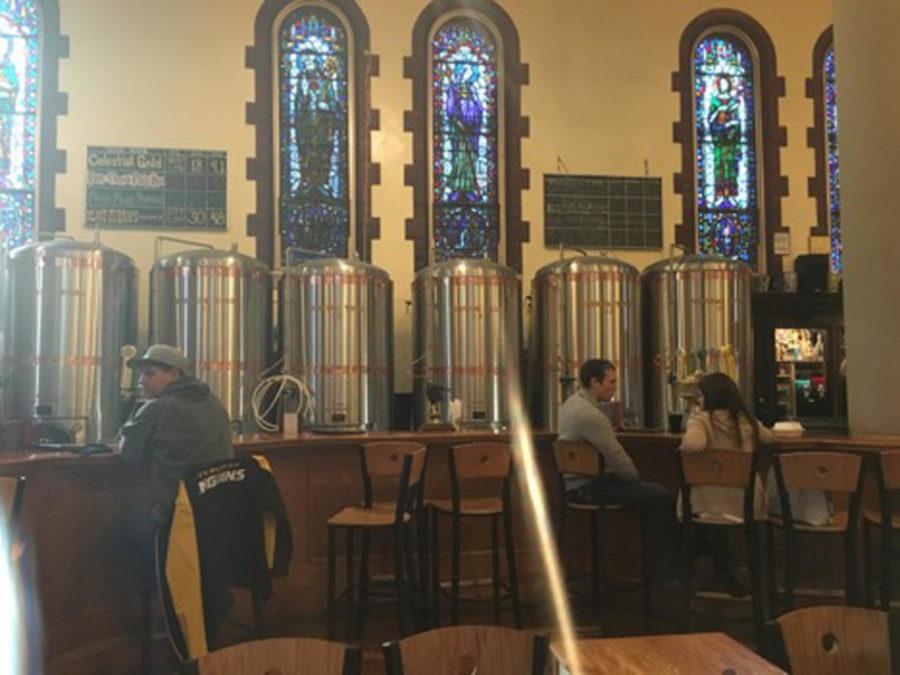 Renovation of the brewery took six months, and according to Casey, they’re still renovating because of the old age of the building. Because Casey owns another church in Lawrenceville — which he is transforming into condominiums — and because Church Brew Works is one of a small number of church-turned-breweries in the United States, Casey said he is always asked for advice by other people repurposing churches.

“My first word of advice — save the roof. Don’t let it leak,” Casey said.

Although many entrepreneurs around Pittsburgh are taking Casey’s lead and purchasing churches for the site of their businesses, the Altar Bar — a church-turned-music venue — is taking a weird, almost full-circle change.

What used to be St. Elizabeth Catholic Church in the Strip District — a church built in 1908 to serve the Slovak community — was reborn as the Altar Bar in 2006. The Altar Bar announced plans of their closing last summer, and in its place is now a nondenominational church known as Orchard Hill. Senior Pastor of Orchard Hill Kurt Bjorkland said he was simply looking for any piece of property that was affordable and suitable for sermons.

Bjorkland also wanted the church to be convenient for the members of the church to get to, which was ideally either in the Pittsburgh triangle or in the Strip District. The decision was an easy one to make, both because of the location of the Altar Bar — which was already set to close — and because buying closing churches is less expensive than building new ones.

“We didn’t set out to restore a property that was a church and now isn’t a church — the possibility came up and we thought it’d be a fun project to work on,” Bjorkland said.

Orchard Hill, which has been around since the late 1980s and has three locations, has a congregation of over 2,500 members, according to their website. Bjorkland said the church is still renovating the building and that they’re hoping to open sometime in 2018.

Bjorkland didn’t seem to mind that the Diocese of Pittsburgh performed a desanctification ceremony on the building in 2001 before the it went from a church to a club. Most churches are desanctified — stripped of sacred items — by the Diocese when being converted to anything other than a church.

Bjorkland said the church had been hopping around from space to space — from the August Wilson Center to Our Clubhouse, a nonprofit organization in the Strip District that helps to support individuals plagued by cancer, and now to what used to be the Altar Bar. According to him, they didn’t care where they held services as long as they could gather and connect with God.

Bjorkland said a building is just a building — the same exact phrasing Casey used after he said the Bishop of Pittsburgh put St. John’s under an act of suppression Aug. 6, 1993, so that he could turn it into a brewery.

The church to brewery transformation seems to be a concept that a lot of the community can get on board with — Church Brew Works has even become a sort of tourist attraction.

“We’ve been in business for 21 years now, and I think a lot of Pittsburghers like to bring anyone from out of town here to show it off […] as something that’s unique and special to Pittsburgh,” Casey said.

Churches renovated into breweries are uncommon, but the number of them in the United States is rising exponentially. There are also a few cases where closed churches became other kinds of hip spots — just look at the Sphinx Cafe on Atwood Street or Mr. Smalls Theatre in Millvale.

But a lot of the closed churches weren’t so lucky — Holland said not only have a decent amount of churches been closed down in recent years, but that in many cases, a lot were also torn down.

“The biggest loss — there was a Ukrainian Catholic Church on Route 28 in Troy Hill, and it disappeared,” Holland said. “There was a long effort by the North Side to save it, but it didn’t get saved — it’s gone. But you know, we have to learn from these experiences, and learn for the next major church.”

Holland started the Young Preservationists Association of Pittsburgh — an organization of young people dedicated to historic preservation, which held a religious properties conference earlier this year. He also mentioned there are plenty of other organizations around the country whose soul purpose is to save religious buildings.

“What we’re left with is this enormous legacy, really, and inventory of religious properties which are in need of attention and preservation,” Holland said.

And by preservation, Holland doesn’t just mean to keep the buildings running as churches — he said he’d rather see churches being repurposed than see them get destroyed. Casey also said that the least we can do is save the historic buildings themselves.

“In my life I’ve seen churches bulldozed, and once they’re gone, they’re not coming back,” Casey said. “So it’s good if creative people do cool things with them.”