Students speak out about mental health 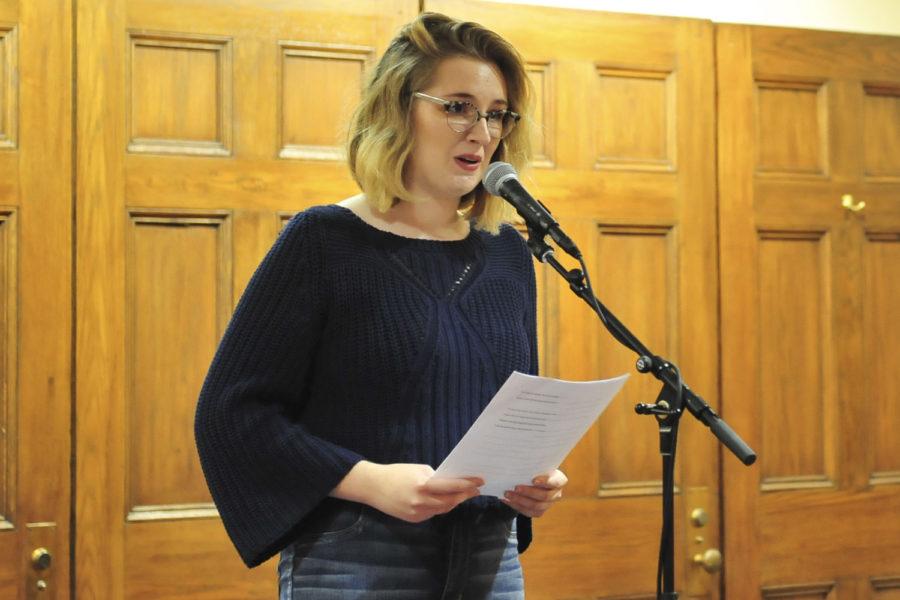 Emiola Jay Oriola said he’s not native to writing poetry — and he didn’t used to like art — but in the eulogy he wrote for his father’s funeral, he found that a poem came out.

“It was very brand new, so I started to cultivate it, seek God and ask ‘what is this?’ and more poetry came out,” he said.

Oriola — a Pitt alum, Pittsburgh Theological Seminary student and winner of seven Pittsburgh poetry slams — was one of several people who recited poetry before an audience of about 40 Pitt students Wednesday night as part of Mental Health Awareness month. The poetry event, called Stay Spoke, allowed attendees to hear others open up about mental illness through spoken word.

“A lot of the events for mental health awareness week are more like students attending something, listening to something, viewing something. We wanted to do something different this year, where students voices could really be heard,” Rode said.

The event featured several Pitt students, as well as two Pitt alumni, who each performed original spoken word pieces relating to mental illness. An impromptu open mic was held later in the evening for audience members to perform material while waiting for Oriola, the last scheduled performer, to arrive.

The performers spoke on a variety of topics — including anxiety and depression, dealing with a friend’s suicide and toxic relationships.

Alex Dolinger, a first-year psychology major, was one of the performers at Stay Spoke. She said poetry is a more accessible way to engage in the dialogue around mental illness, and it is ultimately about reshaping the experiences you have.

“A lot of the people here seemed to have had pretty bad stuff happen to them and I have too,” Dolinger said. “It’s kinda nice to turn that into something beautiful for other people to enjoy.”

Aside from being something others can enjoy, Oriola said people can use poetry to make topics such as anxiety and depression — that otherwise may seem foreign — relatable.

“Poets are kind of like chefs. You make it in a way that people say ‘I didn’t know what these meant separately, but because you did it this way, I understand it and it’s palatable,’” Oriola said.

Rode said performing poetry is effective in communicating problems related to sensitive topics such as mental illness because it can feel like putting on an act instead of directly talking about yourself and opening up to people.

Originally from Nigeria, Oriola said word of mouth and oral tradition are a large part of African American culture.

“Poetry is one of the of the foundations of art,” Oriola said. “And art can be a mirror for life.”