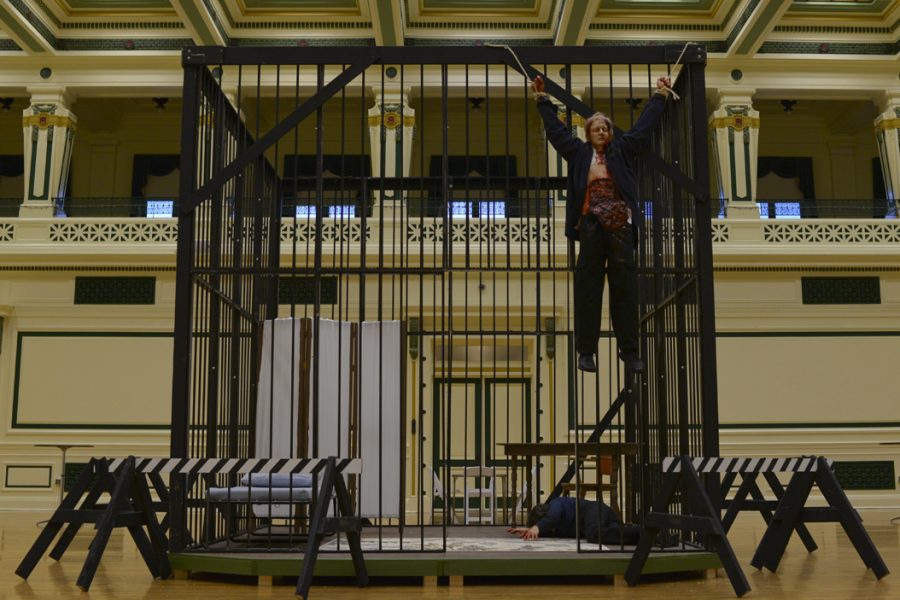 With hundreds of thousands of Halloween titles to rifle through online, the thought of missing out on the spookiest movies can be frightening.

And with Halloween in about a week, there isn’t a better time to sit back with friends, snack on overpriced candy from Rite Aid and nervously laugh at scary movies you thought wouldn’t actually scare you.

From ’70s horror flicks to present-day thrillers, The Pitt News culture staff created a movie lineup that’s sure to startle you, make you laugh and maybe event haunt you for days after.

Sissy Spacek is unforgettable as Carrie White, a shy Christian teen with supernatural powers and mommy issues. Based on the Stephen King novel of the same name, it’s good for fans of suspense, blood and some good ol’ fashioned tragedy. Highlights include Spacek running around in her blood-soaked prom dress and flipping cars with her mind, and getting sweet, sweet revenge against her dreadful classmates.

Putting a comedic spin on an otherwise spooky film, Michael Keaton offers one of his most bizarre, yet humorous performances. Betelgeuse — played by Keaton — is a sleazy ghost hired by a recently deceased couple to rid their former house of the obnoxious family who just moved in. With electric performances by Alec Baldwin, Geena Davis and Winona Ryder, as well as its hilarious yet disturbingly macabre script, the almost 30-year-old Tim Burton film remains a Halloween classic.

Scream is a 1996 slasher film that follows high schooler Sidney Prescott as she is targeted by a masked killer called “Ghostface.” The movie opens with the murders of two high school students, Casey Becker and Steve Orth, which instantly create a feeling of suspense. The killer goes on to target Prescott, calling her at home and threatening her. She believes the killer has the wrong number at first, but when she hangs up, she enters a disturbingly twisted storyline. With its jump scares and gore, “Scream” is the perfect movie for all thrill and suspense lovers who want to be seriously spooked for the upcoming holiday.

This year’s release of “It” not only takes on remaking the popular 1990 miniseries, but also brings Stephen King’s terrifying novel of the same name to life. This film follows a group of socially outcast schoolchildren — known as the Losers’ Club — as they try to take down a demonic shape-shifting clown that is terrorizing their small town. Bill Skarsgard portrays the villain of Pennywise the Dancing Clown with the most petrifying charm, hiding his handsome face behind makeup and special effects. “It” is not a film for the easily frightened movie-goer, but it does master both the horror and comedy genres, making it one of the top films to check out this Halloween season.

A classic for the Halloween season, “Hocus Pocus” is an exciting and hilarious film that will remain relevant until the end of time — even if the hairstyles are out of style. With a perfect balance of horror, comedy and heartfelt moments, this movie became the trend-setter for Halloween films for years to come. Not only does it contain catchy tunes, but Bette Midler, Kathy Najimy and Sarah Jessica Parker make the perfect witches, especially in the on-screen performance of “I Put a Spell on You.”