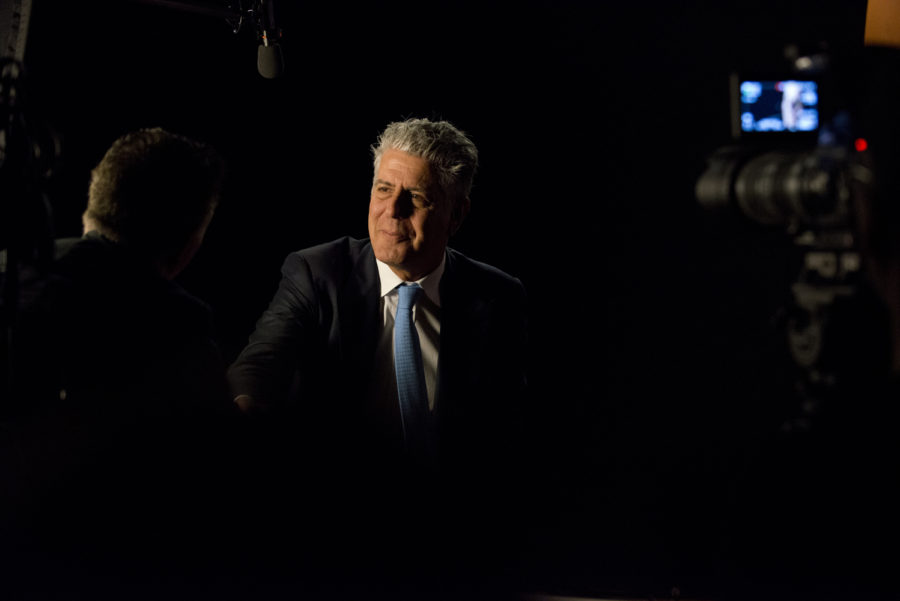 An episode of Anthony Bourdain’s “Parts Unknown” aired last night and showcased the gentrification and displacement in Pittsburgh, to the chagrin of many locals. (Photo via Wikimedia Commons)

When Anthony Bourdain goes to any city, locals are bound to complain that he missed one of the best restaurants or didn’t talk to an important person.

But when Bourdain’s Pittsburgh episode of “Parts Unknown” aired on CNN Sunday night, many Pittsburghers were furious, claiming the show didn’t show the “real” Pittsburgh. Bourdain focused more on gentrification and the Hill District than putting fries on sandwiches and self-driving cars — and that’s a good thing. But many people on Twitter had a different reaction.

PSA: Pittsburgh is not as depressing as #PartsUnknown makes it seem

Dear World, please don’t judge Pittsburgh based on what you saw on #PartsUnknown. It’s really thriving and really lovely. 💛🖤

My boyfriend is from Pittsburgh. I’ve been; it’s a lovely city. This #PartsUnknown episode is super dystopian, not the city I experienced.

These tweets, and dozens more like them, come from a similar, dangerous mindset — “problems don’t exist in Pittsburgh if I’ve personally never experienced or seen them.”

People who were mad about Bourdain’s portrayal probably haven’t been displaced from their home to make room for a parking lot or seen their apartment building demolished for a Whole Foods.

The nature of Pittsburgh’s geography and neighborhood placement makes it pretty easy to avoid some of those concerns. I doubt many Pitt students could tell you anything about the Hill District — Oakland’s neighbor to the north — other than that they avoid it.

“Parts Unknown” focuses on lesser-seen and underreported aspects of the places Bourdain visits. He interviewed former city councilman Sala Udin, a black Hill District resident who talked about the city’s 1950s project which leveled much of the Lower Hill to build the Civic Arena. The city did this with seemingly good intentions of “urban renewal,” but the project displaced thousands of residents, including Udin, and helped isolate the Hill District from Downtown.

This is an important event in Pittsburgh’s history — one the Hill District continues to deal with today. It’s something every Pittsburgher should know about, and Bourdain took the correct path in talking about similar problems within Pittsburgh instead of stroking the city’s ego.

Possibly the most reasonable critique of Bourdain’s take on Pittsburgh is that he was dismissive of Pittsburgh’s tech scene, which has helped rejuvenate a once-dying city. The show mostly wrote off the robot and tech companies and reduced their employees to nerds who are gentrifying the city — which people rightfully took exception to.

But that’s the same dismissive attitude many other media outlets — including some based in Pittsburgh — bring when they discuss the revitalization of East Liberty without giving a voice to people not benefiting from the changing neighborhood.

It’s hard for anyone to describe an unknown city in one TV episode and not anger someone — Bourdain deserves credit for going against the dominant narrative.

The episode was far from perfect and, in some ways, failed to represent Pittsburgh as something other than a generic rust belt town with some racism and some technology. But it posed questions about Pittsburgh’s equality and culture — questions everyone in Pittsburgh should be thinking about even if we disagree on the answers.

There is a sense among the people complaining about the episode that they somehow know what the “real” Pittsburgh is. They seem to think a black resident talking about how his neighborhood was destroyed isn’t “real,” or a Pittsburgher who critiques the tech boom doesn’t deserve a voice.

That isn’t Pittsburgh, the criticism goes, just look at our skyline, isn’t it nice?

You don’t need to agree with Bourdain or the people he interviewed. But if nothing else, this episode should be a reminder that a different side of Pittsburgh is just a bus ride away from Oakland — go out and experience it, meet new people and challenge your view of the city.

Pittsburghers have a lot to be proud of, which the show fell short in bringing to light. Transforming Pittsburgh from a dying steel town into a place where Google and Uber set up shop is no small feat. But it’s not the entire story — and until we swallow some of that pride and are willing to listen to a critique, we’ll never progress to becoming a more equitable city.