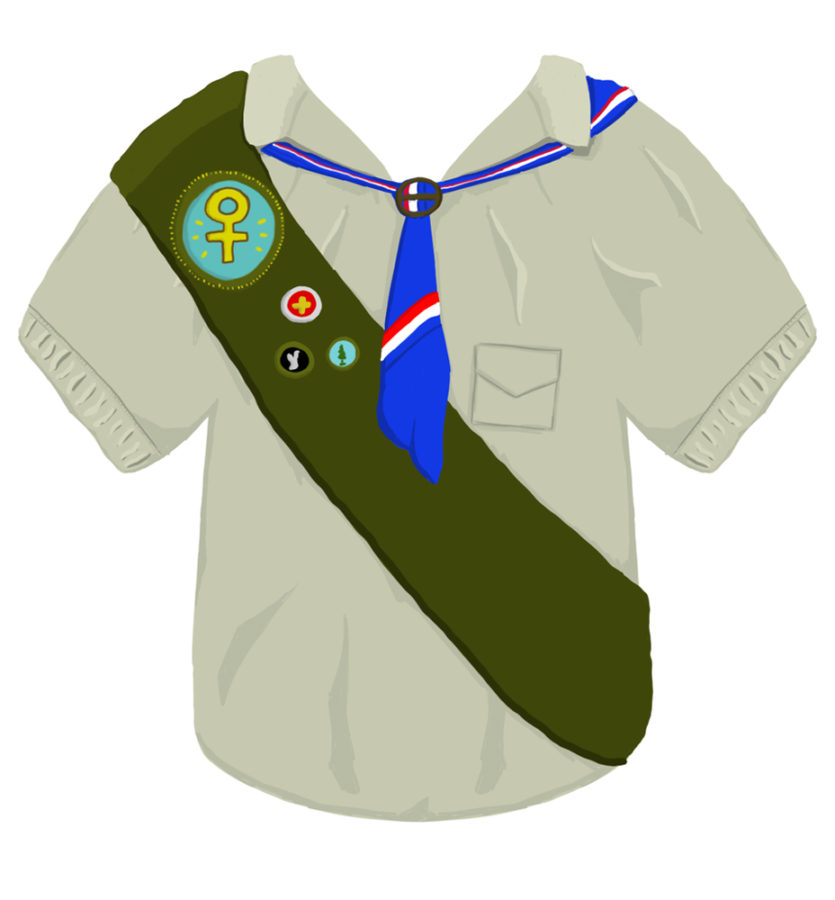 Between completing badges in financial literacy, car maintenance and proper dining etiquette, I learned the importance of diversity during my time as a Girl Scout — at just 10 years old.

That’s why, when the Boy Scouts of America announced earlier this month that they’d soon begin allowing girls into programs, the Girl Scouts’ vitriolic response was so jarring.

“The Boy Scouts’ house is on fire,” the organization said in a press release Oct. 12.

The Girl Scouts went on to name sexual assault charges and financial and programming issues as some of the many problems facing the Boy Scouts. They also said adding girls to the mix will only make the BSA fall faster, acting as an “accelerant” to the house fire that is the BSA.

I can understand the Girl Scouts’ anger at the announcement — since they claim to not have been aware of the decision until it was publicly released. But it’s uncalled for and inappropriate for the Girl Scouts to respond to the BSA’s decision like this. The statement is unproductive and paints girls in a negative light.

Since Girl Scouts is so focused on empowering girls to become strong leaders, it’s strange that they’d expect these same girls to contribute to the Boy Scouts demise by being involved in the organization. They indirectly say the only path to success for a girl is to be a Girl Scout, which seems to be at odds with their view of girls and diversity.

The organization had the opportunity to be faithful to its principles and congratulate the BSA on their steps toward becoming more inclusive — but instead chose to fan the flames of a fire that’s been quietly burning since the inception of both organizations.

On the surface, the two organizations looks fairly similar. Both focus on earning badges in activities like camping, budgeting and first aid, and both offer programs in STEM fields. But the differences between Boy and Girl Scouting run much deeper than a patch on a vest.

As the scouting movement grew internationally in the early 20th century, the Boy and Girl Scouts fostered distinct missions — Boy Scouts established themselves as a conservative organization while Girl Scouts pushed a more progressive agenda of empowering girls.

The Girl Scouts embraced their liberal stance by officially allowing girls to substitute “God” in the Girl Scout Promise with anything to encourage individual development of spiritual beliefs, whereas the BSA still forbids atheist or agnostic boys from joining.

Yet, here we are in 2017 — the BSA has taken a significant step to adapt their policies, progressing in favor of those who wanted this change for years. And the Girl Scouts, who’ve pioneered innovation and social change since their inception, tore their new policy apart.

One reason Girl Scouts is so against these coed options is because the organization believes in the power of a “single-gender environment.” But the Boy Scouts’ change will still allow for that. Although girls will soon be able to join Cub Scouts, a program within Boy Scouts for first through fifth graders, the experience won’t be completely mixed.

In Cub Scouts, kids are members of dens, which make up packs. When girls begin joining in 2018, they will have the option of forming all-girl packs, or all-girl dens within coed packs. If Girl Scouts looked objectively at the premise of the program, they would agree Boy Scouts is indeed upholding the value of single-gender environments.

Boy Scouts’ chief scout executive said in a statement they made the decision to include girls after repeated pleas from families who wanted the convenience of having their kids involved in the same organization, as well as girls who wished to have the same opportunities as boys in the program.

One New York girl, Sydney Ireland, petitioned on Change.org for the BSA to let girls become Boy Scouts — specifically for her to be able to earn the Eagle Scout, the highest honor in Boy Scouting.

“I am determined to be an Eagle Scout” wrote Ireland, who’s been an unofficial Boy Scout and member of Manhattan troop 414 since she was four years old. “It isn’t just a hobby, it’s access to some of the best leadership training there is.”

If girls like Ireland are so determined to be Boy Scouts, it’s obvious Girl Scouts can’t offer them the same opportunities for leadership development and personal growth.

Of course, Girl Scouts does offer an equivalent to the Eagle Scout — the Gold Award. Both projects involve carrying out an extensive community service project subject to review and approval by the boards of the Boy and Girl Scouts. Girls like Ireland, however, see enough of a difference between the two.

It might seem easy to decide that girls are best suited to Girl Scouts because of how structurally comparable the organization is to Boy Scouts, but it’s important to realize that girls themselves are at the heart of this decision — not feuding bureaucracies. Everything that has been true of Girl Scouts in the past will continue to be true, and girls who find fulfillment in the organization should absolutely continue their involvement there. But let those who prefer to be elsewhere make that decision for themselves.

Personally, I don’t regret my participation at all. I grew up together with the girls in my troop. We learned to make homemade noodles, we cleared a nature trail in the woods. These things could just as easily be true of a Cub Scout Pack, and for those who feel more suited to that, they deserve the opportunity to partake in it.

If Girl Scouts cares first and foremost about the power of every girl, they should be celebrating the fact that an organization as revered as the BSA wants to extend their opportunities to girls in America. Unfortunately, their reaction suggests the success of their own agenda might be their priority.

I expected better from an organization that has done so much good, especially in my own life.

Sarah primarily writes about social issues and Pittsburgh life for The Pitt News. Write to Sarah at [email protected].