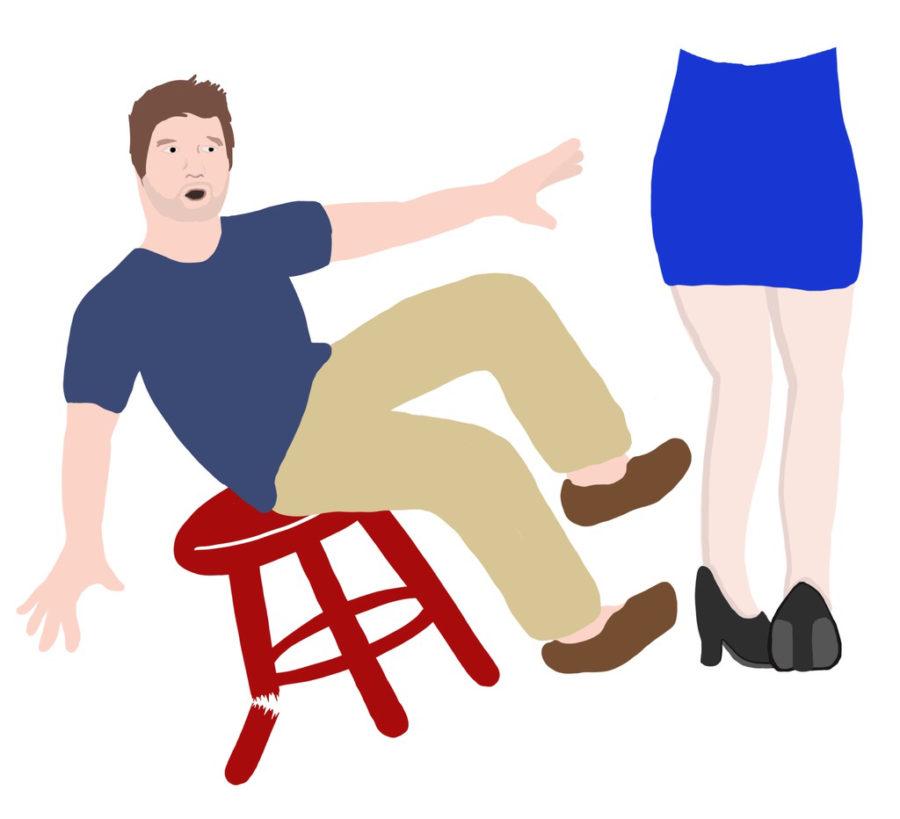 If you’re a sports fan who appreciates quality writing, in-depth coverage and analysis, you may follow ESPN, Sports Illustrated and FiveThirtyEight.

If you’re a sports fan who loves lukewarm memes, ridiculous hot takes and articles and photos that degrade women, you might follow Barstool Sports.

Barstool Sports is a popular satire site that focuses on lewd listicles and repugnant rants to summarize the classic “locker-room talk” all manly men love.

The outlet also boasts a popular Twitter account — which has nearly 1 million followers — and a college brand, BarstoolU, which has branches at nearly every major university in the United States, including Pitt.

After a failed attempt at a show with Comedy Central earlier this year, the guys at Barstool wiggled their way onto the airwaves again by partnering with ESPN for a new late-night talk show. The program was called “Barstool Van Talk,” and aired on ESPN2.

They failed, again. After one episode, ESPN cut ties after realizing the cringeworthy content that makes Barstool so popular was now poorly representing their company.

“I erred in assuming we could distance our efforts from the Barstool site and its content,” President of ESPN John Skipper said in a statement released Monday, after news of the show’s cancellation.

Though Barstool’s time at ESPN was short, there was major uproar over their partnership right before the debut episode aired last Tuesday. It sparked a heated debate between ESPN Sunday NFL Countdown host Samantha Ponder and Dan Katz, the host of Barstool’s new show.

Ponder sarcastically welcomed Katz to the ESPN family the day before his new show aired by tweeting a photograph of an article Barstool published in 2014. Barstool President David Portnoy wrote the article about how Ponder’s only job was to “make men hard.”

Based on their history as a site, no one should be surprised Barstool is in the headlines — once again — for publishing content that is pointlessly crude.

Portnoy published a piece in 2011 that sexualized Tom Brady’s newborn baby. He also pushed for “bringing back” the c-word three years later, after getting into a Twitter argument with “some feminist” writer at Jezebel.

Portnoy has even hit Pitt recently. On the sidelines of the football game between Pitt and Oklahoma State in September, a female Pitt fan was filmed participating in a sideline activity — taking part in a race as a “hopper” on a bouncy ball — which aired during ESPN’s coverage of the game.

As the footage played, the network’s announcer remarked, “I should probably end by saying that and not add anything else that I am perhaps thinking.” Portnoy picked up the bizarre commentary on Twitter, adding a comment that suggested the ESPN commentator was sexually fantasizing about the Pitt student.

The tweet collected more than 150 retweets and 1,300 likes — and an abundant amount of disgusting replies.

An ESPN spokesperson later told The Pitt News the commentator did not intend to make a sexual remark and was simply commenting on the absurdity of the activity in general. It was the comment from Portnoy that took the video out of context and opened the door for dozens of people to make predatory remarks.

As a woman who writes sports, I cringe when I see Barstool pop up on my Twitter timeline. It’s not about Sam Ponder, it’s not about Tom Brady’s baby — it’s about the whittling down of sports to a gross masculine by-product.

It should make sense now why ESPN would drop the ridiculous brand — it shouldn’t have even given Barstool a chance in the first place.

But ESPN isn’t the only problem. Every single one of Barstool’s followers on Twitter, Instagram, Snapchat and Facebook is at fault. There is no reason Barstool should be as popular as it is. Aside from the blatant sexism, it is plainly unfunny.

Portnoy has defended himself on numerous occasions, citing that Barstool “has made fun of every single race, religion, creed and gender.” Two wrongs do not make a right, and that is a deeply flawed way of thinking. It also ignores that many of their “jokes” come at the expense of women.

If you’re a sports fan, take a page from ESPN’s playbook — distance yourself from Barstool. If you want comedy and sports, follow the Onion Sports Network or — my personal favorite — PITT BASKETBALL SHOUTING on Twitter. They make sports funny, without exploiting people for cheap laughs.