Horror movie classics should be standard for scares 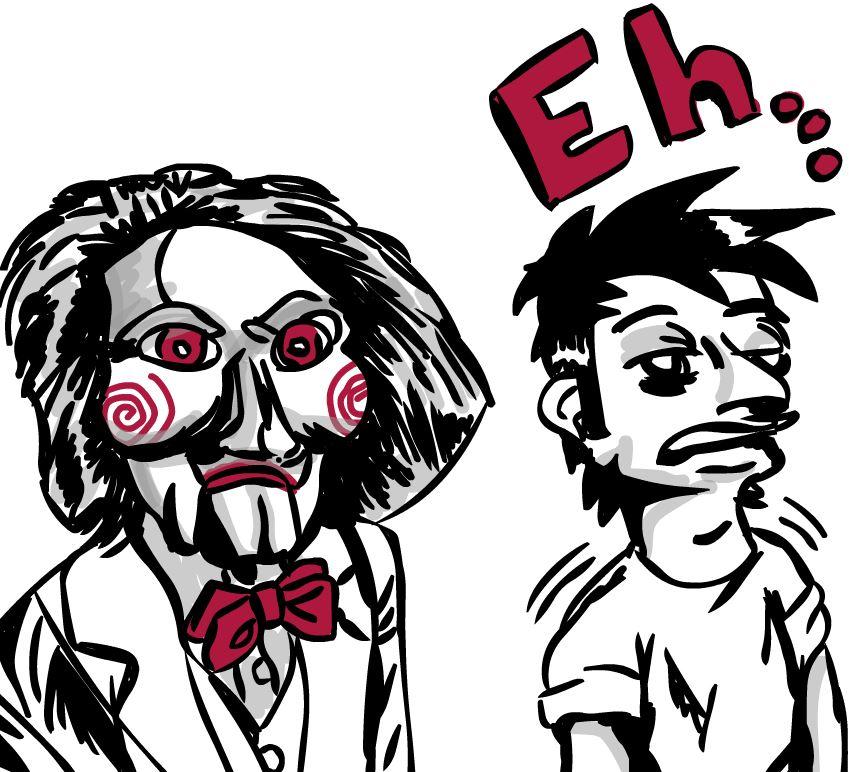 By Maggie Durwald | For The Pitt News

Johnny and Barbara arrive at their father’s grave in rural Pennsylvania, a storm brewing in the distance. A gaunt, staggering man approaches silently across the landscape of headstones. He murders Johnny. Barbara flees. The man — a zombie — gives chase.

Her brother’s last, teasing words of warning turn into the plot of the movie — “They’re coming to get you, Barbara!”

“Night of the Living Dead” was written by George Romero in 1968, who filmed it 30 miles north of Pittsburgh in Butler County with a cast of Pittsburgh natives. The movie came out at the tail end of a decades-long golden age for horror films and remains a cult classic. But they just don’t make them like they used to.

There’s a risk in mentioning the recent decline of the horror genre. It comes across as cantankerous and pettish. Nevertheless, as this is the end of the season for frights, it’s a retrospective plunge worth making.

The horror genre is boundless. It allows for freedom of ideas that are less welcome within more formulaic genres like rom-coms and disaster movies, not to mention within the scope of the average person’s moral compass. It’s also a heavily disputed genre. Two competing conceptions of horror see the genre primarily as a source of adrenaline rushes and momentary thrills or, alternately, as a realization of deep fears that stick with you long after leaving the theater.

Horror is at its best when it leaves you deeply unsettled or when it calls something about humanity into question. An important feature of classic horror movies was that they reflected the anxiety of the times they were made in. Buried within “Night of the Living Dead,” for example, is a commentary on racial issues in the United States. An African-American man placed in a role of authority resulted in deep conflicts with the other white characters. Similarly, “Dawn of the Dead” made remarks on American consumerism. 1968’s “Rosemary’s Baby” acted as a comment on rape culture and the omnipresent threat of sexual assault.

Social commentary is conspicuously absent in the most profitable movies of the genre today. There’s little for an audience to glean, for example, about social unrest from a movie like “Paranormal Activity.” Movies that focus on the “found footage” approach attempt a higher level of realism in how they present an individual’s experience at the expense of a wider social applicability.

Anyone can cut off an arm to make you queasy, but it takes a bit more artistry to leave you unsettled days later. Unfortunately, slasher films filled with excessive violence and gore have carried the genre since the 1970s and 80s. Look at “A Nightmare on Elm Street,” “Friday the 13th,” “The Texas Chain Saw Massacre” and “Halloween.” Each is a story of a group of poor unfortunate souls who stumble upon the wrong house, summer camp or moment in time and are met with utter massacre.

Movies like these are fine for those who want 90 minutes of missing appendages, blood, guts and mindless murder. However, once the movie is over and the adrenaline flushes out of your system, you’re not left with much. Perhaps the sound of a chain saw might cause a visceral reaction, but the movie has given you very little to chew on or mull over in the dark hours of the night.

If you look at Barbara from “Night of the Living Dead,” the audience is presented with a far more speculative and compelling question than “The Texas Chain Saw Massacre” could ever produce. Both ask “what would you do?” but the unrelenting slashing of “The Texas Chain Saw Massacre” doesn’t allow the audience much time for situational speculation. Between action scenes in “Night of the Living Dead,” Romero allows audiences to ask themselves, “who are you in a crisis?” and “when would you break?”

At the center of another criticism of the modern genre is the jump scare. “Sinister” screenwriter C. Robert Cargill once described the jump scare as “a magic trick.” When pulled off properly, a loud noise or sudden appearance of a frightening image is meant to elicit a jump from the audience.

But jump scares are no longer as impactful as they once were — mainly because of their overuse. According to Where’s the Jump, a website that catalogues all the timing and circumstances of jump scares in horror movies, modern horror films follow a highly predictable formula for timing these moments.

A dozen randomly chosen films produced after 2000 all had jump scares within mere minutes of the 30 minute mark, the one hour mark and the hour and 20 minute mark.

This algorithmic configuring of scares is indicative of a serious degradation of the genre. Movies that follow this formulaic trend aren’t effective anymore — not in the same way films such as “Psycho” and “The Haunting” were. Both of those movies spent a great deal of time building up tension throughout movie to employ highly effective jump scares toward the finale.

The horror genre will change to fit the demands of consumers. If that includes plotless products heavy in cheap scare tactics and gallons of fake blood, then there’s no stopping the machine. There are eight “Saw” films that fit this description, the first seven of which have grossed a combined total of more than $415 million and the latest of which — “Jigsaw” — has grossed $16 million since its Oct. 27 release.

Perhaps horror won’t go back to the way it was — with financial successes like “Jigsaw,” there’s no real reason to do so. And not every new movie is inherently bad. But it’s worth recognizing that horror has lost some of its artistic importance in favor of shock value and cheap scares. And if we want to make horror movies worth watching again, we’ll have to regain it.

Write to Maggie at mad338@pitt.edu.