Sticks and stones may break our bones, but memes should never hurt us 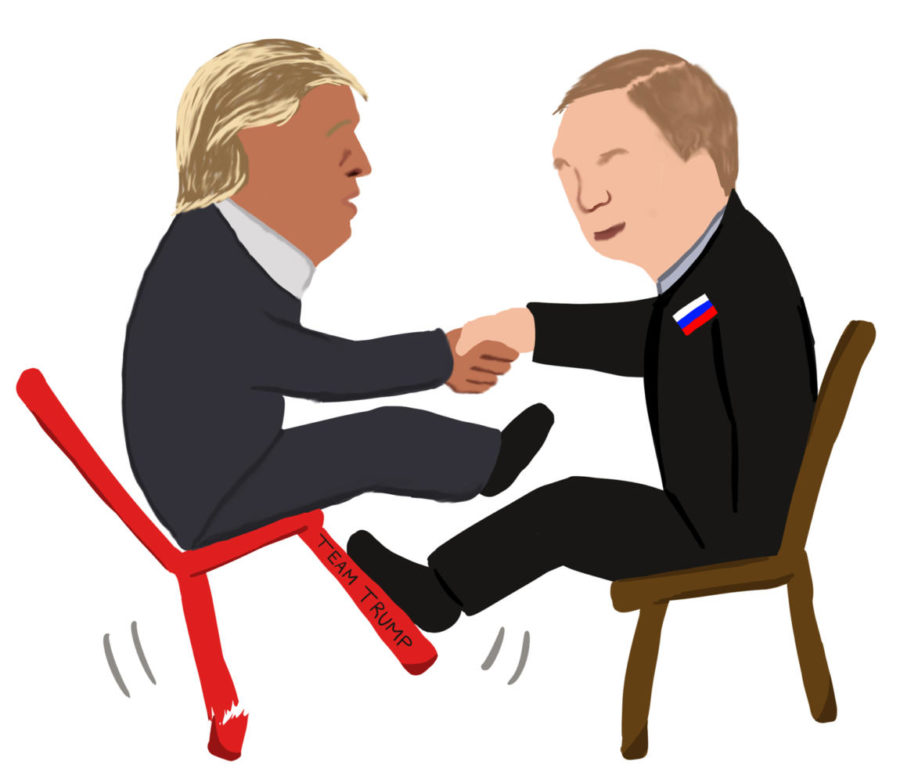 By Neena Hagen, For The Pitt News

The Senate is used to strange occurrences, but Nov. 1, our legislators discussed a group of memes which are purportedly evidence for Russian influence in the 2016 presidential election.

The U.S. intelligence community thinks the memes were part of a sophisticated network of propaganda used to support President Donald Trump and denigrate Hillary Clinton, which they detailed in a January intelligence assessment.

But all the signs seemingly point in different directions. Contrary to popular belief, Russian propaganda wasn’t used to simply support Trump — the campaign was one to undermine faith in the U.S. democratic process and exacerbate the already vast political divides in our country.

The fake Facebook ads were formatted as memes, or photos and posts that go viral, and strategically planted on social media and tailored for very specific demographics. They covered controversial issues from the Black Lives Matter movement to gun control, ensuring a plethora of opportunities for online outrage and tension.

Some featured radical left-wing statements promoting the Black Panthers as a U.S. anti-Ku Klux Klan organization dismantled by the U.S. government — others appealed to the conservative base by likening Clinton to the devil fighting against a Jesus wearing boxing gloves.

Yes, a majority of the ads were seemingly targeted toward conservative voters, but there were a few targeted toward a liberal base — such as a LGBTQ+ rainbow coloring book featuring Vermont Sen. Bernie Sanders.

Seeing conservative memes is nothing new — in fact, a popular right-wing photo of Pepe the Frog was best known for its ties to white supremacy after the 2016 election dust settled. But the revelation of Russia-generated liberal-leaning memes in addition to conservative content conflicts with the U.S. intelligence community’s report that the effort was pointedly pro-Trump.

Instead, it’s clear looking at the ads that Russia’s intent was to sponsor instability on a national level.

“Essentially what they’re doing with some of these memes is like a culture mash,” Professor Jennifer Grygiel of Syracuse University said. “It’s almost like remixing American culture, and in this case some American fears.”

Grygiel teaches communications at Syracuse and specializes in memes. In an interview with Wired, they spoke about the memes’ divisive intent and lazy content alike.

Grygiel referred to the numerous noticeable mistakes in the English language memes, including problems with verb conjugation and misused idioms — mistakes they claim could have been a purposeful attempt to imitate the average American on the internet.

The posts were very image-heavy, both to minimize the possibility of linguistic giveaway errors and because the ads were specifically designed to play upon identity politics, an emotional and messy field of politics. Photos have an emotional power, particularly on social media, that essays or wordy posts simply could not achieve.

The content of the ads fed into voters’ greatest concerns about America — on both sides. Grygiel specifically noted the provocative composite of cowboys, pride flags and women in burqas making up one Heart of Texas ad. Anyone living in America in 2017 would understand how inflammatory this combination would be.

But the most embarrassing part of this entire propaganda debacle is not the trolling itself — it’s the U.S. government’s response. At the congressional meeting Nov. 1, the government obsessed over the memes as if they were a crisis of national integrity — as if there had been direct influence on Election Day at polling places. Now, instead of being embroiled in arguments about who will become our president, Americans fight over emotional issues that often distract from greater, more pressing matters at hand.

The fact is, the United States is a more divided country than it has ever been, and the tensions are only further exacerbated under our current president. Russian propagandists may have attempted to worsen these divisions, but this is a problem Americans have ultimately created on their own.

And it’s a problem Americans can ultimately solve on their own, without regulating platforms meant to promote free speech. Russia’s attempts should have fallen flat considering their main approach used memes — perhaps evidence of the hold internet culture has on society, but even more so a call for Americans to remember the old adage they’ve probably heard from their parents.

“Sticks and stones may break my bones, but words will never hurt me.”

Yes, it seems simplistic — but if we all remembered these Russian memes have no true political power, we might just have the power to ignore them and work on healing the divisive wounds left by the past two years.

At the very least, all of this has made one thing clear — we’d be much stronger as a country if we could shrug off a few Facebook memes as easily as we do responsibility for our own shortcomings.