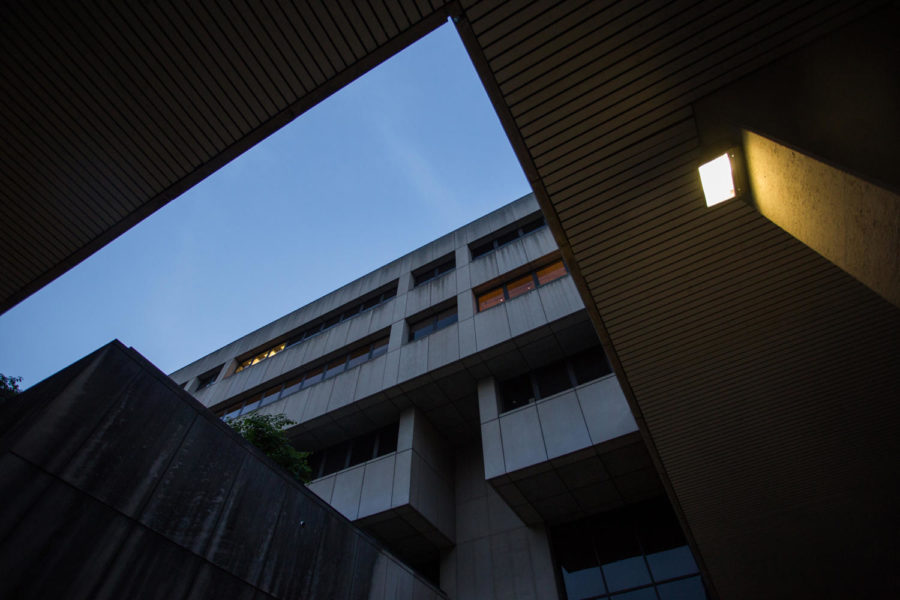 A former Pitt law student has sued the University, claiming Pitt employees mistreated her when they responded to a Title IX complaint she filed.

Hannah Rullo filed a lawsuit Oct. 25 in the U.S. District Court in Pittsburgh against the University of Pittsburgh saying she was subjected to gender discrimination by Pitt employees and the University’s Title IX office.

Rullo had filed a Title IX complaint against her ex-boyfriend last September but says Pitt officials didn’t conduct a thorough investigation, the lawsuit claims. The incident ended with her being suspended from Pitt.

The lawsuit alleges Pitt did not take Rullo’s complaints seriously and engaged in “deliberate indifference” that resulted in an unsafe environment.

Rullo’s lawsuit singles out Kevin Deasy, associate dean of students at Pitt Law, and Kristy Rzepecki, a Pitt Title IX office employee, as discriminating against her during the process of filing a Title IX complaint.

University spokesperson Joe Miksch said in an email Monday that Pitt doesn’t comment on pending litigation. Rzepecki did not respond to a voicemail left on her office phone Monday morning. The Title IX office declined to comment and referred questions back to Pitt’s communication office.

According to the lawsuit, beginning in October 2015, Rullo began dating Leonel Enrique Mendieta. She claims Mendieta was abusive. The relationship continued until August 2016 — by then, both were students at Pitt Law.

The lawsuit describes a Sept. 2, 2016, incident in which Rullo says Mendieta beat her after he got drunk. It says she called the police, but when they arrived and questioned Mendieta, Pittsburgh police arrested Rullo. Mendieta alleged in a protection-from-abuse order filed Sept. 6, that Rullo had assaulted him during the encounter. The charges against Rullo were later dropped, court documents show.

In the PFA filed against Rullo, Mendieta claimed Rullo pinned him down and punched him. Rullo filed a PFA the next day, claiming Mendieta punched her repeatedly and she feared he “might have his gun on him.” The two PFAs both say the two had dinner and went back to her apartment, but drastically differ in who was guilty of assault.

Mendieta didn’t respond to an email or pick up two phone calls placed Monday morning. Rullo didn’t answer the phone when reached at the number listed on her PFA.

On Sept. 7, Rullo claims she received a call from Deasy — who taught a class both Rullo and Mendieta were enrolled in — requesting she come to his office.

Rullo’s lawsuit then says she faced a pattern of abusive behavior on campus after the incidents. The lawsuit says Mendieta’s friends passed around a mugshot of Rullo on Sept. 13 from when she was arrested. The lawsuit mentions another incident in which Mendieta allegedly made an inappropriate comment toward another female student.

Rullo told the Title IX office about these incidents “because of her safety concerns regarding continued interaction with Mendieta and his associates and supporters,” the lawsuit says. Rzepecki accused Rullo of lying about the mugshot because it’s difficult to get a mugshot, the lawsuit says.

Rullo contacted her professors, including Deasy, on about Sept. 21, telling them she was “suffering severe anxiety which was interfering with her studies,” the lawsuit says. Deasy agreed to a meeting, but after the meeting was confirmed, Rullo received an email from “the federal student loan servicing organization essentially notifying her that [Pitt] had changed her student status from a full-time student to a leave of absence,” the lawsuit says.

In the lawsuit, Rullo also disputes the University’s chronology about when she filed a complaint with the Title IX office. She also claims “no investigation was taking place.”

Rullo informed Rzepecki on Oct. 6 of a photo a friend of Mendieta’s was circulating of her in a “somewhat revealing Halloween costume,” according to the lawsuit. Rzepecki told Rullo she couldn’t do much and said, “Why do you girls dress up like that? What do you expect?” the lawsuit says, adding that Rzepecki laughed at Rullo.

Rullo stopped attending classes Oct. 3, 2016. On Oct. 14, Pitt informed her Mendieta had filed his own Title IX complaint, according to the lawsuit.

In a meeting on Nov. 8, 2016, Rzepecki accused Rullo of making false allegations, according to the lawsuit. The lawsuit says Rullo provided substantial evidence of medical records, interviews and court documents in regard to her gender discrimination Title IX complaint.

The Title IX office and a review board concluded Rullo violated the student code of conduct related to dating violence, the lawsuit says. Effective April 21, 2017, she faced suspension until the fall 2017 semester, a mandatory Title IX workshop and disciplinary probation for her remaining semesters.

This article has been edited to more accurately describe Rullo’s claims against Deasy regarding her bruises.